Indiana got off to a rough start at Cameron Indoor Stadium on Tuesday night. It allowed the Blue Devils to jump out to an early lead, one from which the Hoosiers were never able to recover.

We’ll take a look at what went wrong for the Hoosiers in the early stages of the game in the latest edition of Film Session:

Duke is set up in its three-quarters court trap it threw at the Hoosiers during the opening minutes of the game. Robert Phinisee finds Al Durham Jr. over the top of it: 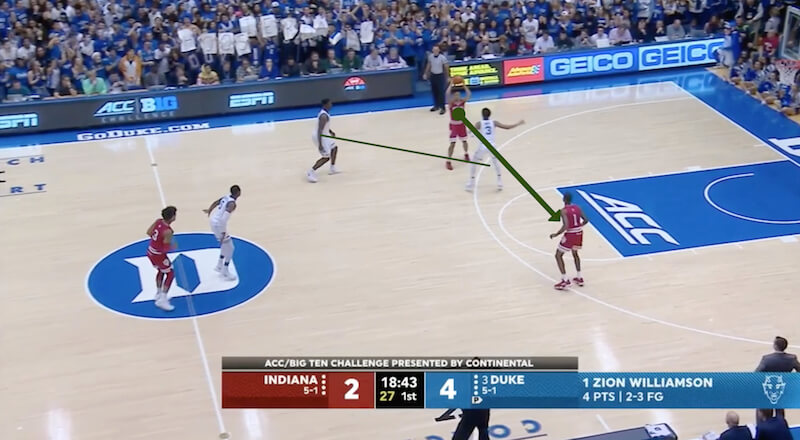 Durham takes it up the left side of the court and throws a long pass to the right short corner: 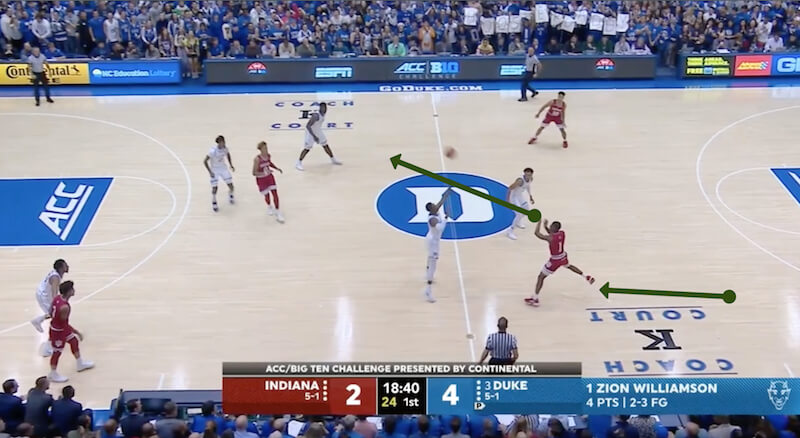 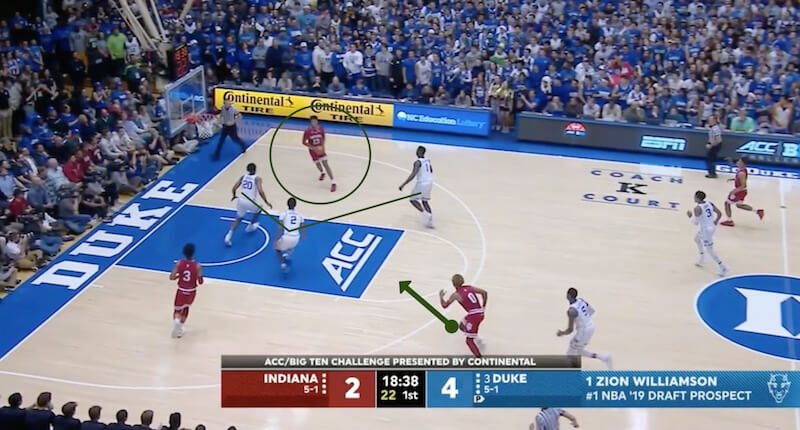 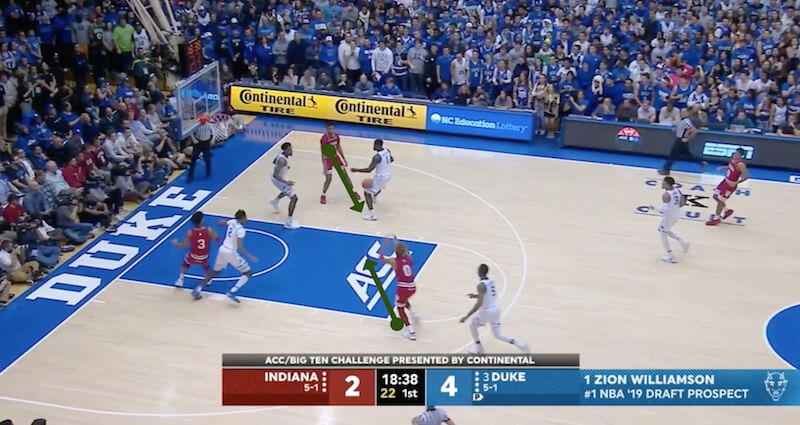 But Cam Reddish helps off Justin Smith and knocks the ball loose as Langford goes up to the cup: 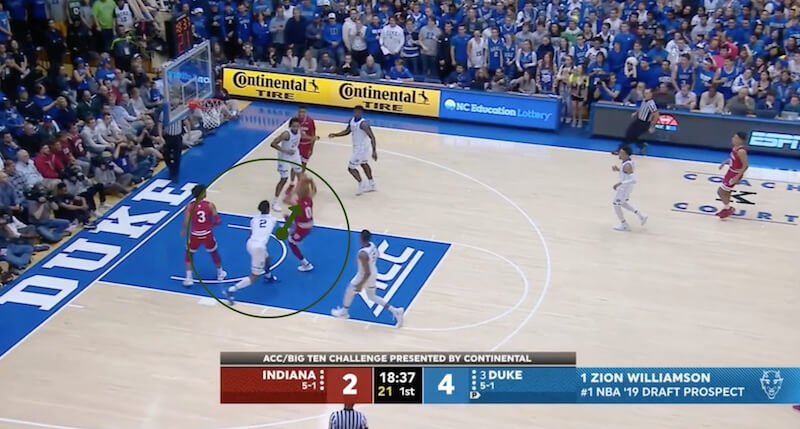 It lands with Zion Williamson and the Blue Devils are off to the races: 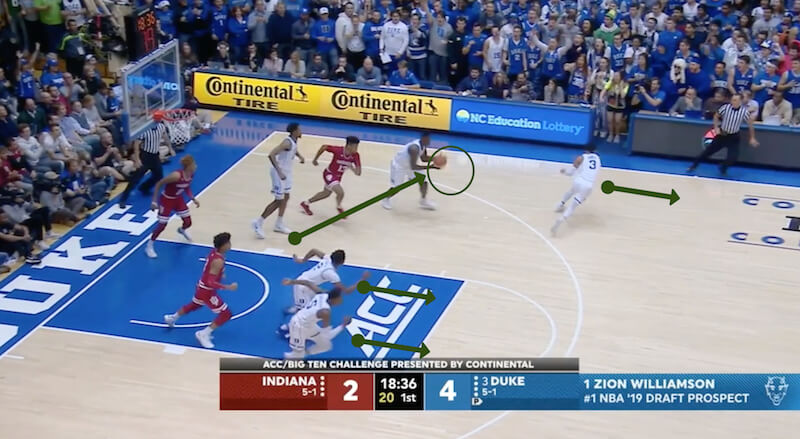 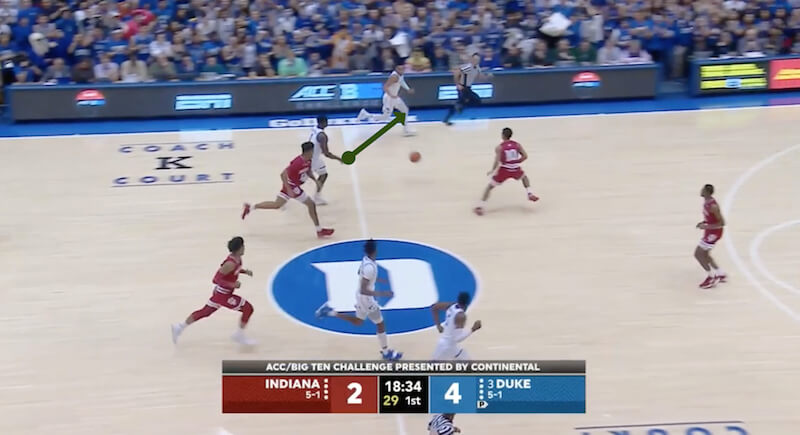 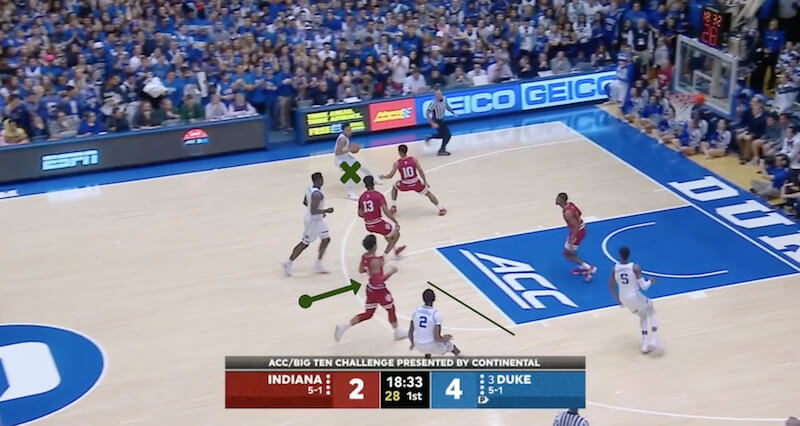 Smith sees the pass come as he continues to head south: 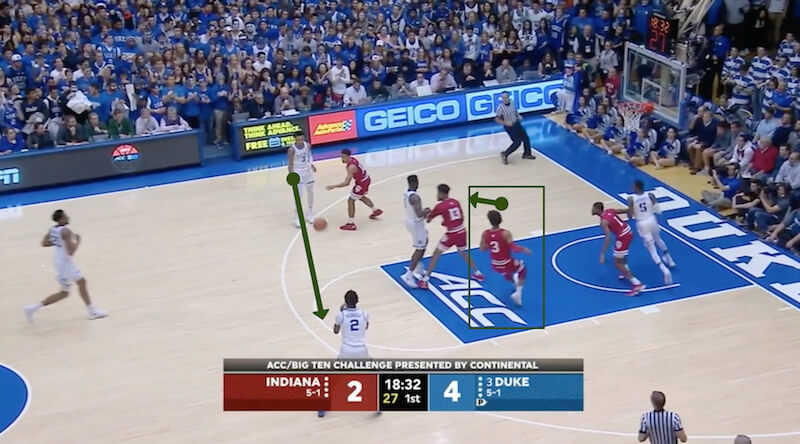 He has a lot of ground to cover as Reddish hoists the 3-pointer: 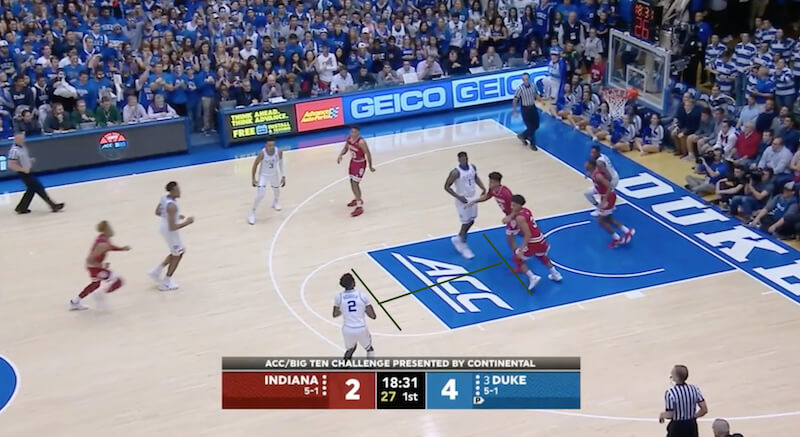 Reddish hits the 3-pointer as Smith never even attempts a close out: 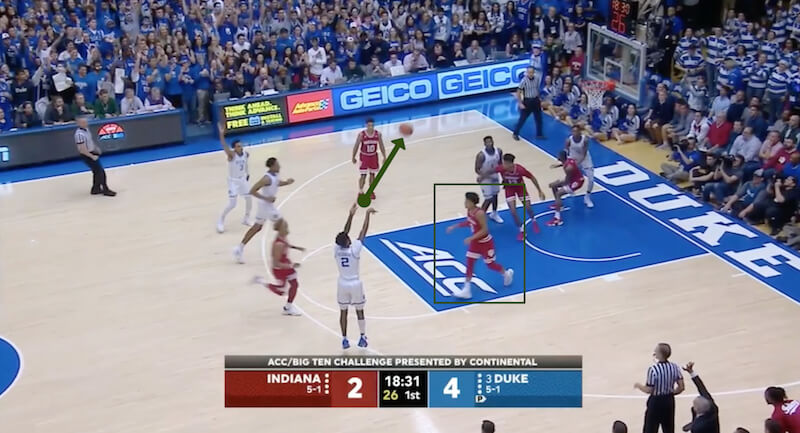 A turnover followed by lack of awareness in transition for the Hoosiers here.

Continue to page 2 to see another Indiana turnover: