It’s now the second half and the Hoosiers set up in their 2-3 zone: 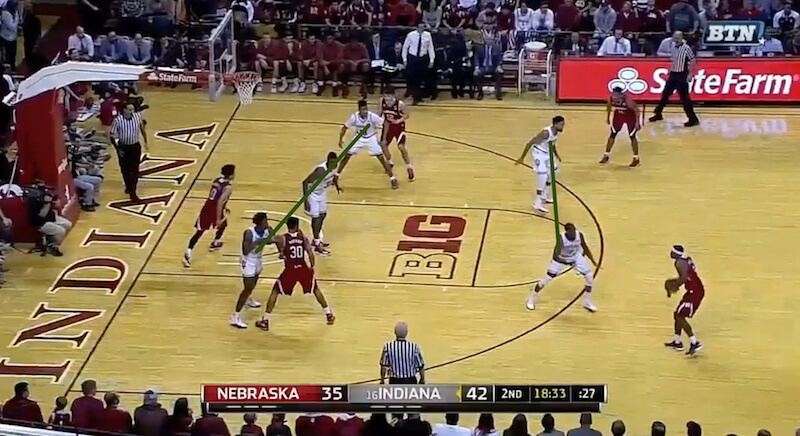 Webster flashes to the middle and receives the pass: 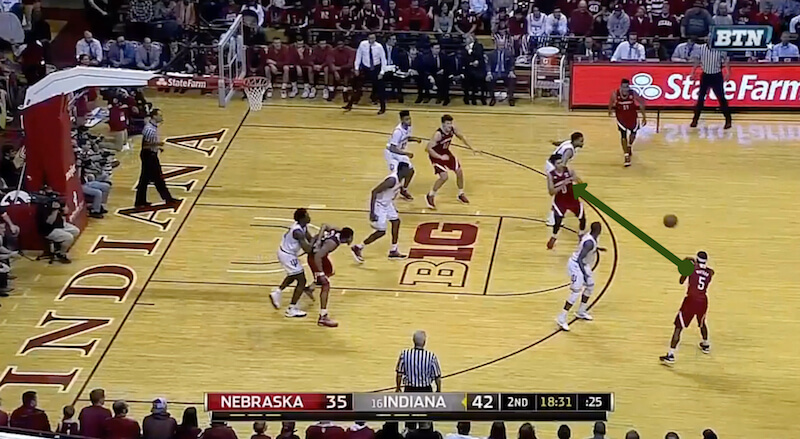 Bryant comes up from the back line of the zone to ward off the quick shot: 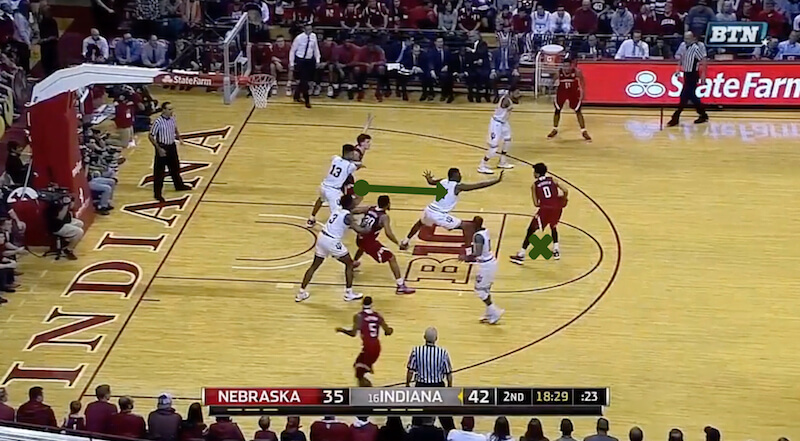 So Webster enters the ball to Michael Jacobson: 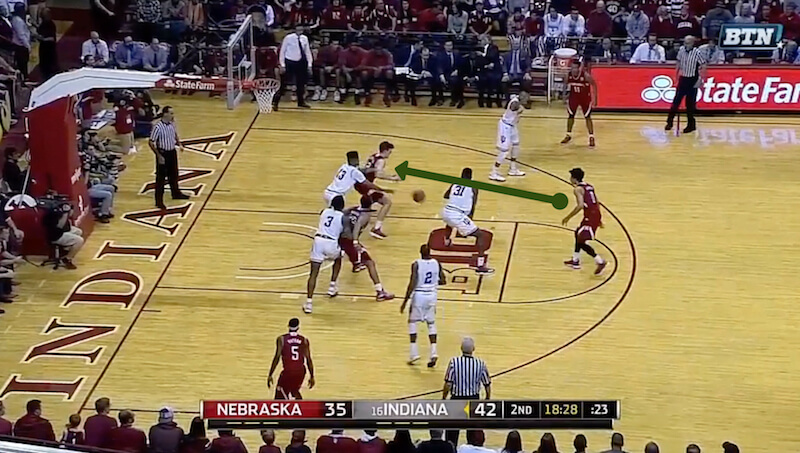 Bryant decides to double down hard on him. And with Josh Newkirk and Blackmon Jr. spread out on the perimeter, Jacobson simply passes it right back to Webster at the top of the key: 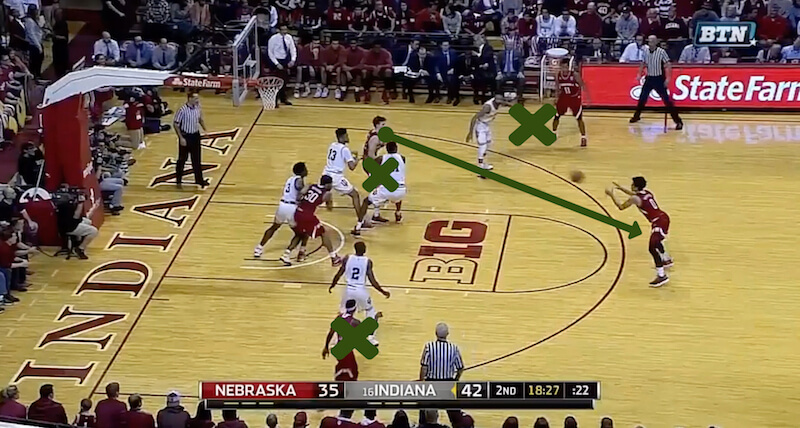 He has plenty of time to rise, fire and hit: 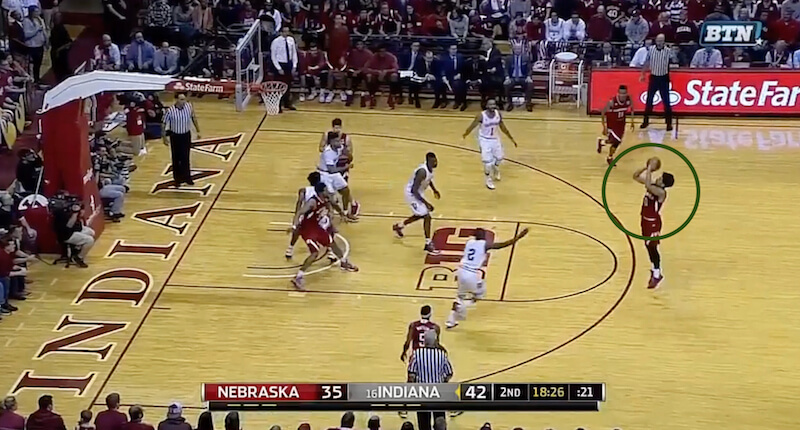