The Cornhuskers swing the ball around the perimeter: 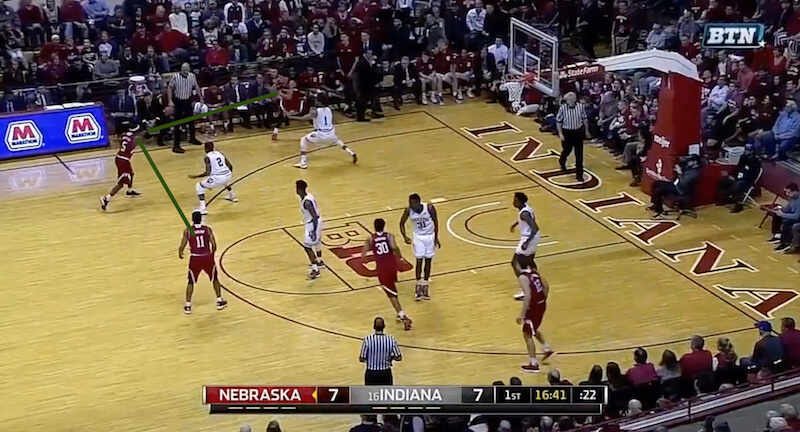 Webster has the ball near the left corner and James Blackmon Jr. plays him tight: 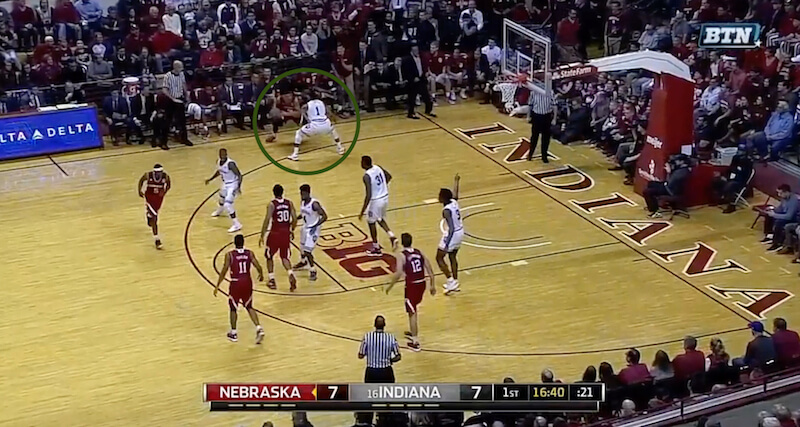 This allows Webster to blow by him and he again has a lane to the basket. Bryant doesn’t get in front of him. He instead reaches: 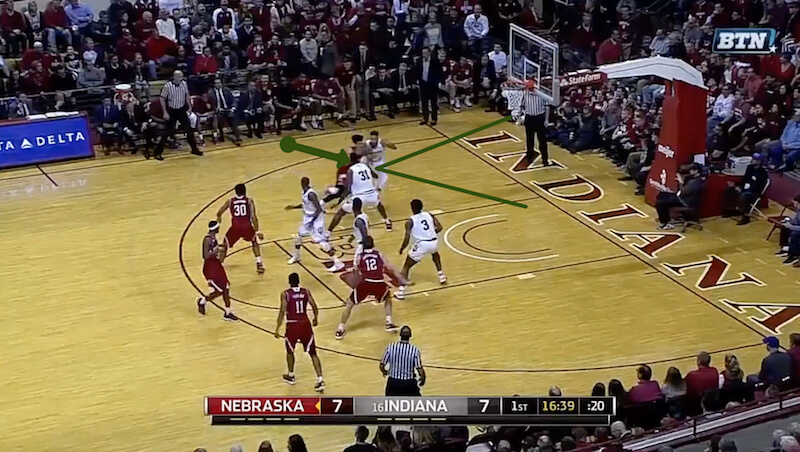 While Blackmon Jr. does a decent job recovering, Anunoby again plays behind Webster on the help and he again gets a good look at the rim he converts on: 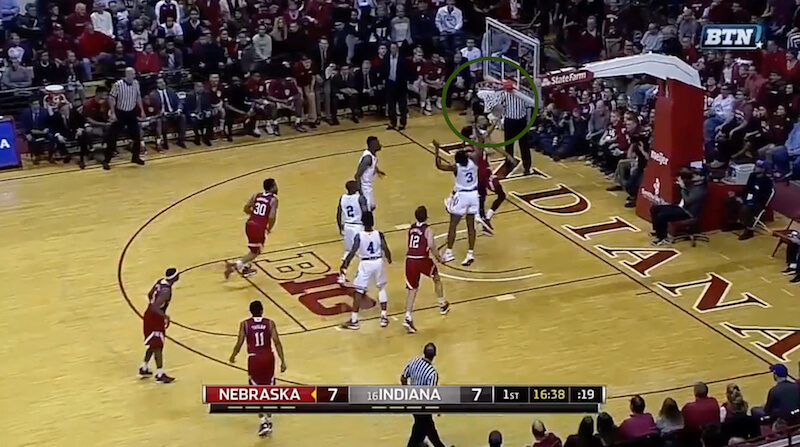