In the zone once again just a little later in the second half, Roby again flashes into an opening in the middle of the zone and receives the pass: 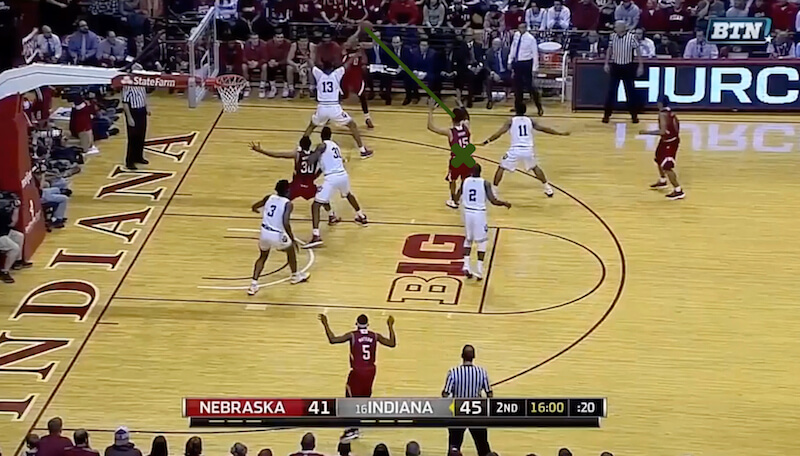 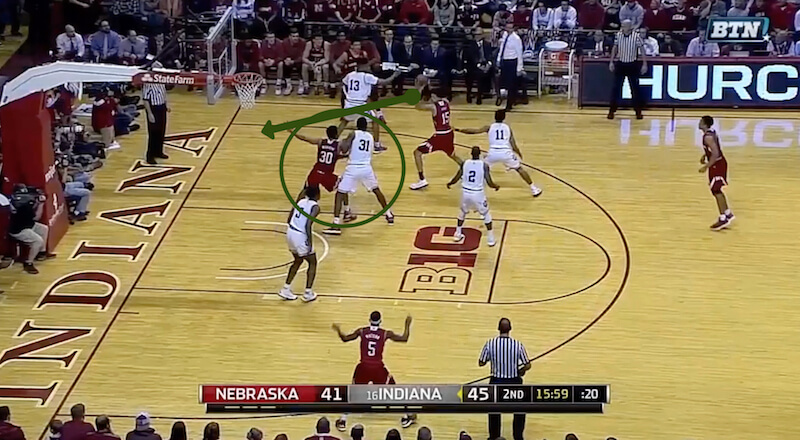 It’s one dribble and an open lay-up for Roby, two of Nebraska’s 40 points in the paint: 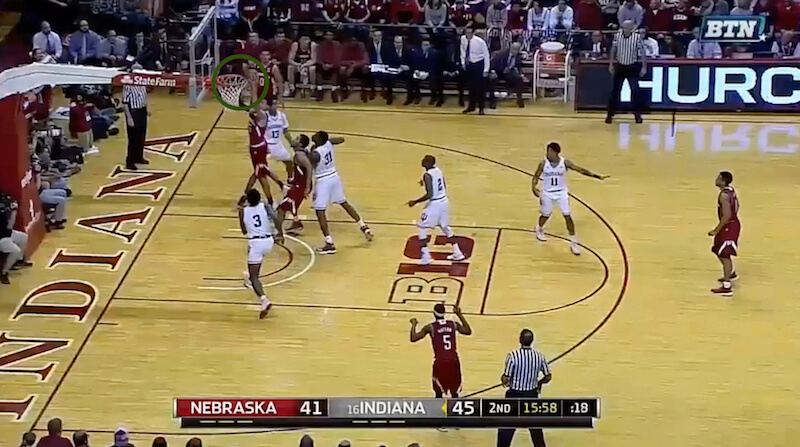 Doesn’t get any easier than this.