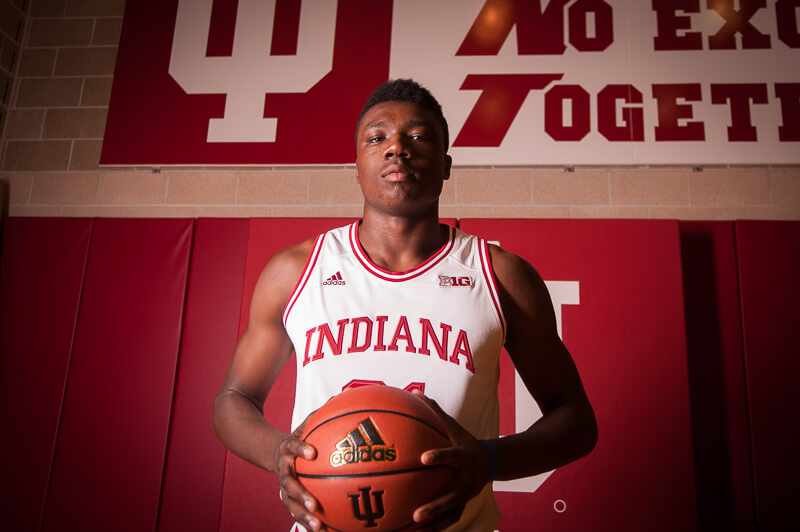 With the start of college basketball season on the horizon, we’re taking a long look at the conference at large as well as Indiana’s roster this month. Today, we continue our look at Indiana’s roster with Thomas Bryant.

When Indiana’s 2015-2016 season ended in Philadelphia with a 101-86 loss to North Carolina in the NCAA tournament Sweet Sixteen, Thomas Bryant and Tom Crean shared a moment in the locker room that was viewed thousands of times on social media.

As the locker room was about to close to the media, the 6-foot-10 Bryant sat with his head on Crean’s shoulder as his coach embraced him. It was a totally unscripted moment that revealed a behind the scenes look at the relationship between Crean and Bryant.

Crean and Thomas Bryant in the #iubb locker room pic.twitter.com/u1dws03RrF

That relationship, Bryant’s hunger to improve and his love for the IU program led him to return for a second season in Bloomington. Even with a new NCAA rule that would have allowed him to test the NBA draft waters with no risk, there was no drama with Bryant.

No press conference. No social media announcement. No waiting until the last minute to make his intentions known to the coaching staff or fans. Bryant was all in on returning to school.

In an era where plenty of five-star recruits are looking for the fastest path to professional stardom, Bryant instead wants to be a guy who can not just make it to the next level, but stay there.

“Just seeing myself as a long term prospect in the game of basketball, I knew I needed to return for my sophomore year before I even finished the season,” Bryant told Inside the Hall at Big Ten media day in Washington D.C. “I thought it would be better for me for the long term.”

Now at 255 pounds and as a centerpiece on Indiana’s 2016-2017 roster, Bryant appears ready to completely break out.

As a freshman, he finished a ridiculous 71 percent of his 2-point attempts, which ranked fourth in the nation. He ran the floor hard and finished plays demonstratively at the rim. He’s not a great shot blocker, but by the end of the season, Bryant was comfortable guarding ball screens after being able to do so in Maui.

In his second season as a Hoosier, look for Bryant to show off an even more well rounded game.

He’s worked tirelessly in the offseason on footwork and explosiveness. He won the 3-point shooting contest at Hoosier Hysteria, a potential new wrinkle to his game that could help this Indiana team have even better floor spacing.

And he’s continued to develop as a leader, which is something Indiana will need with the injury to Collin Hartman and departures of Yogi Ferrell, Troy Williams, Max Bielfeldt, Nick Zeisloft and Ryan Burton.

Bottom Line: It’s rare for a player to pass up the opportunity to enter the draft with a good shot at guaranteed money, but that’s exactly what Bryant did by returning to Indiana. He’ll be one of the faces of not only the Hoosiers this season, but Big Ten and college basketball. Having just turned 19 in August, Bryant should continue to take major steps forward this season as one of the game’s elite big men.

Quotable: “I feel like I’m growing into more of a leader. Vocally on the court and off of it. Just trying to help my teammates each and every day.” – Bryant last Wednesday at Indiana’s preseason media availability.