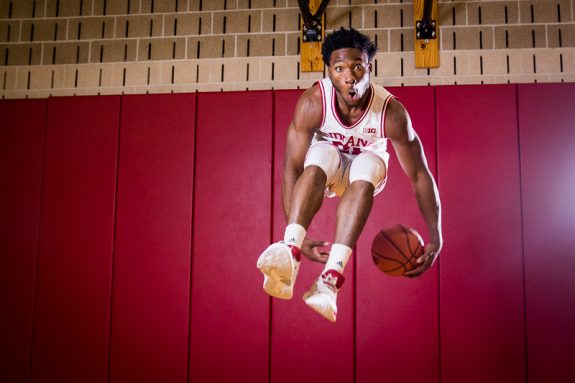 Former Indiana forward Freddie McSwain Jr. played for Indiana two years and was a part of the senior class that helped transition from Tom Crean to Archie Miller. Miller has always referred to the seniors on the 2017-18 roster as ... 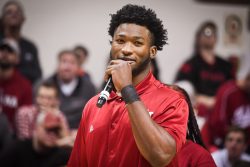 Archie Miller and all five seniors met with the media on Thursday afternoon to preview Friday’s senior day matchup against Ohio State at Simon Skjodt Assembly Hall. Watch both press conferences below:

The Hoosiers coasted to another exhibition victory on Sunday afternoon, easily taking out the University of Indianapolis 74-53. We’ll take a look at Collin Hartman’s return, the offensive rebounding prowess of Freddie McSwain and the increased mobility of a slimmed-down ...

With the start of college basketball season on the horizon, we’ve transitioned from our look at other Big Ten programs to our player-by-player previews of the 2017-18 Indiana roster. Today, our profiles continue with a look at Freddie McSwain. One of five seniors ... 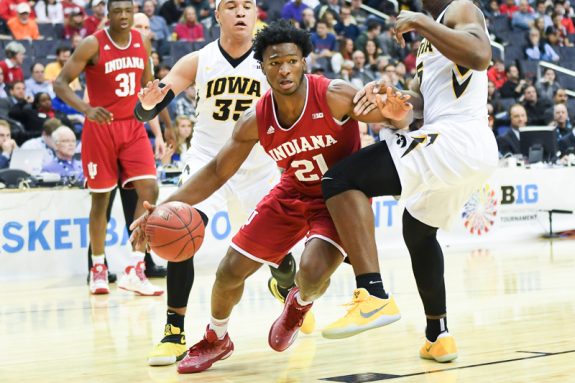 Tom Crean, Devonte Green and Freddie McSwain met with the media on Monday afternoon to preview Tuesday’s game against Purdue at Mackey Arena. Watch their comments below (Crean video via IU athletics):