Roundup: Here’s where Indiana basketball is ranked in every preseason top 25 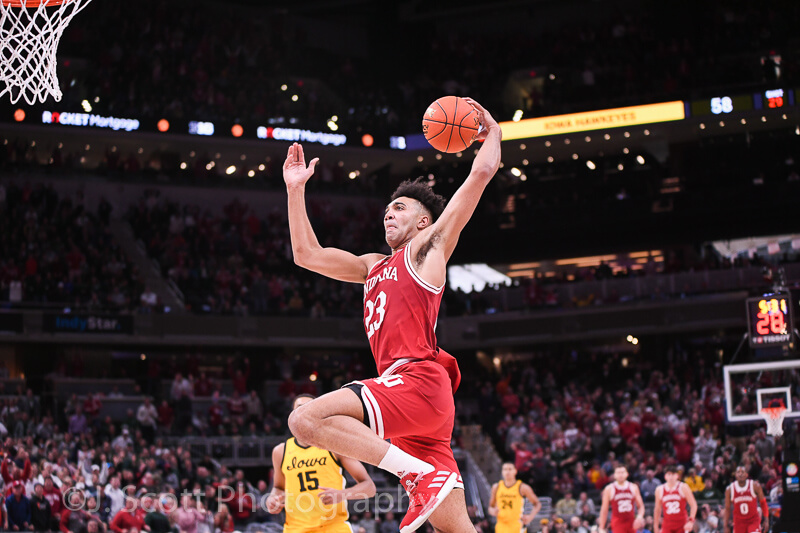 The Hoosiers are ranked No. 13 in the preseason AP top 25 poll released Monday, October 17.

The USA Today preseason coaches top 25 poll was released on Tuesday, October 25 and Indiana is the highest-ranked Big Ten team.

The Hoosiers are No. 14, just behind Arizona and just ahead of Auburn.

IU is No. 12 in Pomeroy’s ratings, which is the highest rating for a Big Ten team. Last season, Indiana was No. 31 to start the season and finished No. 48.

IU is No. 11 in Sagarin’s ratings, which is the third-highest rating for a Big Ten team.

The Hoosiers are the team to beat in the Big Ten with Trayce Jackson-Davis.

The Sporting News: No. 7

Jackson-Davis is a terrific place to start. He scores, rebounds and defends, and he’s the sort of leader any coach would want on his side. And his sidekick, Thompson, is as tough as they come and has worked diligently to expand his game. It would have been nice if IU’s excellent recruiting class included one pure perimeter shooter. The Hoosiers have a variety of capable wing players who have proven they can do a lot of positive things, but not one that has shown to be a shooter who can hit a high percentage on reasonable volume. What matters most, though, is that Johnson prove to be a reliable presence on and off the court. He was suspended for a curfew violation last February and followed that up two months later with an arrest for reckless driving. It’s not easy to win big if the guy who has the ball is unreliable.

The Hoosiers are returning the top three scorers from a team that made the NCAA Tournament – among them Trayce Jackson-Davis, who could be a candidate for Big Ten Player of the Year. Indiana’s top-10 recruiting class is highlighted by five-star prospect Jalen Hood-Schifino, an elite combo guard who should help Indiana compete for its first Big Ten title since 2016.

With Jackson-Davis returning to Bloomington, Mike Woodson and the Hoosiers have most of their key pieces back from an NCAA tourney team. They also added a couple of talented freshmen in Hood-Schifino and Reneau, and that makes IU the pick to win the Big Ten.

Surprised it took this long to get to a Big Ten team? Well, most of the league’s nine NCAA tournament teams suffered huge personnel losses, with only three of 17 all-conference selections back for another season. We’re left with Indiana — which finished 9-11 in Big Ten play and was a 12-seed in the tournament — as this season’s league favorite.

Is this the year the Hoosiers return to prominence in the Big Ten? Mike Woodson’s team is one of the favorites. The Hoosiers have the Big Ten preseason player of the year in Trayce Jackson-Davis. He is a dominant player as a scorer and a glass-eater. Indiana also welcomes Jalen Hood-Schifino, a 6-6 forward who was voted Big Ten preseason freshman of the year. Xavier Johnson is expected to improve on his 12 PPG.

The Hoosiers are ranked No. 20 nationally in the preseason top 25. The only other Big Ten team ranked is Illinois at No. 21.

They deserve to be the consensus favorite to win the Big Ten, but I don’t see a ton of separation between them and the other schools. You’ll notice I have four other Big Ten teams in my top 25, plus Illinois in Almost Famous. This is probably Trayce Jackson-Davis’ final season in Bloomington (he’s a senior but has another year if he wants it), and it’s important for second-year coach Mike Woodson to give the Hoosier faithful confidence that he is the right man for the job. Indiana has a passionate fan base, but it’s also understandably frustrated and impatient. If things start to go sideways, the pressure is only going to ratchet up in Bloomington.