Upon entering the game for Xavier Johnson in the first half, Phinisee immediately went to work, using ball screens to look for his own shot or find open teammates. The possessions didn’t always end in points. But Phinisee made good reads exploiting mismatches and rejecting the screens when warranted.

In an IU career that has seen Phinisee float in and out of games, his engaged evening against the Eagles is the right start.

We’ll take a look at Phinisee’s first half in the latest edition of Film Session:

With Indiana up 10-0, Miller Kopp passes to Phinisee on the left wing. Trayce Jackson-Davis looks for the ball near the left high post: 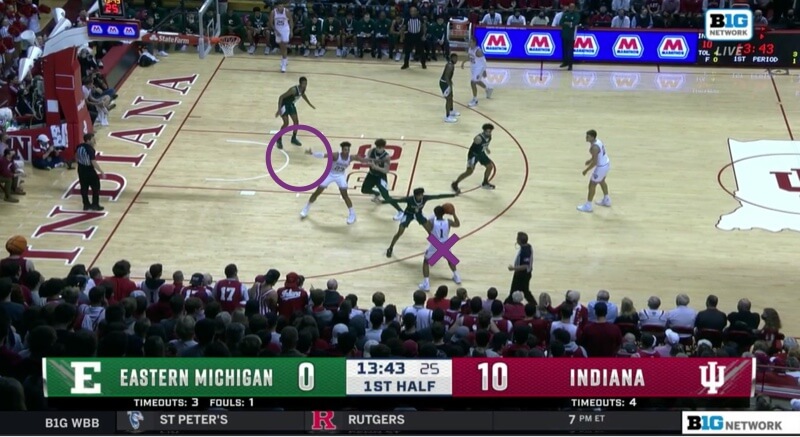 Instead of the pass, Phinisee calls for a ball screen: 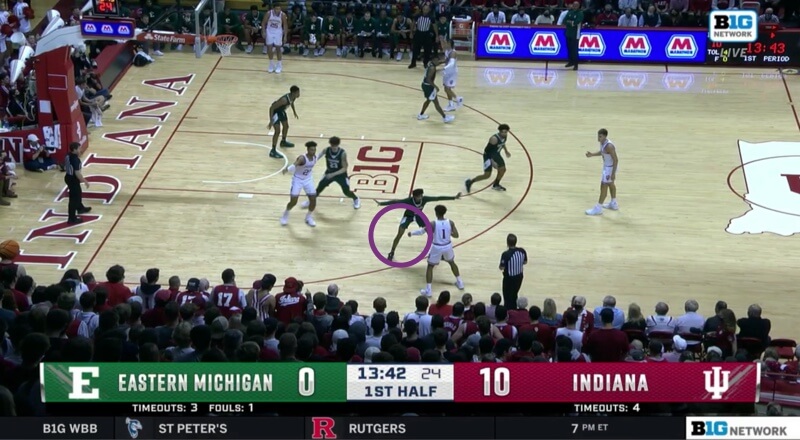 Jackson-Davis sets the screen and Noah Farrakhan is unable to stick with Phinisee, which leaves Jackson-Davis’ man, Thomas Binelli, to switch onto Phinisee. Phinisee takes the opportunity of the mismatch to blow by Binelli left: 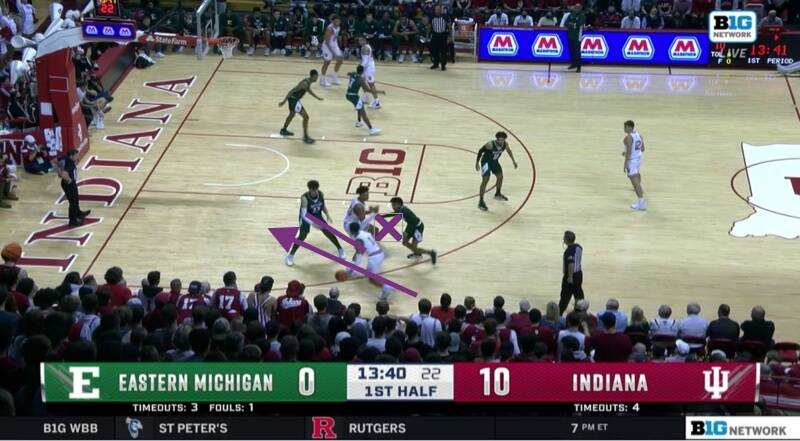 As Phinisee gets to the painted area, Nate Scott rotates off the perimeter, where he was guarding Race Thompson, to try and stop the ball: 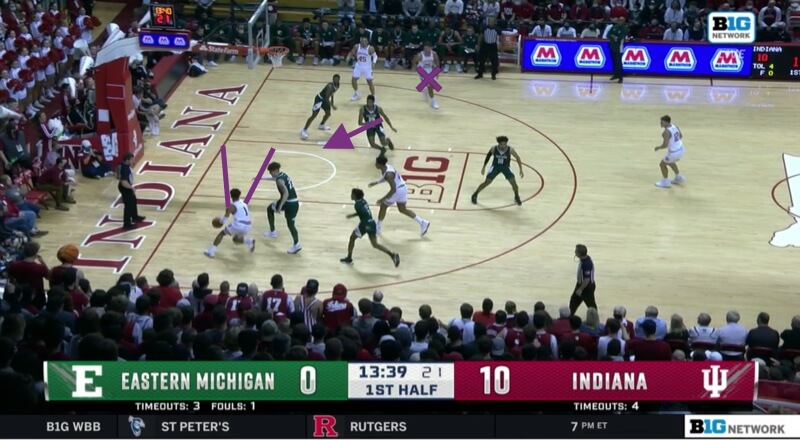 Phinisee make the pass around Scott to a cutting Thompson: 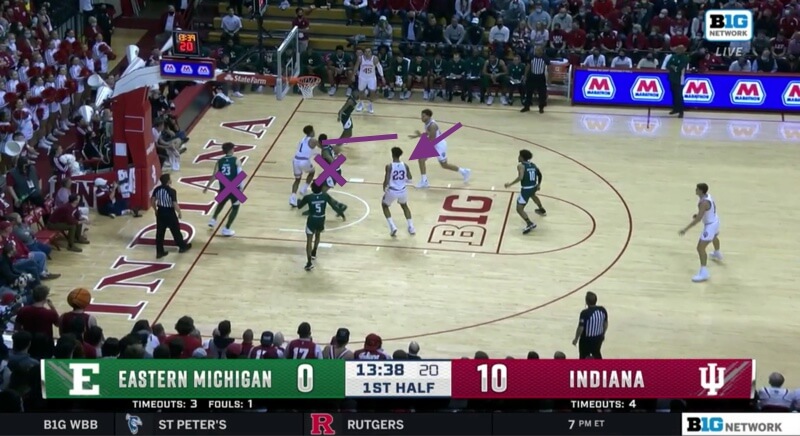 But the pass, which Scott maybe gets a piece of, is too high, ricocheting off Thompson and out of bounds: 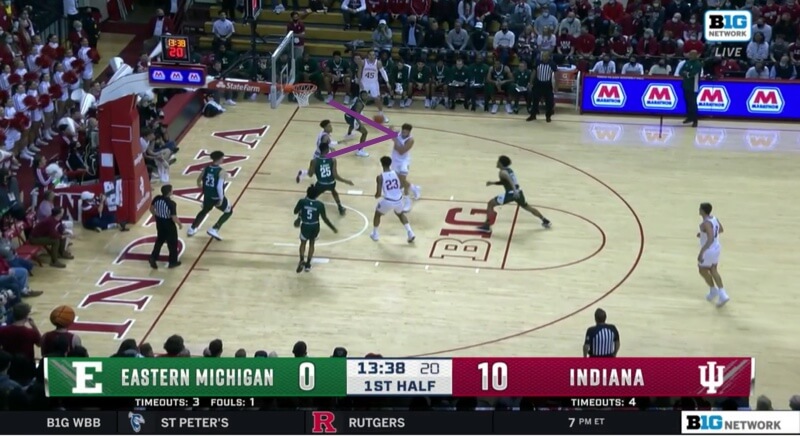