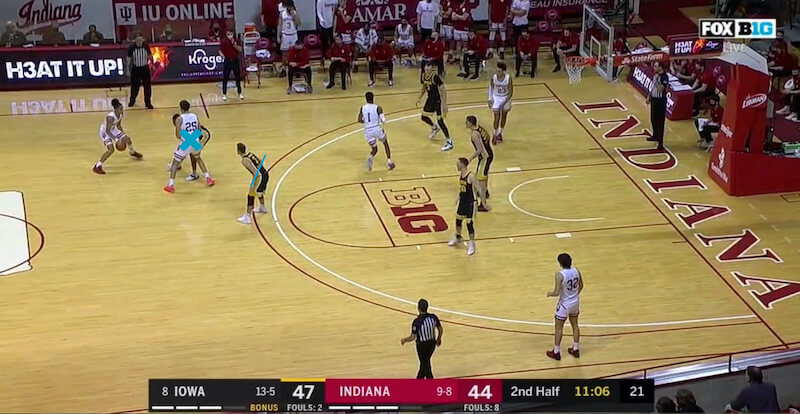 This time around due to personnel, Iowa switches the screen as Bohannon picks up Lander and Perkins moves to Thompson. So Lander isn’t able to get an advantage on the drive nor find Thompson on the roll: 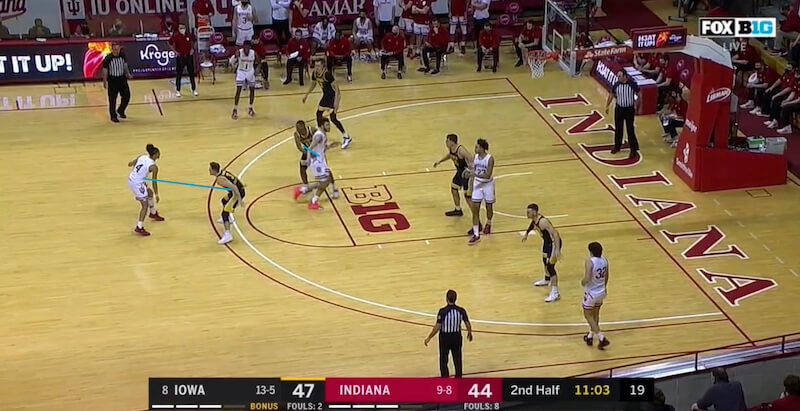 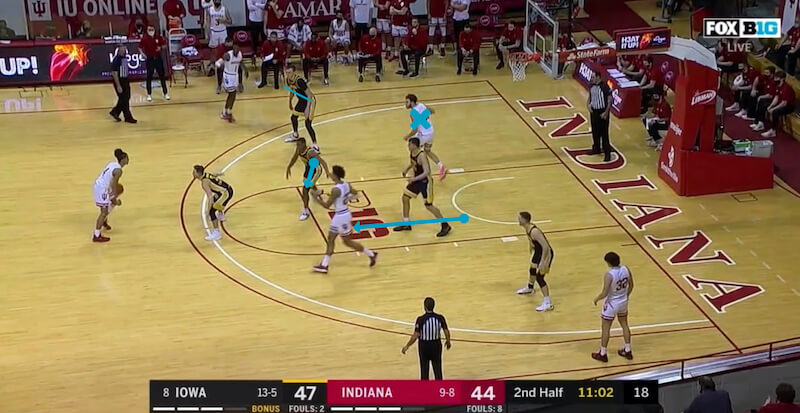 And as Lander makes the pass to Thompson, Nunge moves to it: 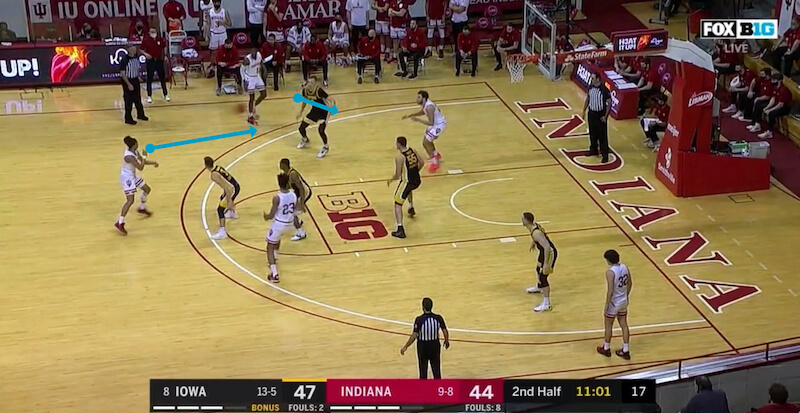 He picks up the steal as Garza also moves to Thompson: 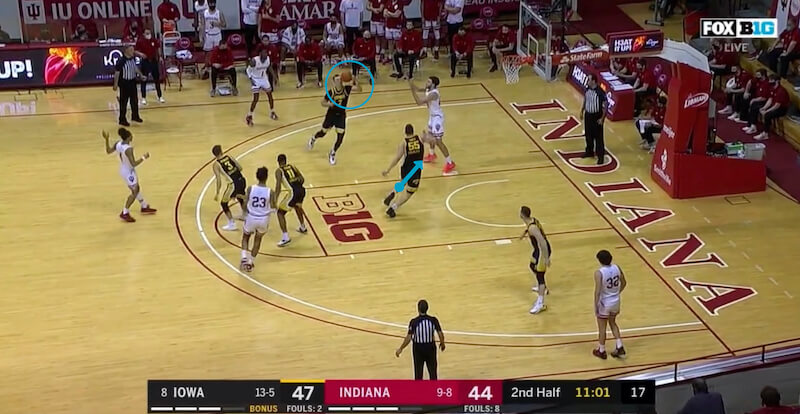 On the other end, Thompson is in front of Bohannon: 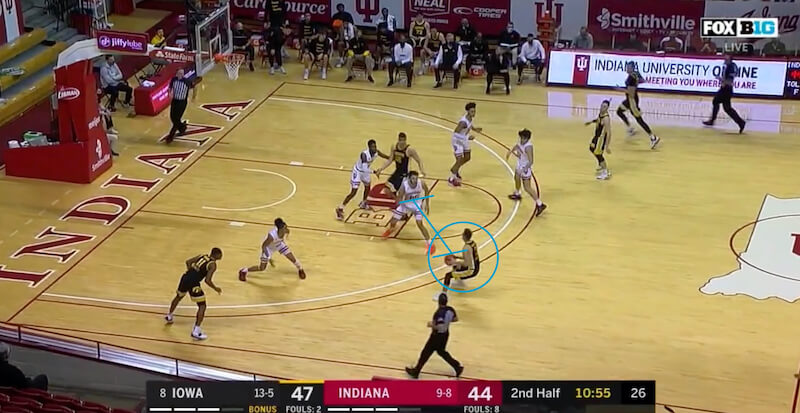 But Thompson just straight up leaves him alone on the left wing, allowing to rise and fire as Lander’s closeout doesn’t come close. Bohannon knocks down the 3-pointer: 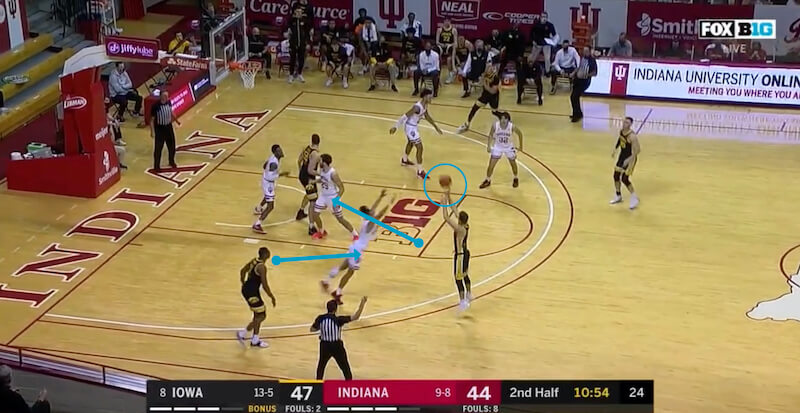 This was some strong vision by Lander to spot Thompson. But Iowa saw it as well and converted the turnover into three points.