Connor McCaffery passes it into Garza: 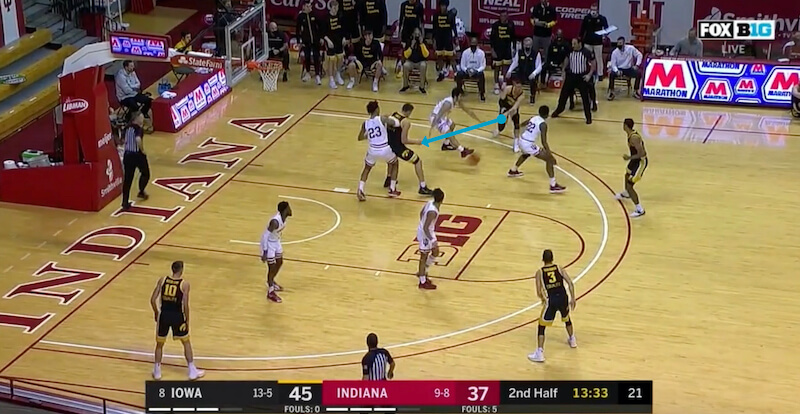 Leal comes down on a double team, leaving some good space for Connor McCaffery on the perimeter. But Leal is able to steal the pass attempt: 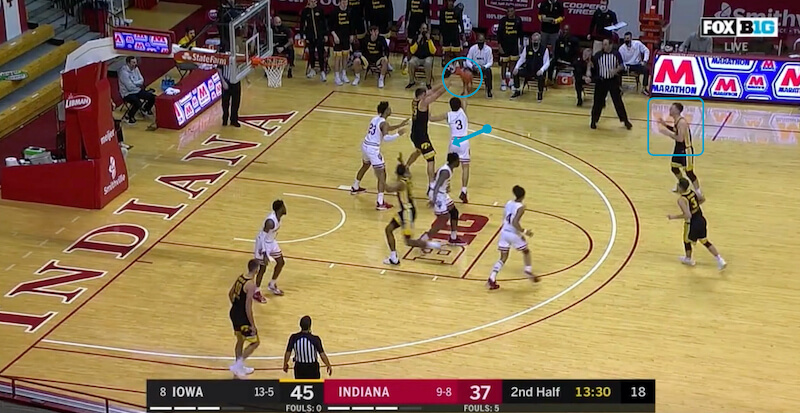 And the ball ends up with Lander.  He sees he has Jackson-Davis to his left: 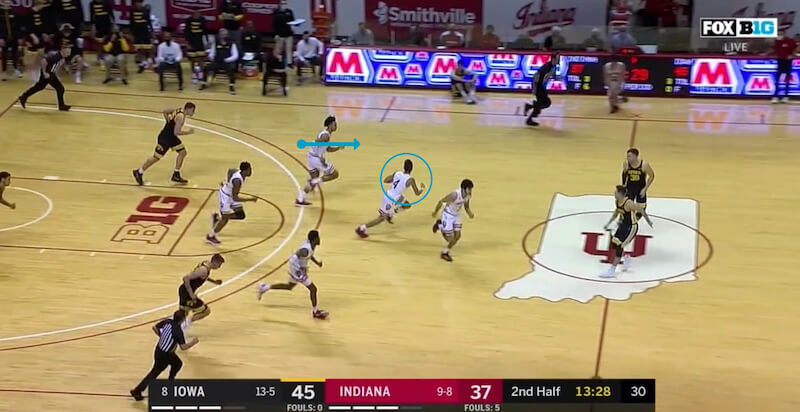 Lander draws Connor McCaffery. You can see Lander slow down a bit here waiting for Jackson-Davis to put the jets on and get ahead of him so he has no defender in his way to the hoop on a pass: 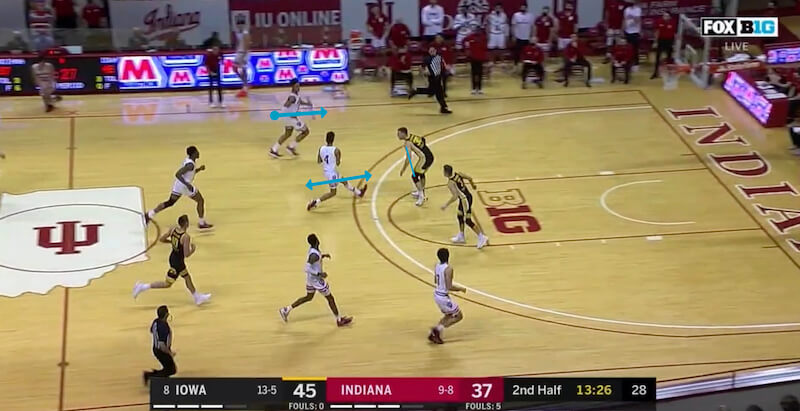 Jackson-Davis never does it, so Lander decides to lead him with the pass instead as Connor McCaffery moves to the ball: 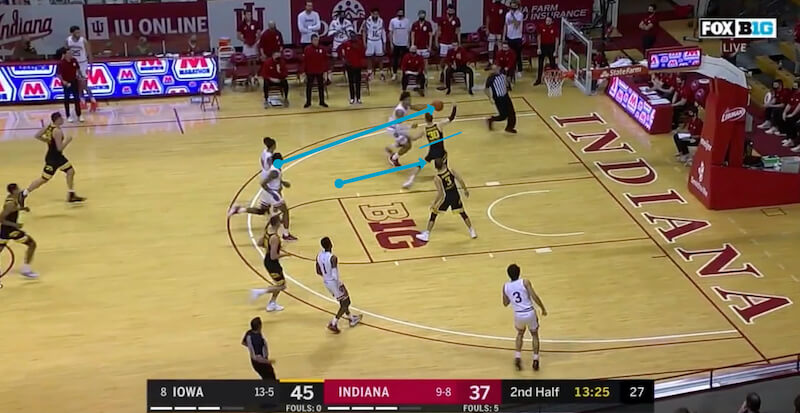 The momentum does allow Jackson-Davis to move in and spin to the paint. Here’s another frame where maybe Indiana has a 3-point shooter in the corner again, though Wieskamp could probably get out to Leal. 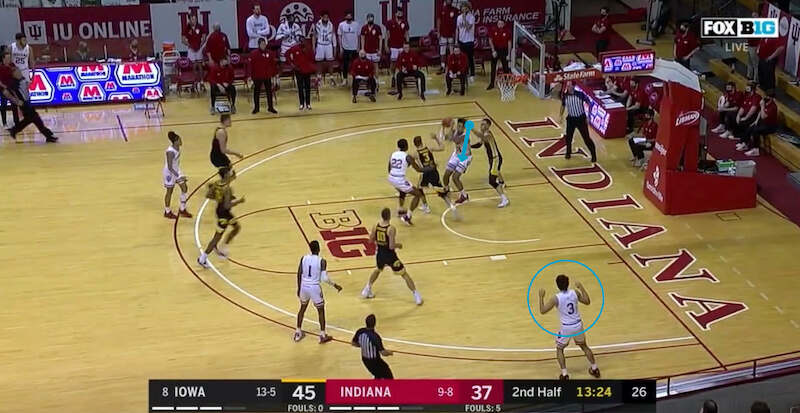 Jackson-Davis ends up taking it himself for the score: 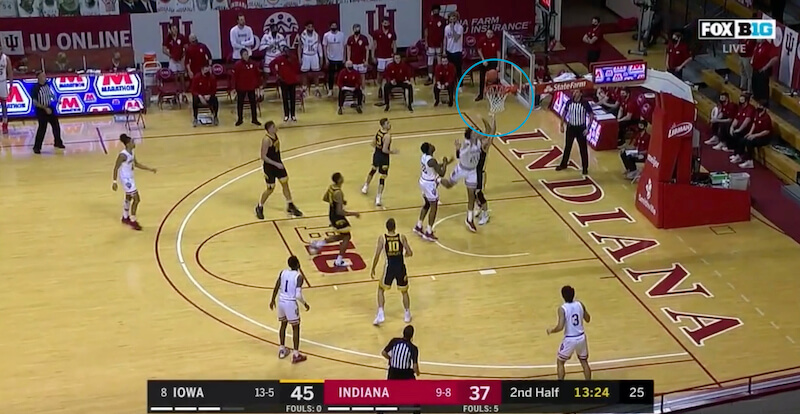 Nice instincts by Lander on this one to essentially try and force Jackson-Davis ahead of the defense.