Here’s Norte Dame’s final half court possession of the contest. Hubb gets a ball screen from Nate Laszewski on the right wing: 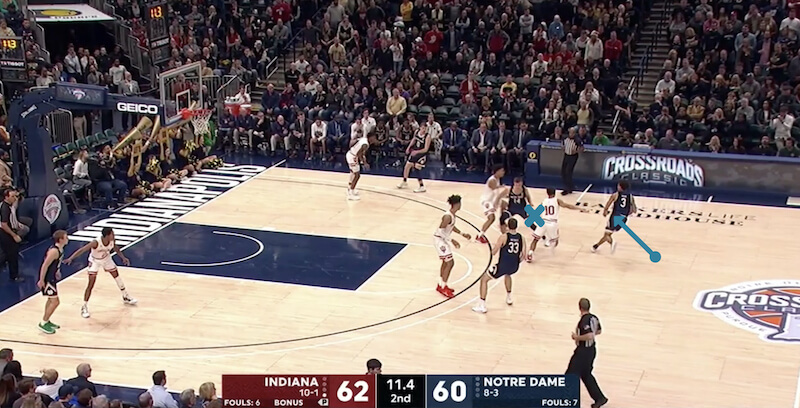 Hubb turns and swings the ball to Mooney at the top of the key. Jackson-Davis moves up. With Laszewski rolling to the paint, Franklin initially rotates over in help position in the paint. But as the ball makes its way to Mooney, Franklin moves out to Goodwin in the left corner: 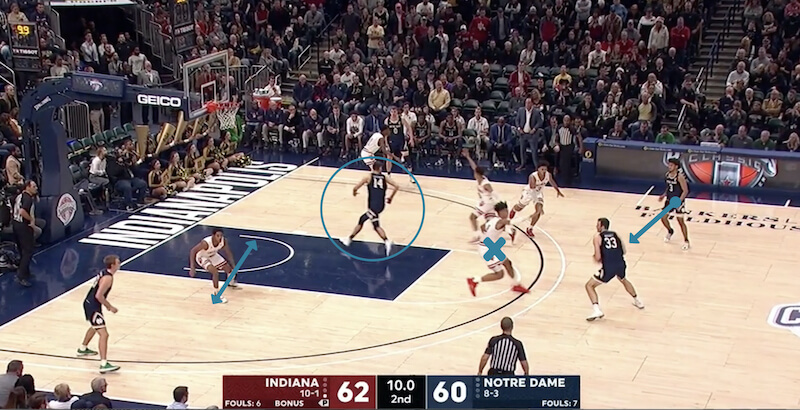 Mooney starts to drive on Jackson-Davis left as Franklin continues to rotate out to Goodwin: 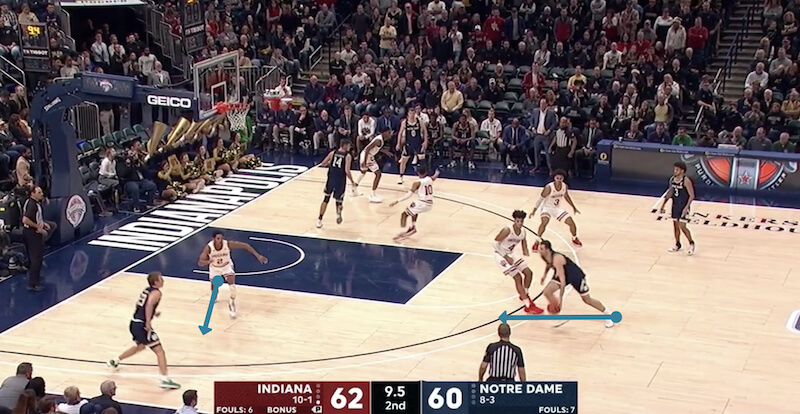 Franklin comes out too hard and Goodwin cuts back door on him. Mooney starts to get by Jackson-Davis: 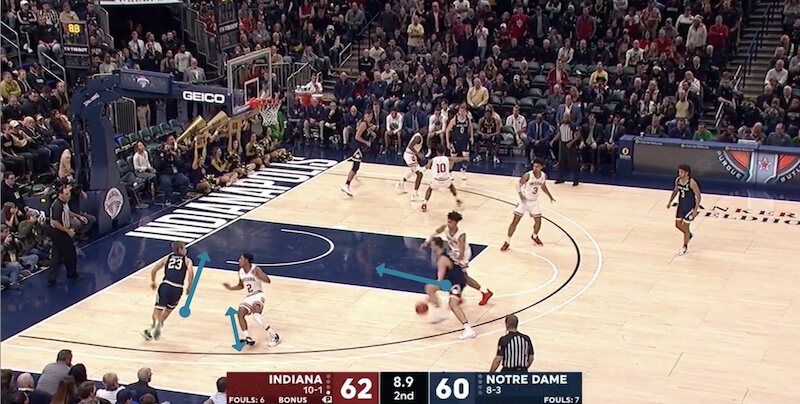 As Mooney and Goodwin converge to the same area, it allows Franklin, who’s chasing Goodwin, to stunt in and poke the ball away from Mooney: 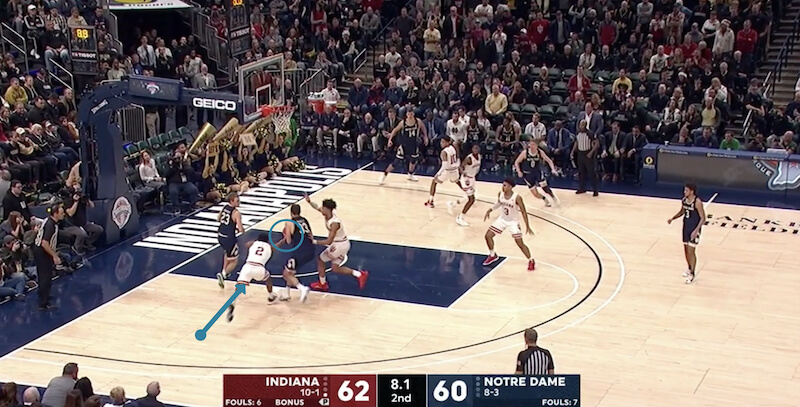 As Mooney recovers the ball, he’s now in position a bit under the basket with Jackson-Davis and Franklin on his back: 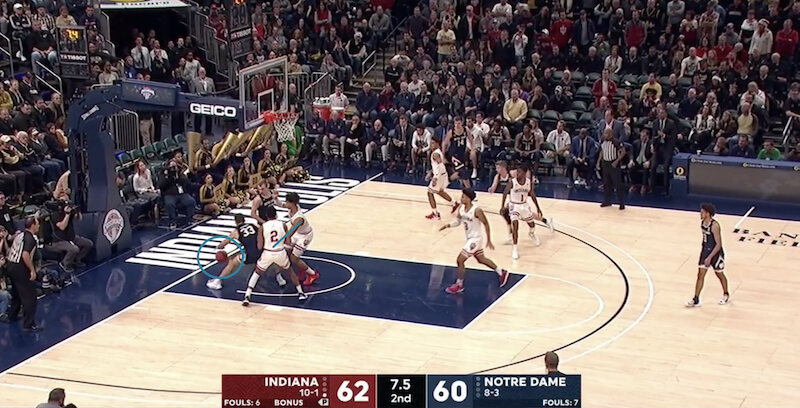 As Mooney goes up for the shot, he’s got a tough angle with Jackson-Davis still on his back: 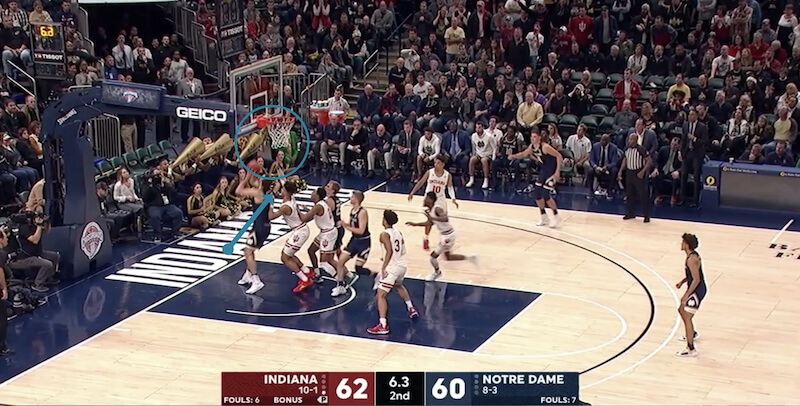 As he tries to go under and to the right side, Jackson-Davis is able to block the shot: 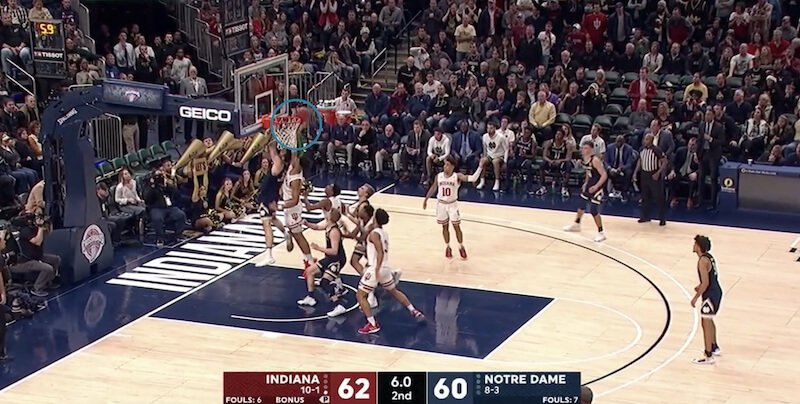 This allows Jackson-Davis to get a hand on the ball and cause a tie-up, which resulted in the Hoosiers getting the possession: 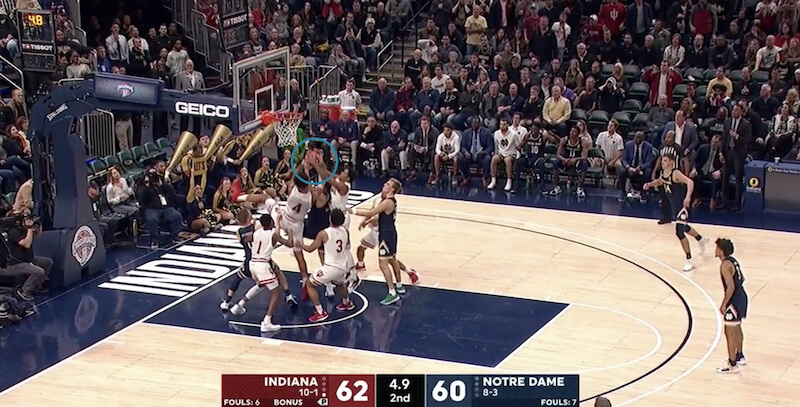 While Franklin got beat back door, his reach in on Mooney ended up altering this play in a significant way, helping the Hoosiers secure the victory.