Now in the second half and the Hoosiers down five with 3:02 to go, Indiana is in its motion offense with four across and Durham waiting for the action: 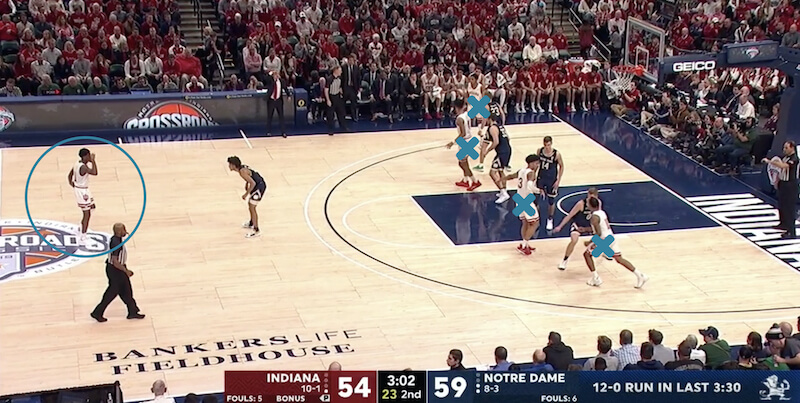 Green cuts across from the right to the left side to set a cross screen for Franklin. Franklin cuts across the court: 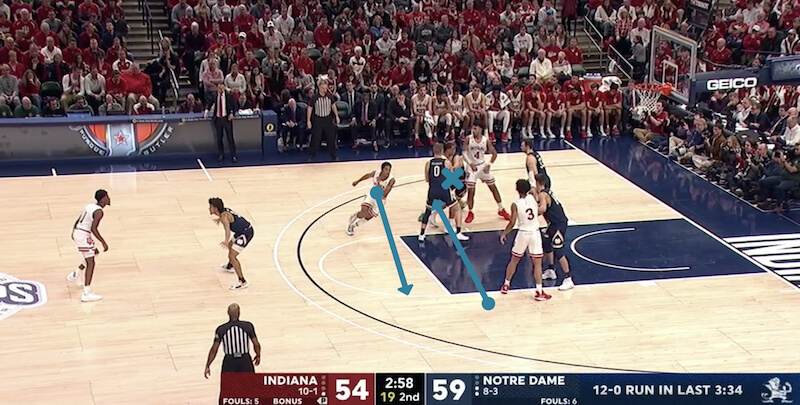 Trayce Jackson-Davis pops out to the left wing and receives the ball. Franklin cuts down to the left low block: 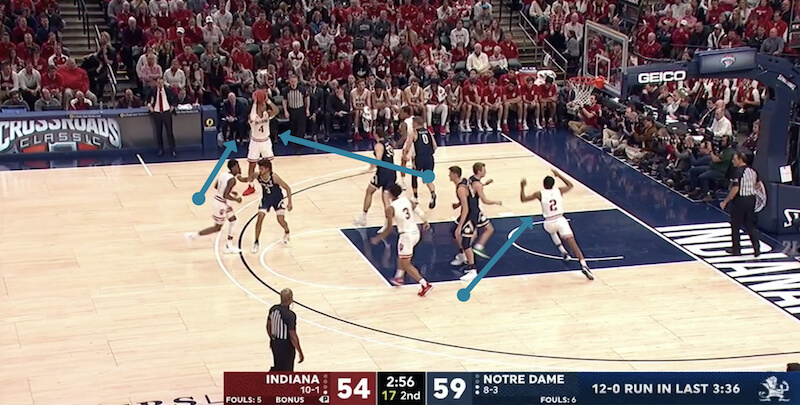 Jackson-Davis passes it back up top to Smith, who’s popped out to the top of the key. Smith rotates the ball to Durham on the right wing. Franklin sets a back pick for Jackson-Davis as he heads down to the paint: 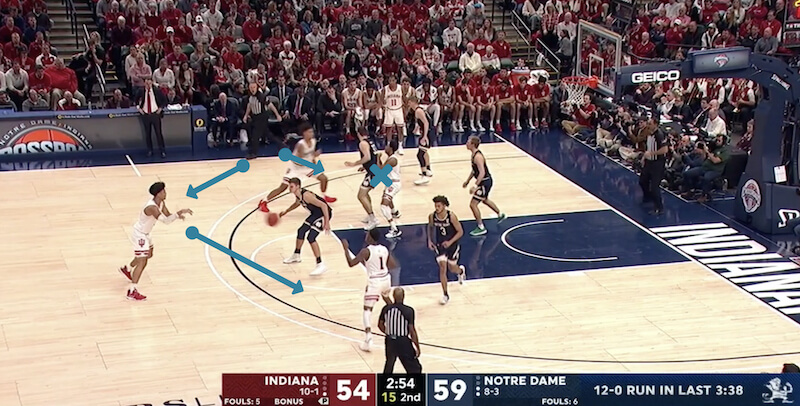 Jackson-Davis takes the back pick and heads down to the right low block. Durham opts against dumping it into Jackson-Davis. Instead, he passes up top to Franklin, who has cut up after his back pick for Jackson-Davis. Dane Goodwin gives chase. Smith lines him up for a down screen: 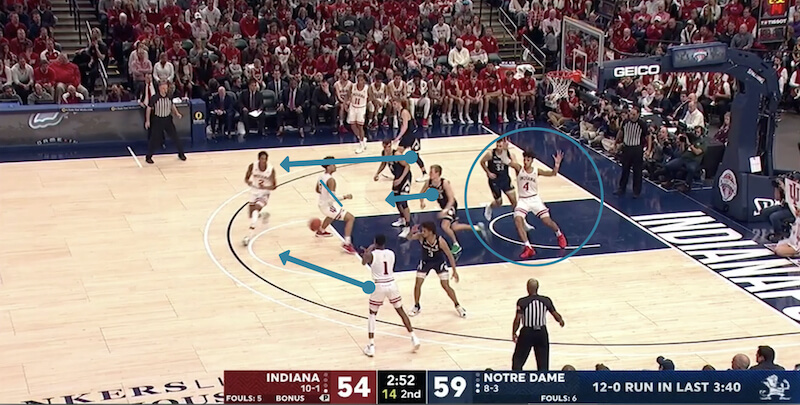 On Franklin’s catch, Smith gets a body on Goodwin: 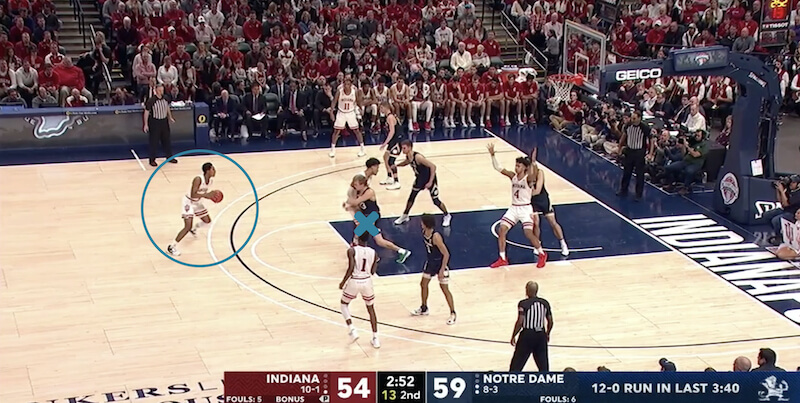 It allows Franklin space to get the shot off and hit it with Goodwin several feet away: 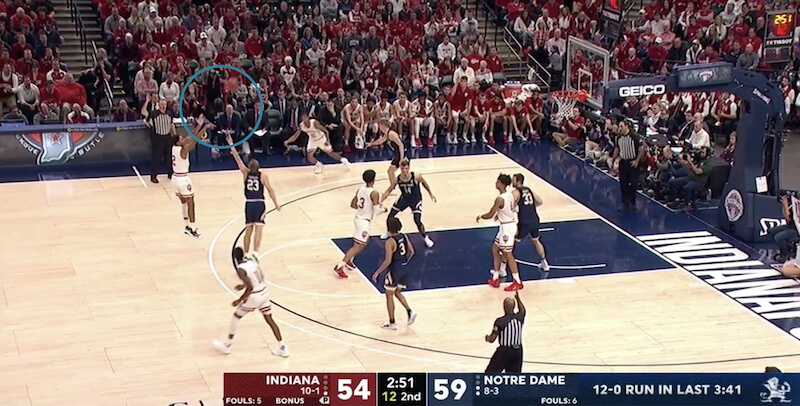 Lots of movement from the Hoosiers here to free Franklin for this huge bucket.