McIntosh takes a ball screen from Taphorn and heads left. Law floats into the left corner as Williams trails: 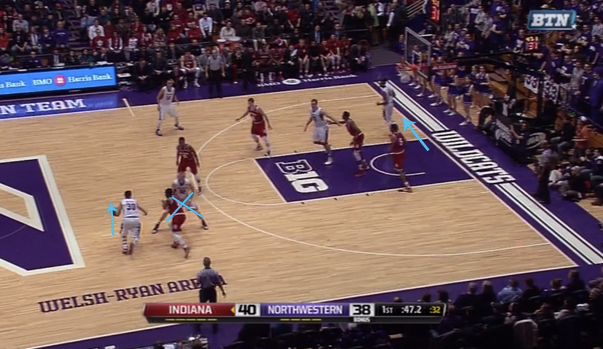 As Demps receives a pass, Law sets up in the corner with Williams still coming: 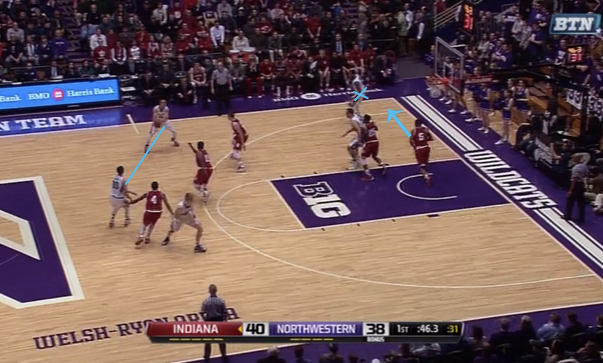 As the pass is faked to Law, Holt makes the curious decision to leave Olah and go after Law in the corner with Williams: 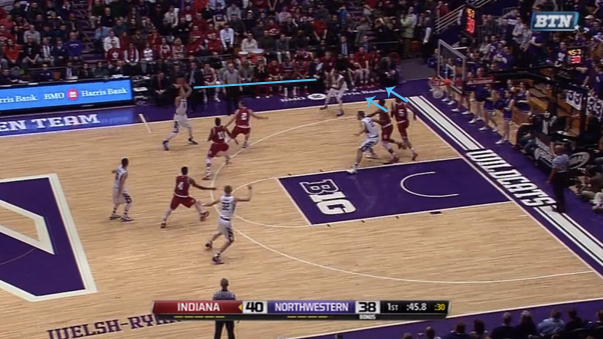 This leaves Olah wide open in the paint and the pass comes from Demps: 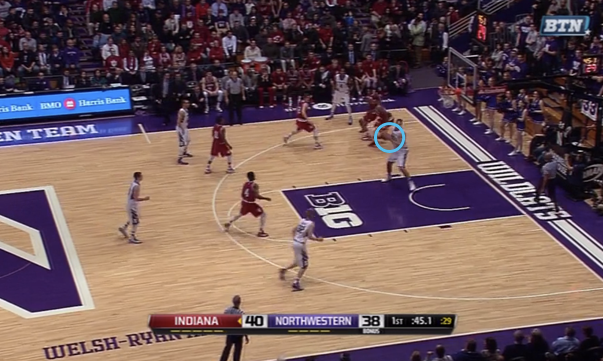 Olah scores Northwestern’s final two points of the half to tie the game at 40-all, and Williams throws his hands up in disgust at what the heck Holt was doing here: 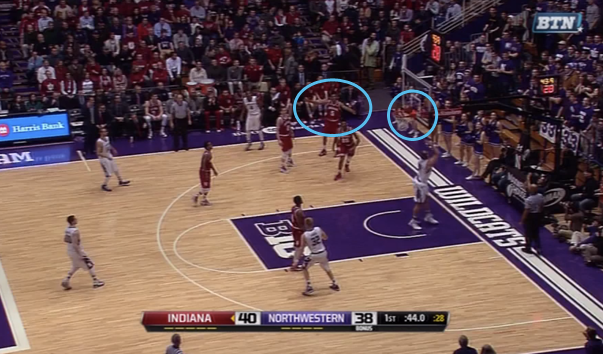 A head-scratching decision from Holt. Is it possible he thought Indiana was in a matchup zone here and he needed to get out to Law? Who knows. While Indiana’s switching of defenses has been explained as a way to confuse the opponent, Indiana’s D in the first half against Northwestern seemed to only confuse itself.