Law takes a screen from Taphorn around the back side of Zeisloft. And here’s that pointing again. Zeisloft points in front of himself. Troy Williams is pointing in a similar direction: 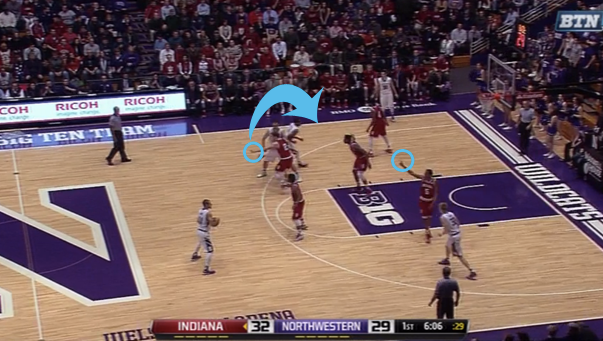 Law sweeps through the baseline and Emmitt Holt briefly marks him. Demps has the ball up top: 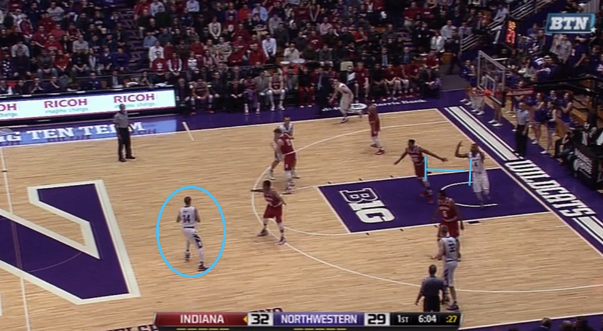 Demps swings the ball to McIntosh. Taphorn flashes open as it looks like he may make the pass. This attracts both Holt and Williams, leaving Law wide open near the right corner: 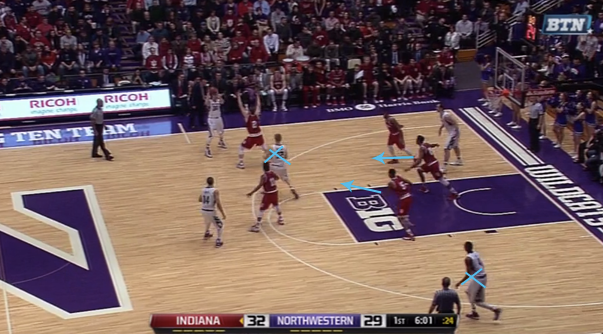 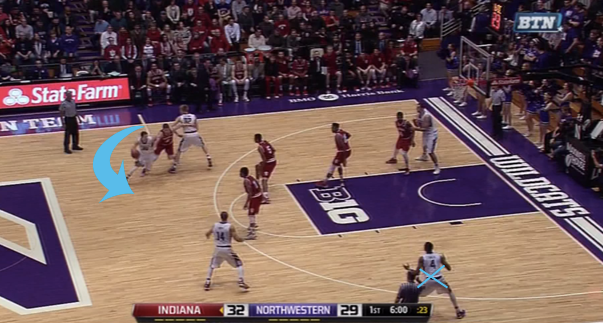 He simply keeps coming and makes the pass: 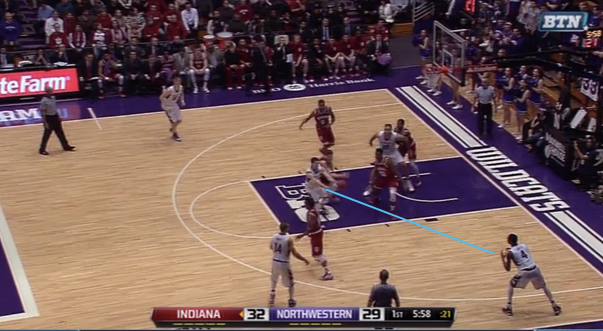 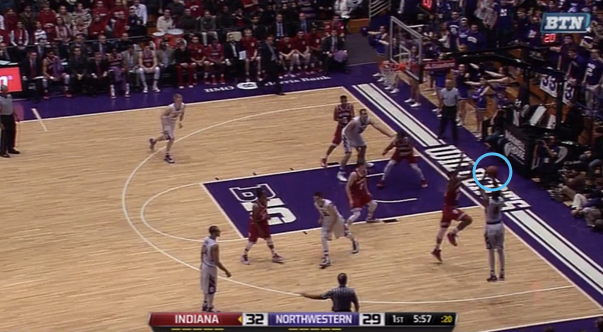 Here’s yet another example of multiple Hoosiers defenders giving attention in one direction as a Wildcat sets up somewhere else with no one even close. Just puzzling.