Indiana only outscored Texas Southern 39-35 in the second half on Monday night. Were it not for some Hanner Mosquera-Perea blocks, it could have been an even frame — or even one where the Hoosiers were outscored.

We’ll be taking a look at some easy looks Indiana gave up as well as two Mosquera-Perea blocks in the latest edition of Film Session:

I. Early in the second half, the Tigers get a two-man game going on the right wing. We can see Robert Johnson shading over and giving his man space to the right: 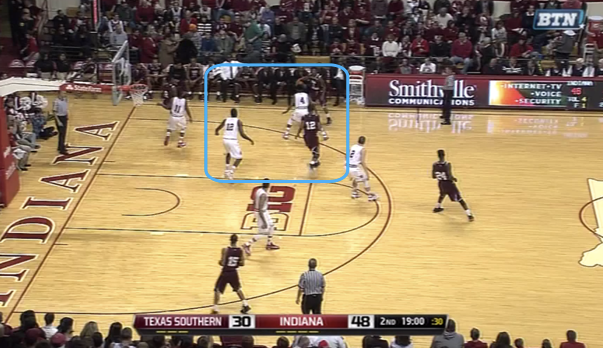 Johnson keeps giving space right and even jumps in front of a ball screen, which gives his man even more room and he takes it right at Mosquera-Perea: 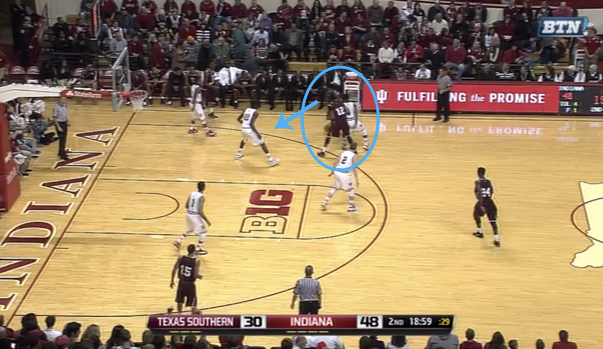 He makes a move past Mosquera-Perea towards the rim: 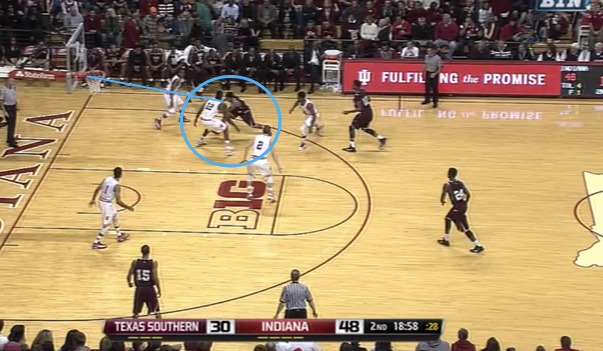 And gets past him: 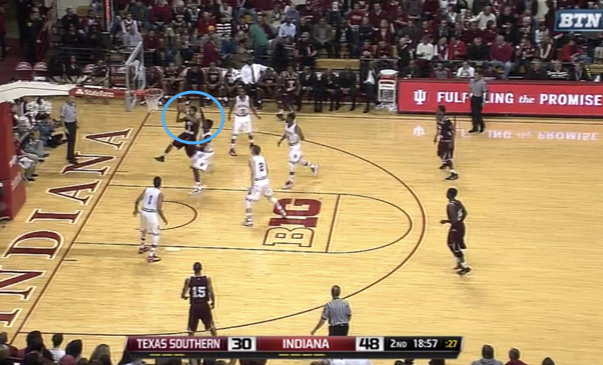 But Mosquera-Perea times it great and blocks it from behind to erase the lay-up attempt: 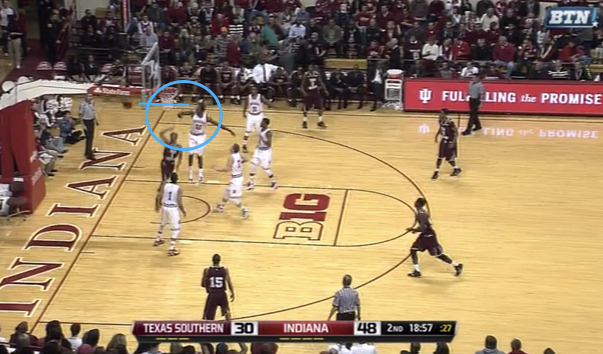 Not quite sure if this was how Indiana was instructed to play the wing ball screens in the second half, but as we’ll see later on, such a strategy allowed for more looks such as this for the Tigers.