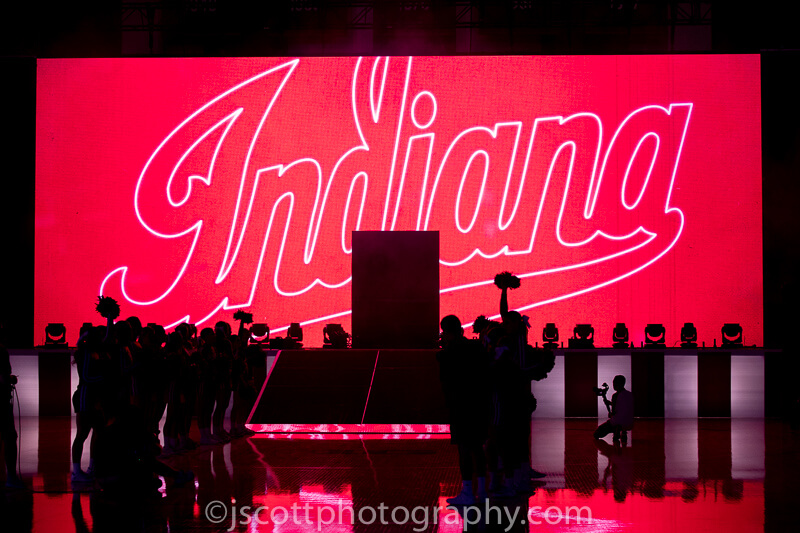 Indiana’s Hoosier Hysteria, the annual tipoff for the basketball season, has always been a recruiting showcase for the program.

This year’s Hysteria will be no different as a strong list of recruits will be in Bloomington for Friday’s event.

Hysteria will get underway at 7 p.m. ET, with doors opening to the general public at 6 p.m. ET. The event is expected to include player introductions, speeches from Mike Woodson and Teri Moren, a 3-point shooting contest and skills competition and other basketball activities.

Indiana will also welcome platinum-selling Chicago rapper G Herbo for a concert to close out the evening. G Herbo has over 7.7 million Instagram followers.

Both of Indiana’s class of 2023 commitments are expected to attend, along with eight other recruits. Here’s a look at the ten prospects expected to be in Bloomington:

The Centerville (Ohio) point guard committed to the Hoosiers in November of 2021 and is the No. 94 player nationally in the 2023 class according to the 247Composite.

Newton is the first commitment for Woodson in the 2023 class and the No. 72 player in the 247Composite.

The 6-foot-10 center is one of IU’s primary frontcourt targets in the 2024 class. Burgess plays at Sycamore High School in Cincinnati and has scholarship offers from several high major schools.

The highest-ranked recruit on the list of attendees, Bidunga is the No. 4 player in the 2024 class according to the 247Composite. The 6-foot-9 center plays at Kokomo, but is from the Democratic Republic of the Congo.

The No. 80 player in the 247Composite for the 2024 class, Powell transferred to Centerville for his junior season where he will play with Cupps. He earned an IU offer back in early May.

The 6-foot-7 wing from the Sidwell Friends School in Washington D.C. will be in Bloomington for an official visit. Williams had a strong summer with Team Takeover and racked up a ton of high-major offers in the process, including an offer from IU.

The No. 22 player nationally in the 2025 class according to 247Sports, McKenney is a 6-foot-4 guard from Flint, Michigan. Indiana offered a scholarship in June.

The 6-foot-7 forward is a name Hoosier fans know from his stellar freshman season at Heritage Hills High School. Sisley is a priority for several Big Ten schools and Indiana has recruited him as hard as any school thus far.

A 6-foot-11 center in the 2025 class, Moreno plays at Great Crossing High School in Georgetown, Kentucky. In the early 2025 rankings from 247Sports, he’s the No. 45 prospect in the country.

Walker is a 6-foot-8 forward from Erlanger, Kentucky who has a Purdue offer to go along with offers from Duquesne, Northern Kentucky, Ohio, Toledo, West Virginia and Youngstown State.

One notable name who will be unable to attend is Fishers point guard Jalen Haralson.

Haralson is one of 62 athletes participating in USA Basketball’s Junior National team minicamp this weekend in Colorado Springs.