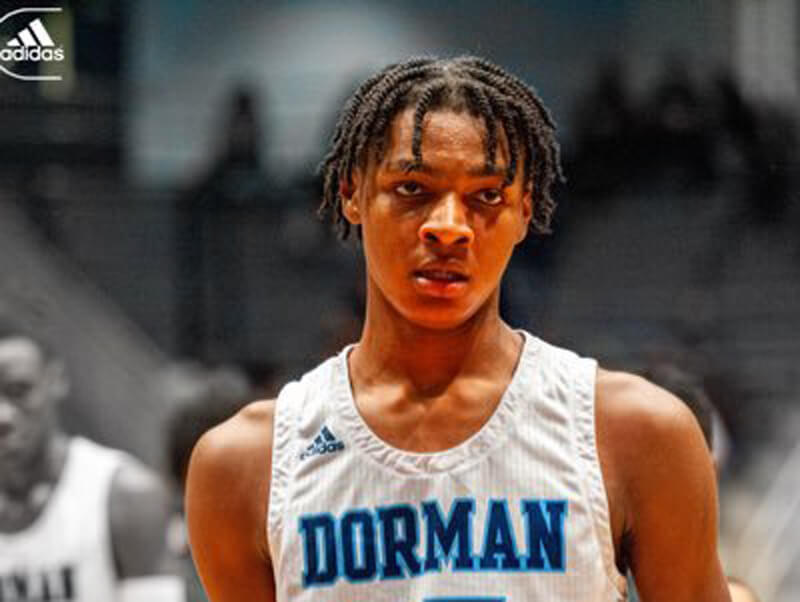 With Clowney’s commitment to Alabama, Indiana’s 2022 recruiting class is likely set, for now. It’s not impossible for there to be a late addition, but all of the staff’s main targets in the class have either pledged to Indiana or committed elsewhere.

The result is that Indiana will likely end up welcoming a three-man 2022 class: CJ Gunn, Kaleb Banks and Jalen Hood-Schifino. Each of the three have skill sets that should translate into Woodson’s modern style of play.

Gunn, a shooting guard from Lawrence North High School in Indianapolis, committed to Indiana last winter when Archie Miller was still at the helm. Even after Miller was fired and Mike Woodson took over, Gunn remained steadfast in his decision. The 6-foot-5 guard is ranked 149th in the class and has the potential to become an effective two-way player at Indiana.

The next to make his decision was Banks, who announced his commitment to Indiana in July. Banks, a native of Fayetteville, Georgia, had a preexisting relationship with assistant coach Yasir Rosemond before Indiana began recruiting him. The 6-foot-8 power forward, is ranked 81st in the class and boasts the type of versatile skill set that will fit into Woodson’s open offensive scheme.

In August, Woodson gained another recruiting victory with the commitment of five-star combo guard Hood-Schifino. The 6-foot-5, 210-pound guard is physically mature for his age and plays with tenacity on both ends of the floor. The fact that Hood-Schifino attends Montverde Academy and will face off against a high level of competition in senior season should bode well for him as he prepares for his collegiate career.

With that, much of Indiana’s focus will turn to the 2023 class. A few weeks ago, four-star guard Jakai Newton became the first member of Indiana’s 2023 class. On Sunday, three-star point guard Gabe Cupps included Indiana in his top three schools. The staff has extended a variety of other offers, including Cathedral’s Xavier Booker and Bloomington North’s JQ Roberts.