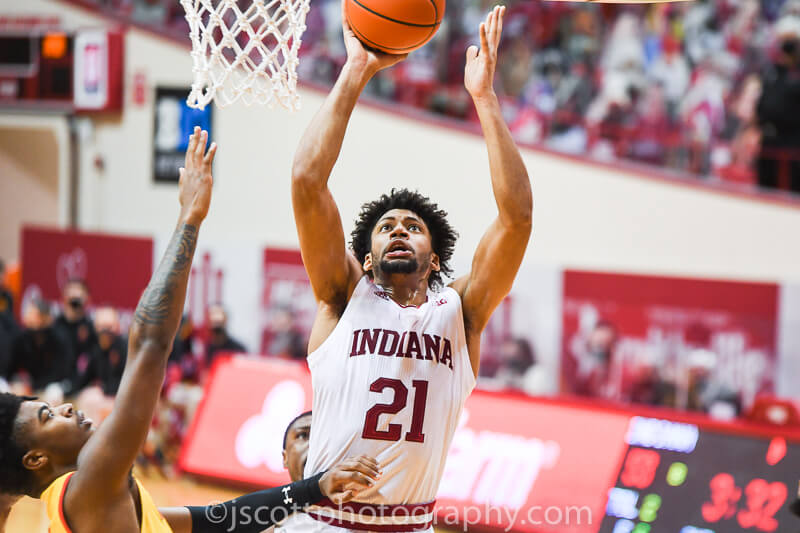 I just want to thank all of my supporters that have followed me throughout my career at Indiana. I have talked a lot with my family and the Xavier coaching staff and I believe in what they are building and also they believe in what I can do.???#513 ??#team 100 pic.twitter.com/G9KqJ8rkSD

Indiana announced that Hunter would not return to the program on May 13.

“We appreciate everything that Jerome has done as a member of the program and wish him nothing but the best in the future,” Indiana coach Mike Woodson said in a release following Hunter’s departure.

Woodson and the Indiana staff filled the scholarship vacancy created by Hunter’s departure on Monday with the addition of South Florida transfer Michael Durr.

Last season, the 6-foot-7 forward from Pickerington North averaged 6.3 points and three rebounds in 19.6 minutes per game for the Hoosiers.

He is the fourth Indiana player to transfer out of the program this offseason, joining Al Durham Jr. (Providence), Armaan Franklin (Virginia) and Joey Brunk (Ohio State).

As a freshman, Hunter never suited up for the Hoosiers as a leg injury forced him to have surgery and miss the entire 2018-19 season.

Following a successful surgery and rehab process, Hunter played 30 games and averaged 3.8 points and 2.1 rebounds in 14.4 minutes per game during his redshirt freshman season.

Now Hunter will get a chance to finish his career in the Big East for Xavier, which is coached by Travis Steele. The Musketeers finished 13-8 last season and are currently No. 13 nationally in Bart Torvik’s preseason ratings for the 2021-22 season.