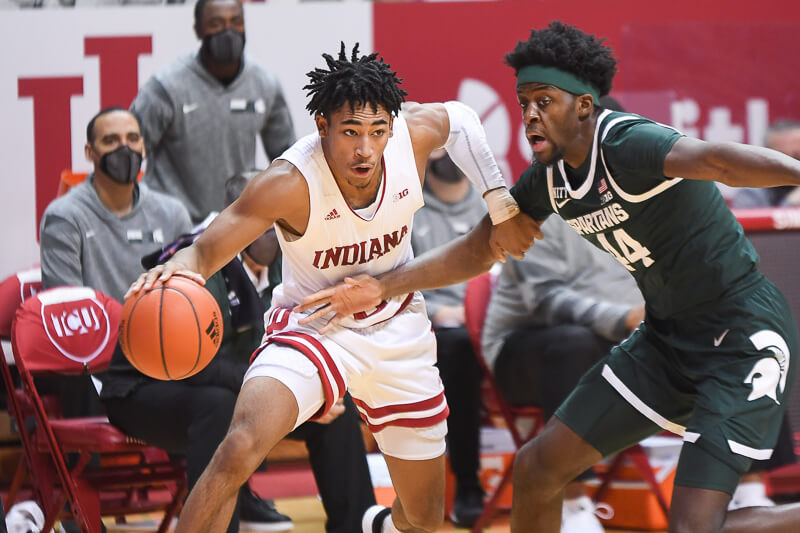 Franklin was one of the most improved players in the Big Ten last season, averaging 11.4 points, 4.1 rebounds, 2.1 assists and 1.2 steals per game for the Hoosiers. He was one of Indiana’s most reliable players throughout the year.

Excited about the next chapter in my hoops life. Still, have to say a big thanks to the IU community, fans and my teammates for all their support. Know that I appreciate you all so much! ?????? @UVAMensHoops pic.twitter.com/NErzsdMDXL

But midway through the season, Franklin suffered an ankle injury and was sidelined for two weeks. When he returned, he didn’t quite perform to the level that he displayed earlier in the year. Despite being hampered, he still provided a significant lift to the Hoosiers, like when he hit a game-winning pull-up jumpshot to beat Iowa.

In a late February game against Rutgers, Franklin landed awkwardly and hurt his right foot, a separate injury from his rolled ankle. After missing a few more games, he appeared in Indiana’s season-ending loss to Rutgers in the first round of the Big Ten Tournament.

On Thursday, Franklin announced he will be leaving Bloomington after two years with the program. Initially, there were six Hoosiers in the transfer portal, four of which have now returned to IU. Al Durham departed for Providence and now Franklin is gone, too.

The Hoosiers still have a lot of options in the backcourt with Khristian Lander, Rob Phinisee, Anthony Leal, Trey Galloway, Xavier Johnson and Parker Stewart.