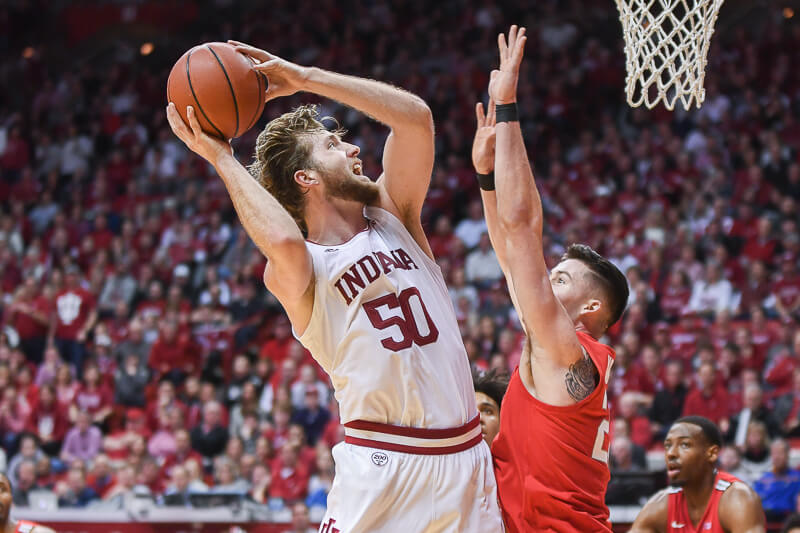 Former Indiana center Joey Brunk announced Saturday night that he will be transferring to Ohio State to use his final year of eligibility.

Brunk said earlier this week that he would not be returning to IU next season.

Brunk will now be playing for the Buckeyes under his former coach at Butler Chris Holtmann. Brunk started his collegiate career at Butler before transferring to IU ahead of his junior season.

The 6-foot-11, 255-pound big man missed the entire 2020-21 season after undergoing back surgery in late December. He was one of four players voted a captain last season for the Hoosiers along with Al Durham Jr., Rob Phinisee and Race Thompson.

Brunk did not go through Indiana’s virtual senior day festivities in March and left open the door for his return when he spoke to the media on March 1. But rather than returning to IU, Brunk opted to pursue his final year of eligibility at another school.

As a junior at Indiana, Brunk averaged 6.8 points and 5.2 rebounds in 19.6 minutes per game. He started 31 of the team’s 32 games and shot 52.2 percent from the field, which was down from the 62.3 percent he shot during his final season at Butler.

The loss of Brunk is a slight hit to Indiana’s frontcourt depth, but the Hoosiers are adding incoming freshman center Logan Duncomb to a rotation that includes Trayce Jackson-Davis, Race Thompson, Jordan Geronimo and Jerome Hunter.

Mike Woodson said recently that he’s still looking to add another forward from the transfer portal.