Joey Brunk will not return to Indiana for 2021-22 season 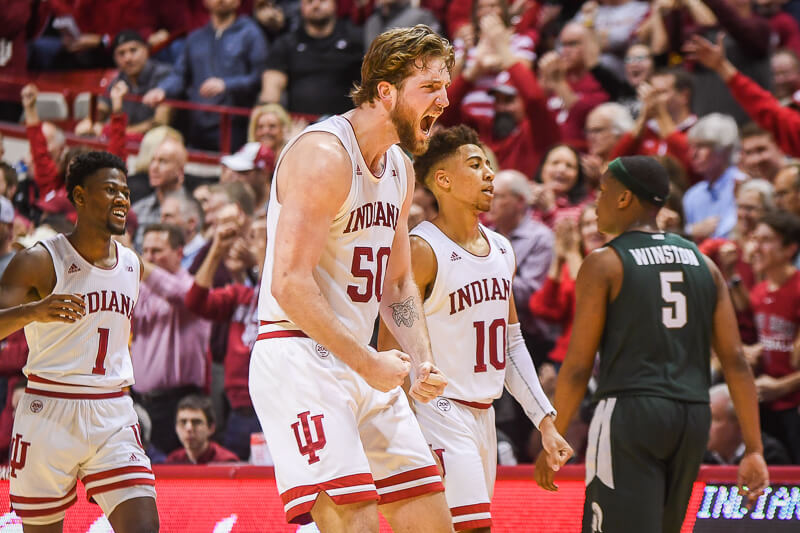 Indiana center Joey Brunk will not return to the Hoosiers for the 2021-22 season.

Brunk made the announcement Tuesday on social media.

I’m incredibly grateful for Indiana University. I have been able to get my Master’s Degree and am thankful to have been able to continue my education. I’ve decided to pursue my final year elsewhere. Thank you Indiana.

The 6-foot-11, 255-pound big man missed the entire 2020-21 season after undergoing back surgery in late December. He was one of four players voted a captain last season along with Al Durham Jr., Rob Phinisee and Race Thompson.

Brunk did not go through Indiana’s virtual senior day festivities in March and left open the door for his return when he spoke to the media on March 1. But rather than returning to IU, Brunk has opted to pursue his final year of eligibility at another school.

As a junior, Brunk averaged 6.8 points and 5.2 rebounds in 19.6 minutes per game. He started 31 of Indiana’s 32 games and shot 52.2 percent from the field, which was down from the 62.3 percent he shot during his final season at Butler.

Brunk’s junior season for the Hoosiers was full of ups and downs.

His nine points against UConn in the Jimmy V Classic helped the Hoosiers overcome a putrid offensive performance to grind out a 57-54 win. He tied a season-high with 16 points in a key 82-74 road win at Nebraska on Jan. 18 and followed that up with 14 points and six rebounds in a win over Michigan State on Jan. 23.

After that win over the Spartans, Brunk scored in double figures just once in the team’s 13 games and there were three games in which he didn’t score at all. But despite the rough ending to the season and several occasions in which he was benched in favor of Race Thompson, Brunk’s demeanor remained unchanged.

Over 92 career games at Indiana and Butler, Brunk has averaged 5.6 points and 3.5 rebounds per game.