Recruiting Roundup: June shaping up to be a busy month for visits at Indiana 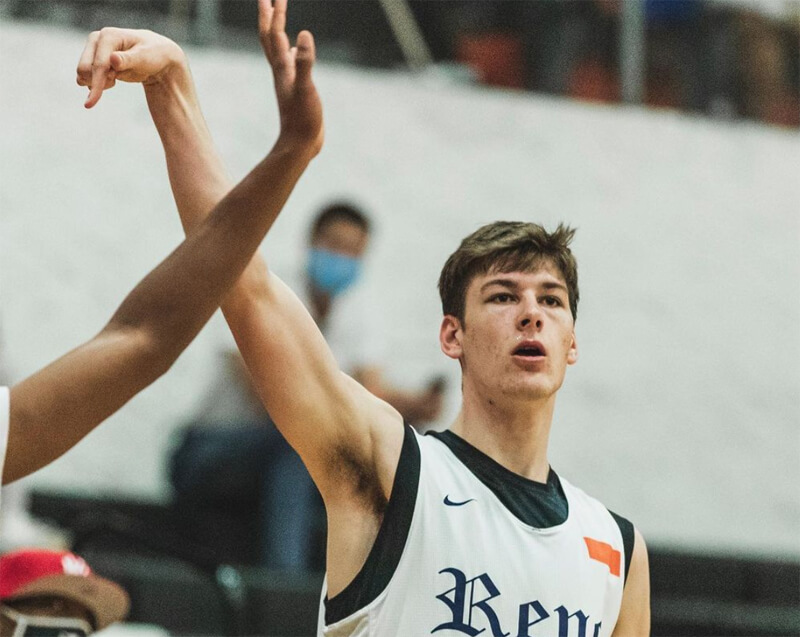 The moratorium on in-person recruiting lifts next month and it should be a busy month for campus visits to Bloomington for several key recruiting targets for the new Indiana coaching staff.

In mid-April, the NCAA announced that it would return to its regular recruiting calendars as of June 1, which means a quiet period will begin at the start of next month. A quiet period allows for prospects to once again visit college campuses for official and unofficial visits.

Here’s a roundup with everything we know so far about some of the more notable class of 20222 prospects expected to be on campus as well as another rising senior who put the Hoosiers in his top eight list on Friday.

• Wilbraham and Monson Academy (Mass.) forward Kyle Filipowski, whom we profiled last month, has set up five official visits and two unofficial visits for June. Here’s the list as confirmed by Mike McAlister:

The Indiana trip is right in the middle of the schedule and will bring Filipowski to Bloomington on a Tuesday and a Wednesday.

The 6-foot-10 forward has watched his recruitment explode this spring and he’s all the way up to No. 56 nationally in the latest 247Composite rankings.

Last month, his high school coach Mike Mannix told us that he could end up being the best player Wilbraham and Monson has ever produced:

“People are just enamored that at 6-foot-10, he can stop on a dime and make a 17-foot pull-up jump shot,” Mannix told Inside the Hall. “Or come off of a ball screen and knock down a 3 if a guy goes underneath a screen. And he goes into the post and has incredible footwork in the post. But you can also see that when he gets in a tight area around the basket, he can jump with anybody.”

• On Friday, class of 2022 DeMatha (Md.) wing Tyrell Ward revealed his top eight schools and included Indiana among the schools still vying for his commitment.

The 6-foot-7 Ward is ranked the No. 56 player in the country according to the 247Composite and DeMatha should be familiar to Indiana fans as the school produced former Hoosier star Victor Oladipo.

• Four-star forward Justin Taylor of St. Anne’s-Belfield School (Va.) is also scheduled to be on Indiana’s campus for an official visit in mid-June.

Taylor has the following visit schedule set up thus far:

Taylor, who is 6-foot-6, is the No. 86 prospect nationally in the 2022 class according to the 247Composite. He plays for Team Takeover on the Nike EYBL circuit.

In a feature written last fall by Inside the Hall’s Tyler Tachman, Taylor said he was trying to remove the “just a shooter” label from his game:

Taylor displayed his lethal 3-point shooting in a variety of ways. He curled off of screens, set picks, camped in the corner and created separation off of the dribble. Every time, though, Taylor’s release was consistent. He raised the ball over his head, flicking his wrist in a machine-like manner, allowing him to swiftly get the shot off over defenders. Just like Kerri taught him.

Throughout that summer, Taylor collected offers from James Madison and Old Dominion.

During that time, though, Taylor grew tired of being labeled a shooter. He knew he could be much more than a one-dimensional scorer.

• Fayette County (Ga.) 2022 forward Kaleb Banks, who landed a scholarship offer from Indiana in April, is also expected to be on campus in June.

Banks, who plays for the Atlanta Celtics and spoke extensively about his relationship in a Q & A with Inside the Hall last month, is expected to be on campus June 10 according to this recent interview with Austin Smith:

#Gibbons 1-on-1 with Austin Smith:

Banks also said he has an unofficial visit set up to Alabama in June.

The 6-foot-8 forward has a relationship with assistant coach Yasir Rosemond that predates Rosemond’s hiring in Bloomington:

“Me and coach Rosemond have had a relationship for a year and a half now. He’s someone I really trust. He used to train me a lot. He’s easy to talk to and easy to relate to. He’s always encouraged me and has always told me things I need to improve with my game. He’s very knowledgeable about the game. He’s given me a lot of advice about basketball and we’ve built a bond off of that.”