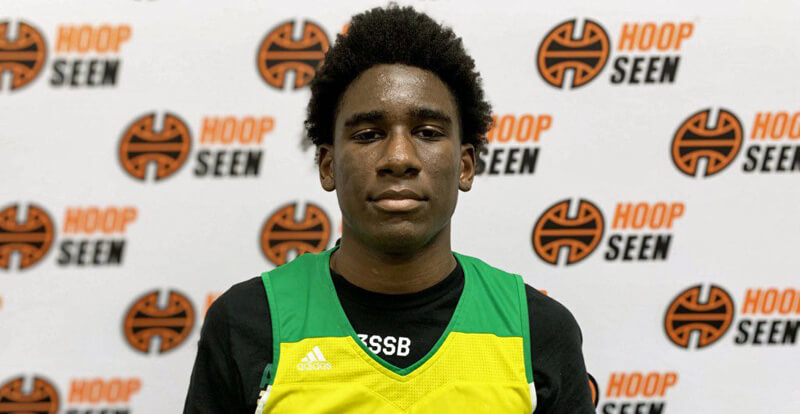 In a conversation with coach Mike Woodson and new assistant coach Yasir Rosemond, the 6-foot-8, 215 pound forward added an offer from Indiana.

Blessed to receive an offer from Indiana University ??? @Coach_Ya pic.twitter.com/5oxLn2cXKH

Banks spoke with Inside the Hall on Saturday about his relationship with Rosemond, his junior season of high school, the schools involved in his recruitment and more.

Our full Q & A with Banks is available below:

“Me and coach Rosemond have had a relationship for a year and a half now. He’s someone I really trust. He used to train me a lot. He’s easy to talk to and easy to relate to. He’s always encouraged me and has always told me things I need to improve with my game. He’s very knowledgeable about the game. He’s given me a lot of advice about basketball and we’ve built a bond off of that.”

How would you describe your game, your strengths and style of play?

“I think I’m a real versatile basketball player. At 6-8, I can do things that most players can’t. I can guard multiple positions, probably one through four. Maybe one through five if I get stronger. Offensively, I think I can shoot, attack and open up opportunities for my teammates. I can do well in the pick-and-roll, either setting a screen or coming off the screen. I’ve got a nice 3-point shot as well. I think I get to my spots well on offense.”

How did your high school season go?

“I had a pretty good high school season. I think I ended up averaging 24 points and eight rebounds. As a team, we made it to the state championship, but we lost by one point.”

What was that game like and what did you take from the experience?

“Now that I look back at it, I’m proud about the season we had. Throughout the regular season, we had a lot of ups and downs and fought a lot of adversity. We hit our stride at the end. I think we started off 1-4. To start off that way and then compete for a championship, I think that really says a lot.”

What are your plans for the grassroots season?

“I’m playing for the Atlanta Celtics. We have an adidas tournament coming up next weekend. There’s a lot of tournaments in Atlanta. I’m not sure if they’ll open everything back up so we can travel out of state.”

Are you looking forward to potentially playing in front of college coaches this summer?

What do you know about the IU program and what has coach Rosemond told you about the program so far?

“I heard it was a basketball school. I know they have a great tradition. They’ve got great fans. They were reaching out to me yesterday (on Twitter). I know Indiana was very good back in the day. I don’t think they have been as good lately. That’s pretty much it.”

What do you know about Mike Woodson? Does the NBA background appeal to you?

Which other schools are involved with you at this point in terms of offers and interest?

“Some of the offers are Georgia, Georgia Tech, Alabama, Clemson, University of South Florida, Xavier and Mississippi State. I’ve been hearing a lot from those schools. And for interest, Florida State and Virginia Tech have been reaching out to me.”

What do you like to do off the court and away from basketball?

How has the pandemic impacted you basketball-wise?

“I missed a couple of things. I think last year would have been a big year for me to play in front of coaches for the first time or maybe just play on the adidas circuit. I think I missed out on that. Other than that, I’ve still been grinding.”