A few minutes later Henry gets the ball up top with Armaan Franklin guarding him: 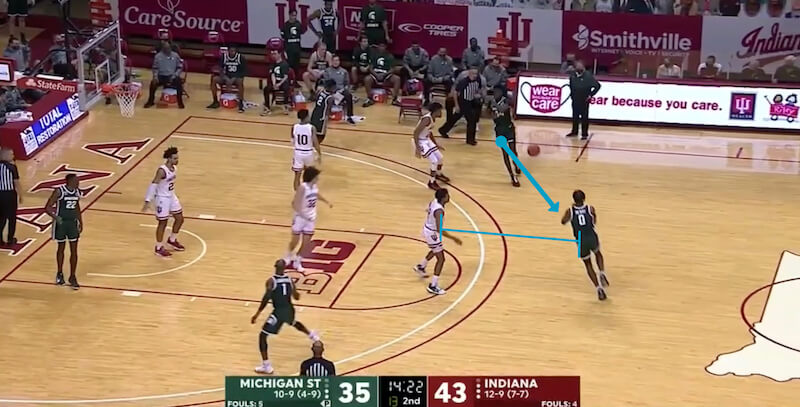 Henry immediately ball fakes and Franklin falls for it: 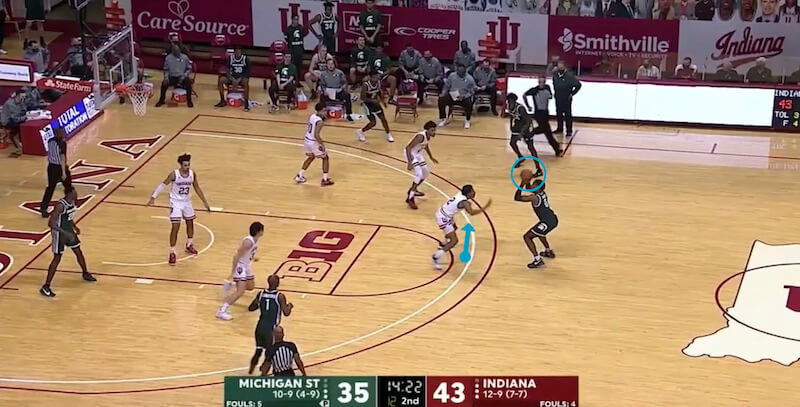 Franklin’s up in the air as Henry moves left on him via the fake: 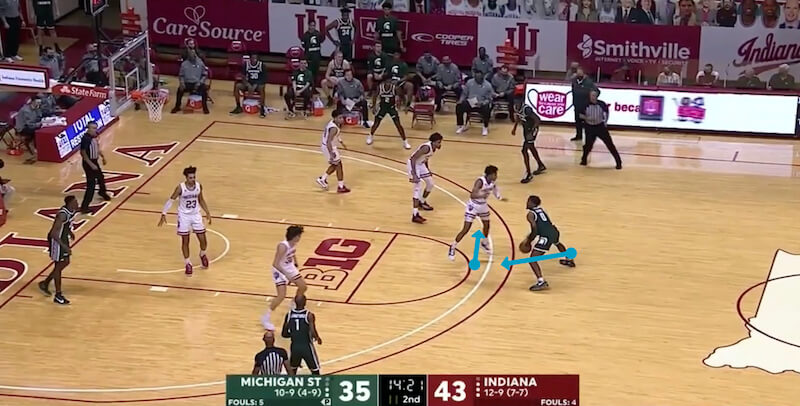 Trey Galloway stunts over in the gap for help defense, but Henry is able to get through him and Franklin: 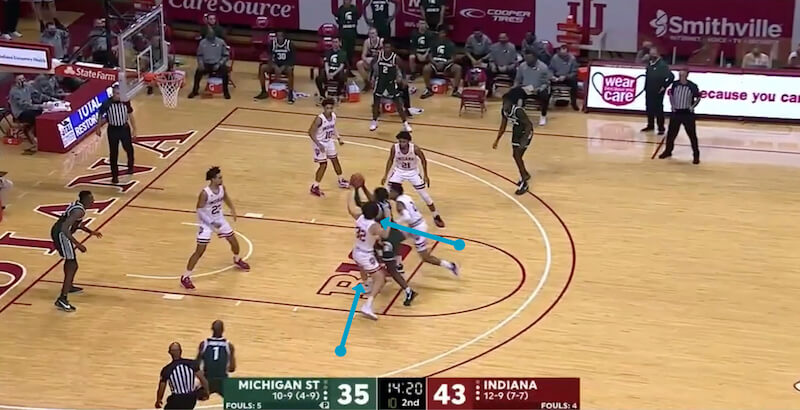 Franklin picks up the foul from behind on this one and Henry would make another two at the line: 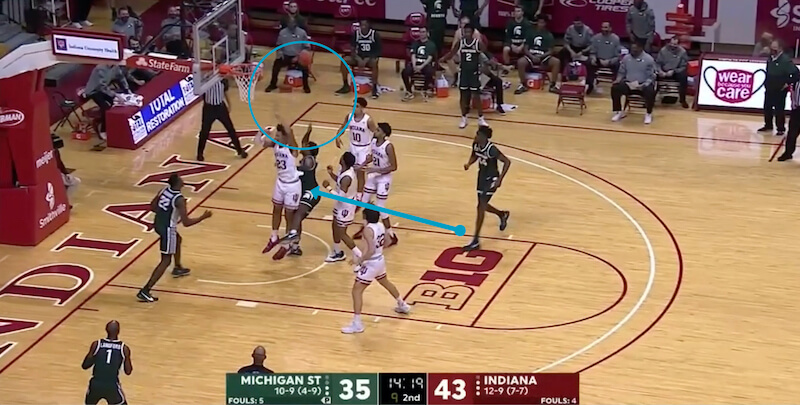 On some of Henry’s scores in the paint, Indiana’s perimeter defenders were at least able to follow him into the lane and give some resistance, though his size and ability to shoot over them ensured more points. But he was also able to completely shake his defender on a few occasions, as shown here. Indiana has had problems all Big Ten season stopping straight line drives and Henry exploited this fact to great effect in the second half.