During Indiana’s 80-73 double overtime loss to the Badgers on Thursday night, Anthony Leal played his best game as a Hoosier. The freshman held his own on defense in 34 minutes of action and scored a career-high nine points on 3-of-6 shooting from deep.

Leal mainly found himself ready to catch and shoot on the weak side off of high ball screens involving Trayce Jackson-Davis and either Al Durham or Rob Phinisee as the primary ballhandlers.

We’ll take a look at Leal’s performance in the latest edition of Film Session:

Here’s Leal on defense. With Durham and Phinisee guarding Brad Davison and D’Mitrik Trice, Leal has to guard Aleem Ford and is giving up several inches on him. Ford passes to Davison on the left wing: 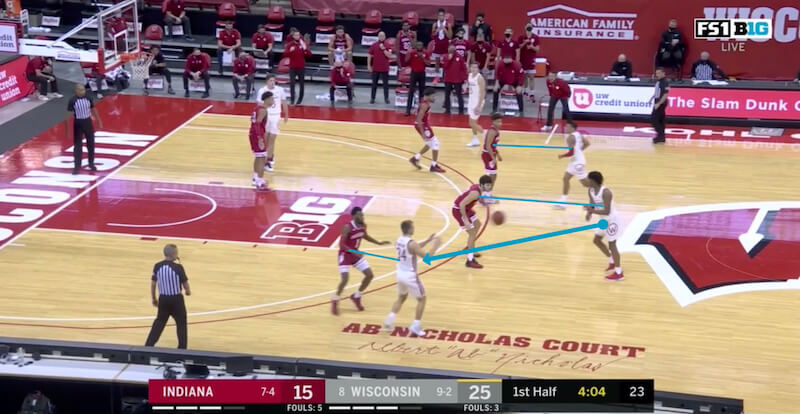 And immediately heads into space and calls for the ball on the smaller Leal: 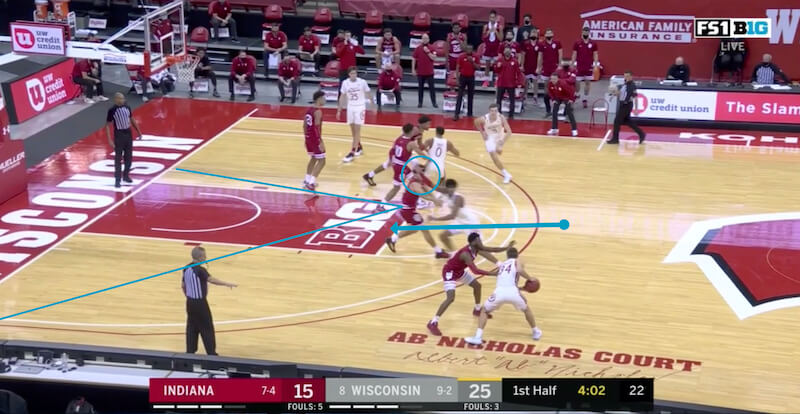 But Leal hangs tough and fronts Ford as Davison looks for him: 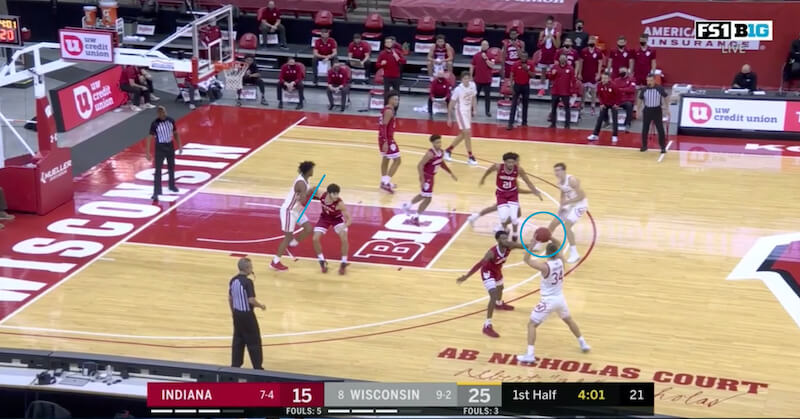 Ford spins back around and continues to try and get position to receive the ball, as he’s still got a ton of space with the rest of the Badgers going four out around him. But Leal continues to pester: 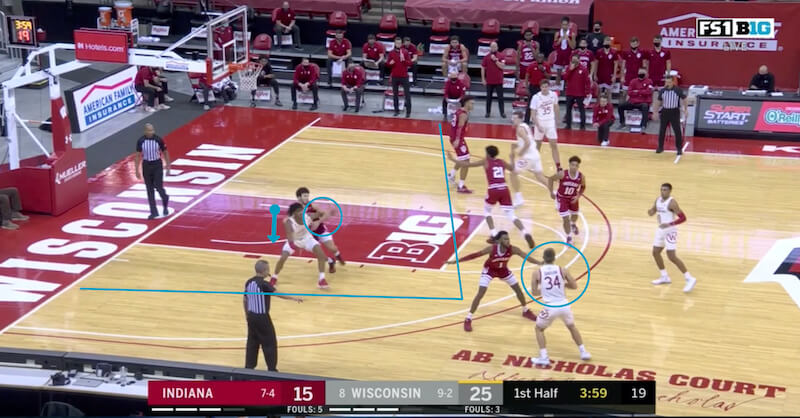 So the ball is swung around the perimeter and now it’s Trice looking for Ford on the right high post. Leal continues to front some: 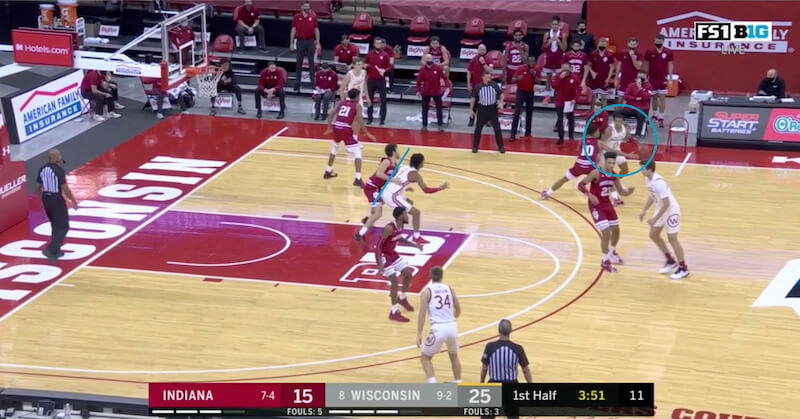 Trice swings the ball into the right corner to Tyler Wahl and Leal continues to front Ford down on the right low block: 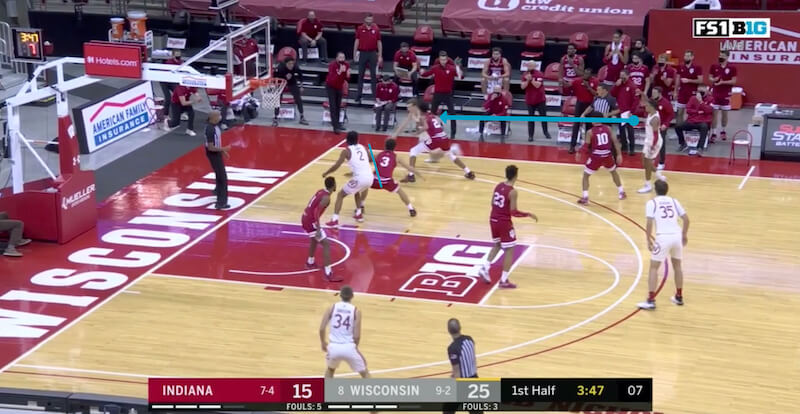 This possession ends with Wahl shooting a bailout mid-range fallaway jumper with the shot clock winding down. Jerome Hunter picks up a dubious foul call on the shot: 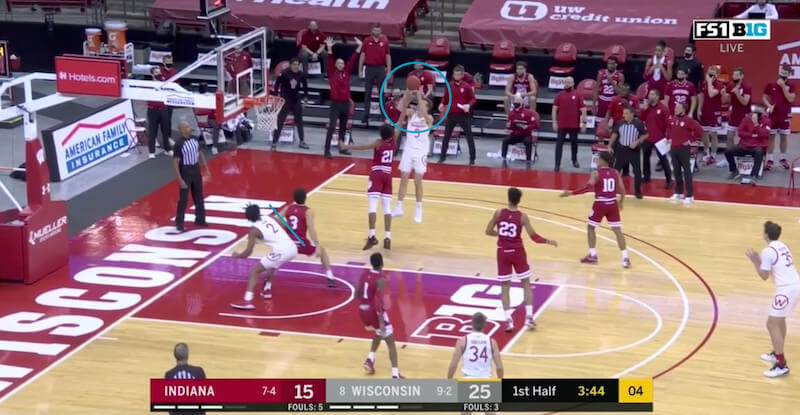 Nice job by Leal here to continue to make it difficult for the Badgers to get Ford the ball on the block.