With the Hoosiers down a bucket with under a minute to go, Davis sets a down screen for Langford to get him free as Green passes him the ball: 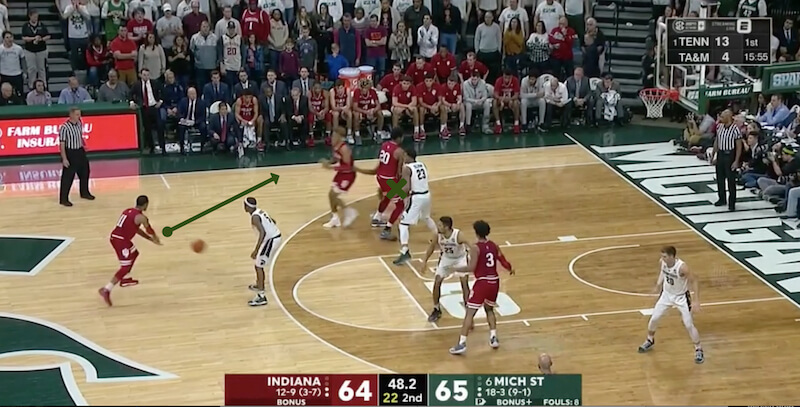 Langford looks to make a move on Aaron Henry, but Henry sticks with him on the drive as well as the stepback: 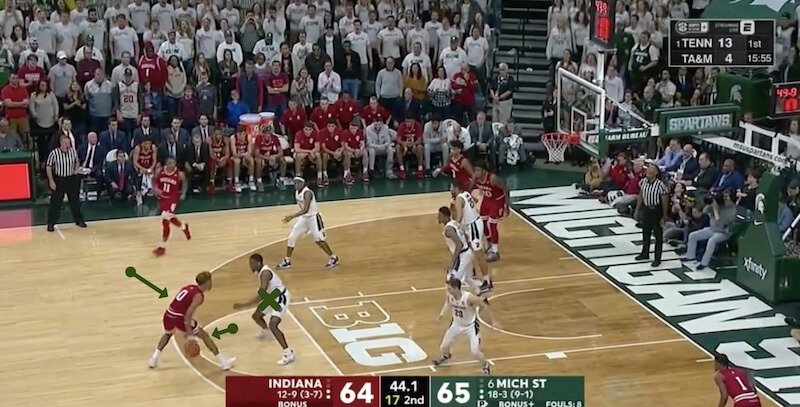 Langford pulls back out and gets a ball screen from Davis: 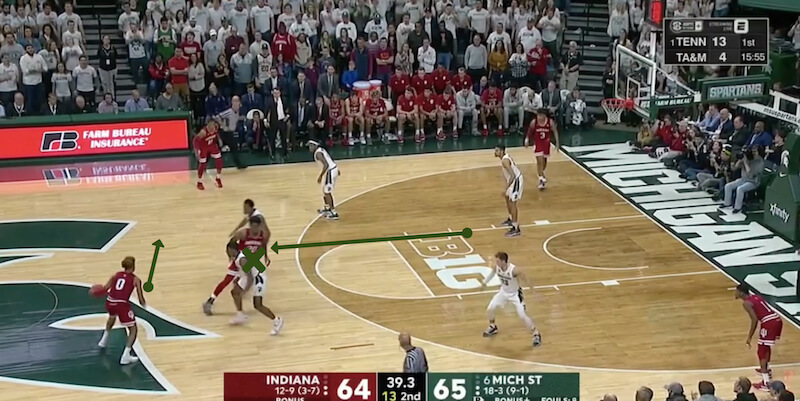 As Henry sizes up Langford, Tillman recovers back to Davis. Matt McQuaid hangs in help position near the free throw line, leaving space for Al Durham near the right corner: 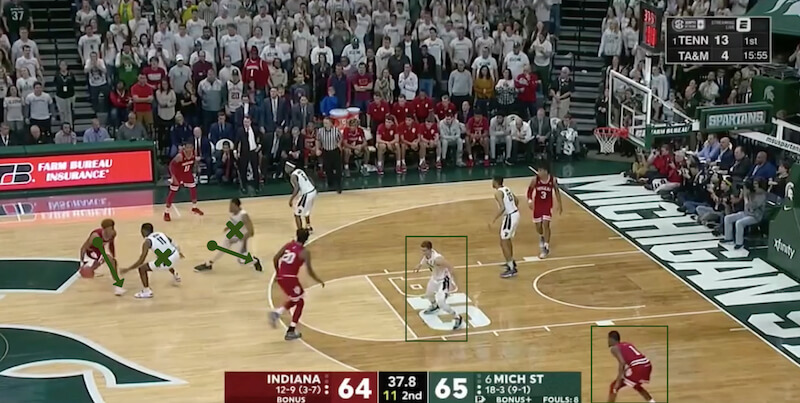 Langford turns the corner on the drive and all three Spartans are near: 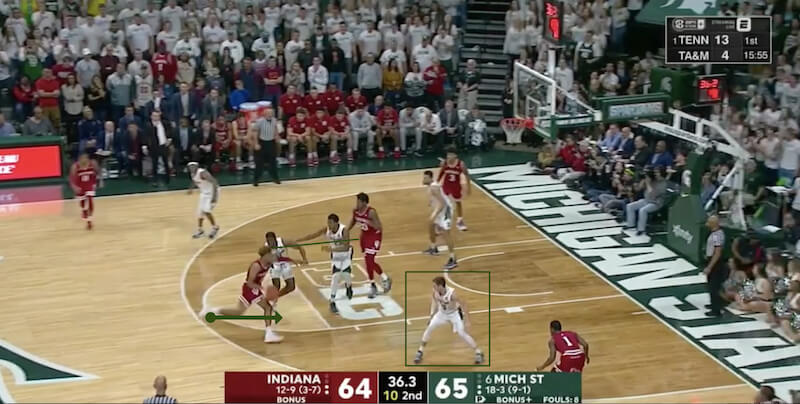 McQuaid doesn’t fully commit to putting his body in front of Langford, instead he just reaches in, and Langford has the slightest of angles on Henry and Tillman: 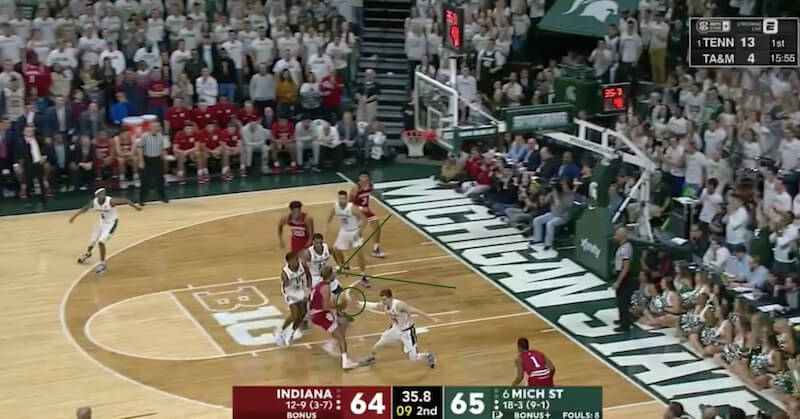 McQuaid runs back out to ward off the pass to Durham as Langford gets the shot up and connects to put the Hoosiers up one: 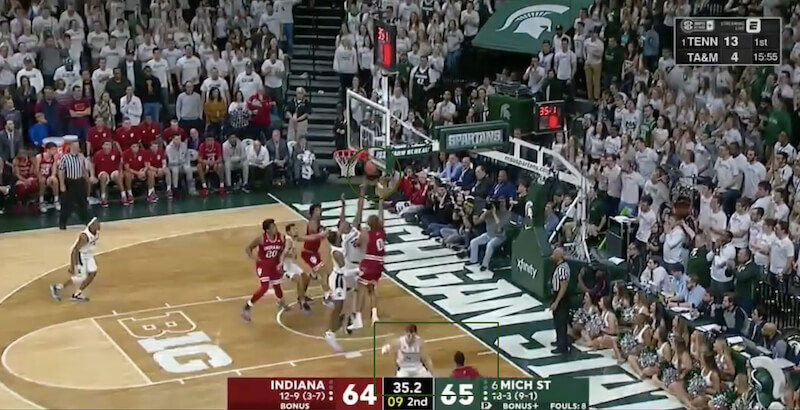 Heck of a finish from Langford here and perhaps he was helped out ever so slightly by McQuaid opting to cover Durham in a game the Hoosiers finally shot well again from distance.

Continue to page 4 to see a Davis score: