With just over eight seconds left in overtime, Winston brings the ball up the court quick after a Davis free throw miss and feigns like he’ll take a Tillman ball screen right. But he heads left instead: 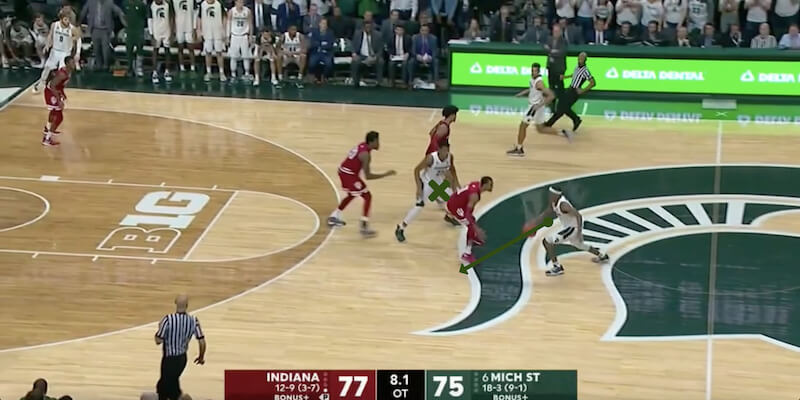 He has a lot of open space ahead to the rim. Smith sees there’s no one back to stop him: 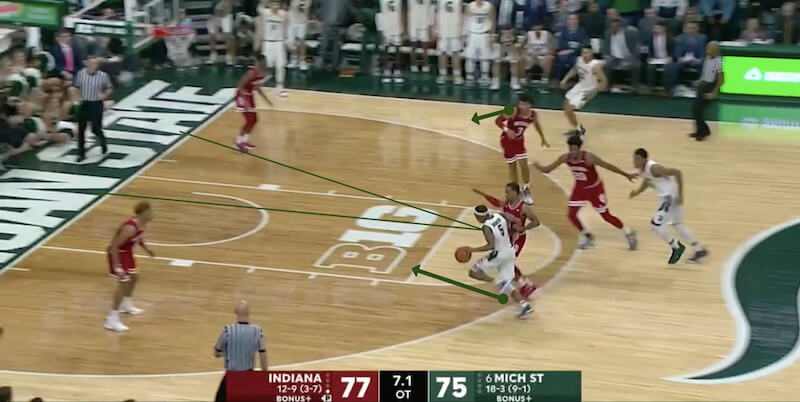 So he comes down to the lane to help and times his jump as Winston goes up: 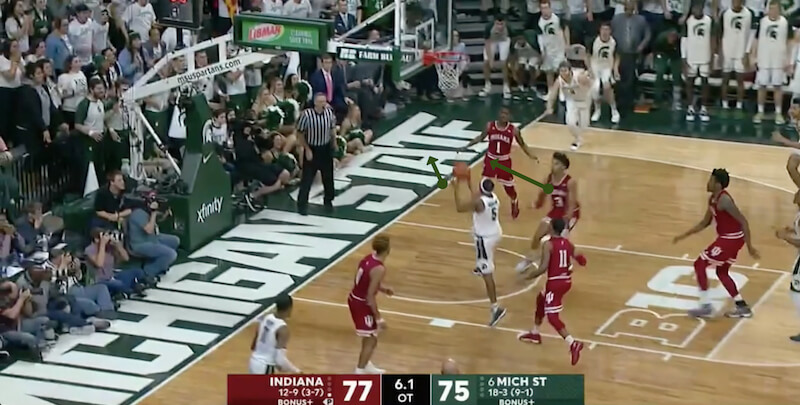 Smith barely blocks the shot with his fingertips, essentially halting Winston from tying the game late:

Great instincts from Smith here on one heck of a play in a key moment.