In its win up in East Lansing on Saturday night, the Hoosiers got a total team effort. With Devonte Green and De’Ron Davis back in the lineup, each contributed on offense in a significant way, as Green was hot from distance and Davis was hard to stop on the block.

Indiana also got big defensive efforts for Justin Smith and some timely buckets from Romeo Langford down the stretch.

We’ll take a look at some key plays from these four at the end of the second half and during overtime in the latest edition of Film Session:

Down a point with just over four minutes to go in the contest, Green passes to Langford in the left corner: 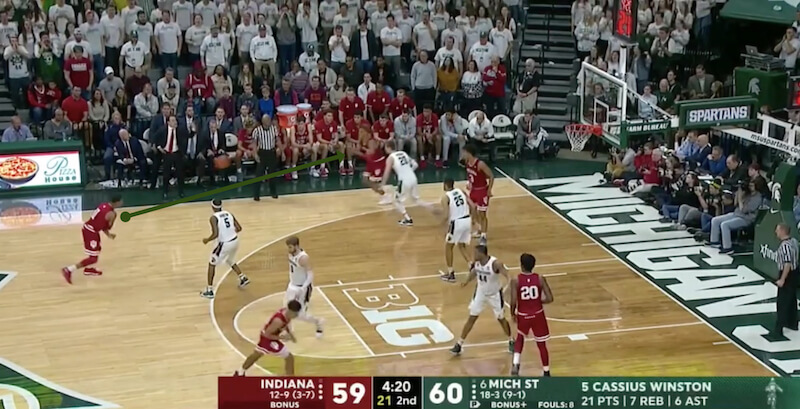 Justin Smith comes up from the short corner to set a ball screen for Langford and he takes it right: 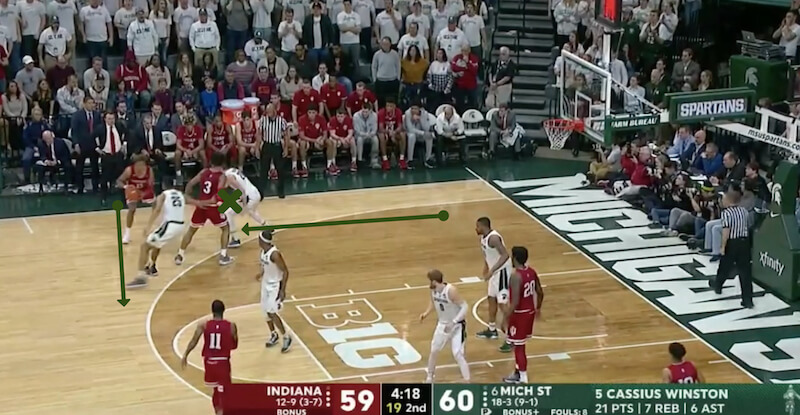 As Langford turns the corner, Cassius Winston sits near the middle of the free throw line in help defense position on Langford. This gives Green space on the right wing: 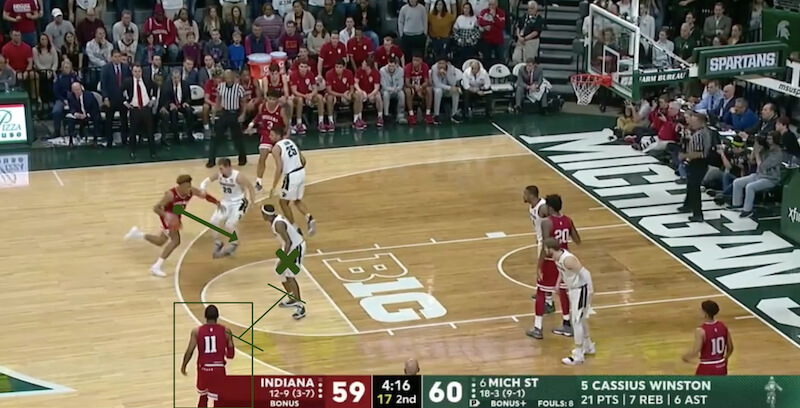 Winston stays home on the help and Langford rises up and zips the pass to Green: 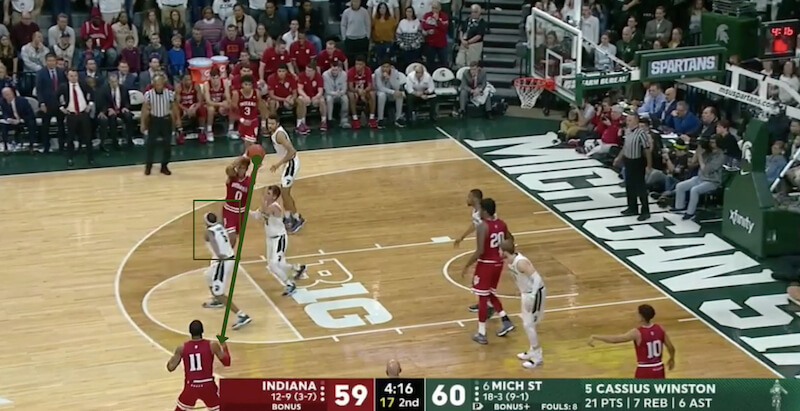 Green knocks down the triple to put the Hoosiers up two points, as Winston doesn’t even get a hand up: 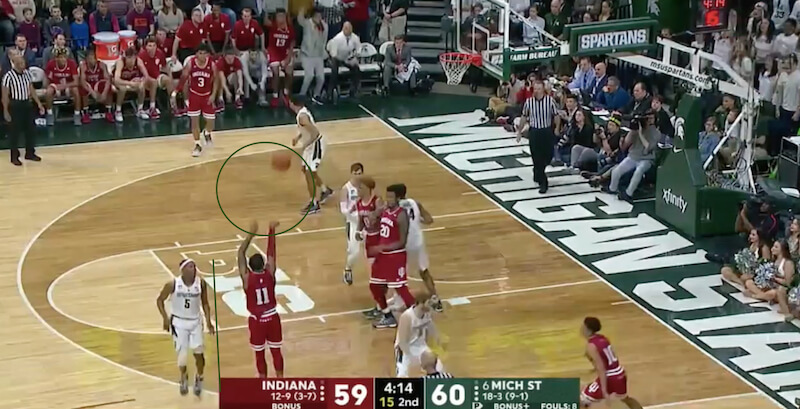 So often during Indiana’s seven-game losing streak, teams loading up on Langford meant a teammate was open beyond the arc. But so often, Indiana missed these sort of looks. Yet against Michigan State, the Hoosiers shot 10-of-20 from distance and Green was a big reason why, as he knocked down 3-of-4.

Continue to page 2 to see a Smith block: