Kenny Goins sets a ball screen for Winston up top: 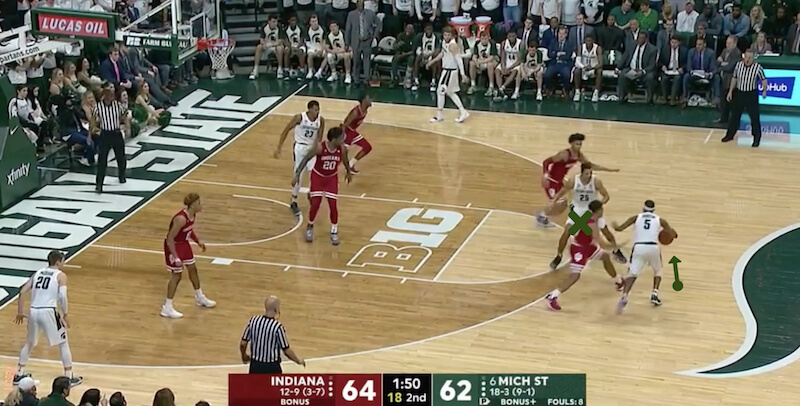 Phinisee is able to recover and stop the drive: 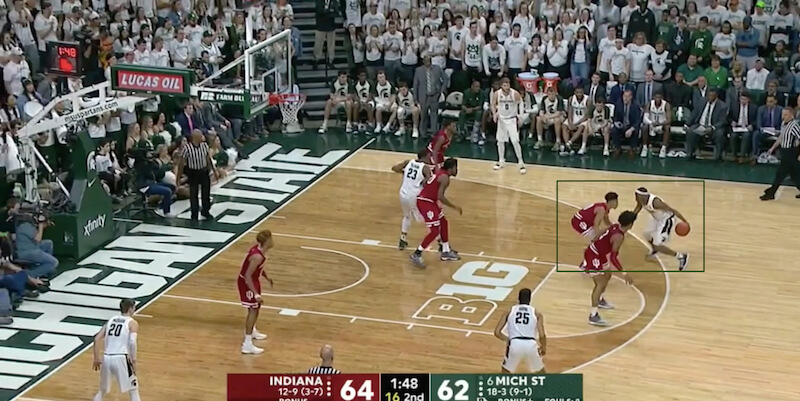 He pushes Winston back out: 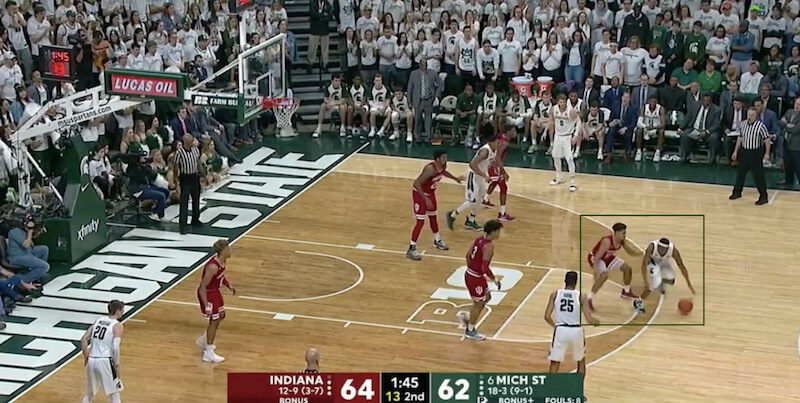 Winston resets and it looks like Xavier Tillman is going to set another ball screen for him. But he slips it as Winston drives right: 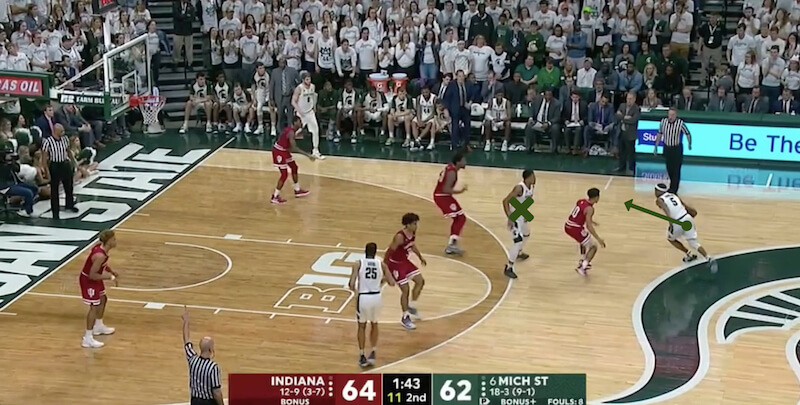 Both Phinisee and Davis stop Winston. But this means Tillman is open and he cuts to the basket: 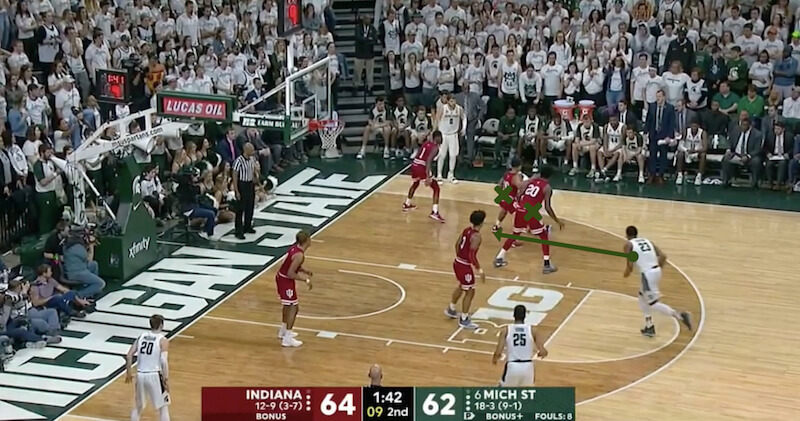 Winston fires the pass over the top as Smith starts to move towards the action leaving Goins by a lot on the perimeter: 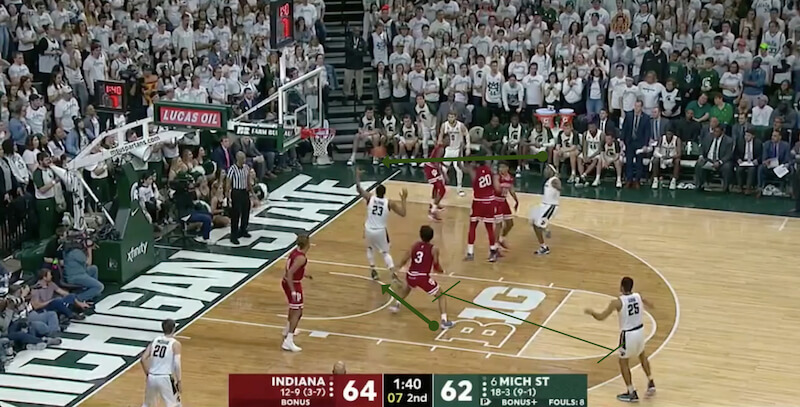 Smith rises up and blocks the shot, ensuring the Spartans won’t score on this possession to tie the ball game with 1:39 to go: 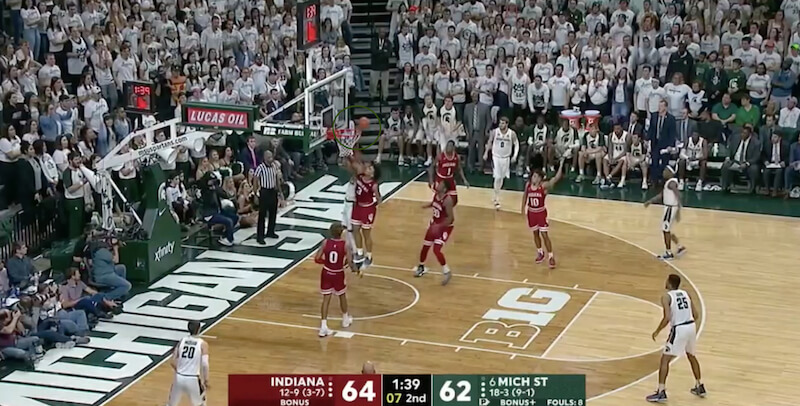 Great team defense from start to finish on this possession here. This Smith block was absolutely enormous, the first of two big blocks down the stretch from him.

Continue to page 3 to see a Langford score: