Phinisee picks up Cunningham in the backcourt as he raises his hands to the crowd: 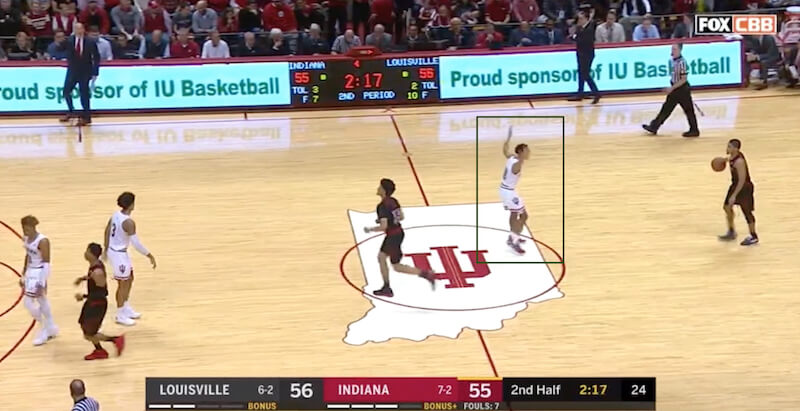 As Cunningham drives left, Phinisee sticks right on him, not giving him any space: 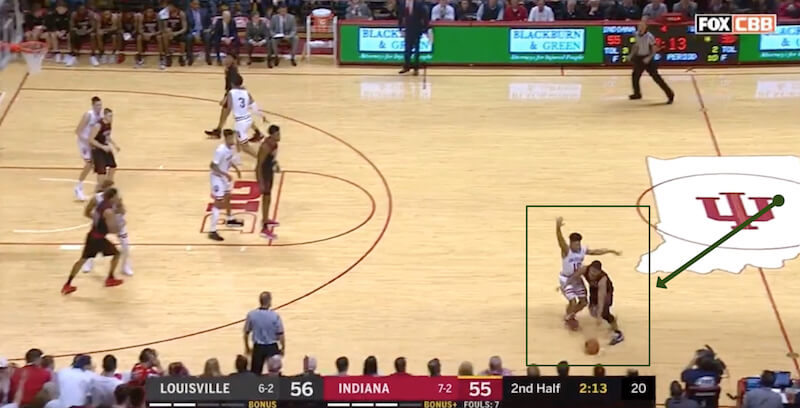 He passes the ball to McMahon: 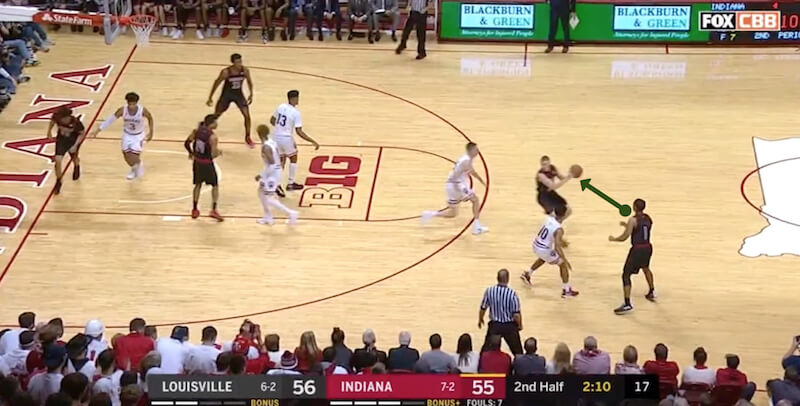 With McMahon bringing the ball to the other side of the court, Dwayne Sutton starts to cut up from the basket to receive a screen: 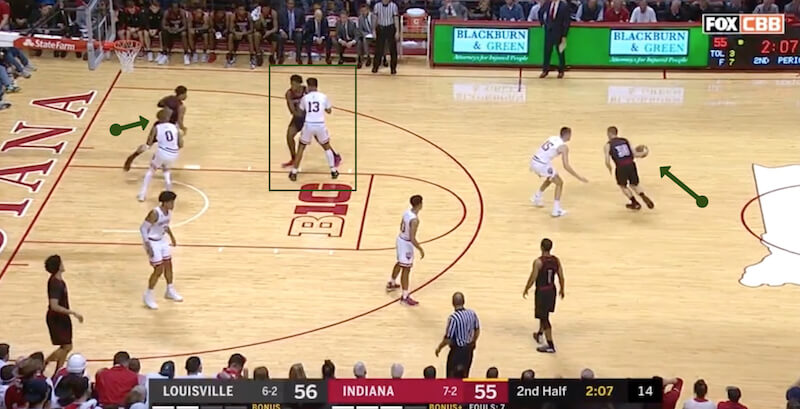 Enoch sets it for him and he come around it. McMahon looks for him to the right: 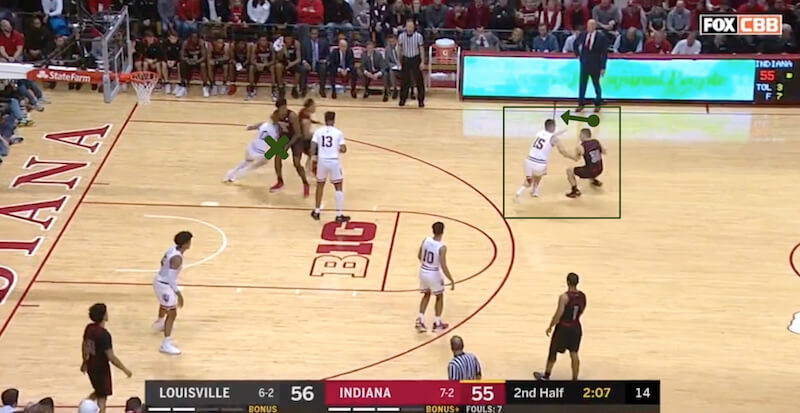 But as McRoberts hounds him, McMahon tries passing the ball left instead: 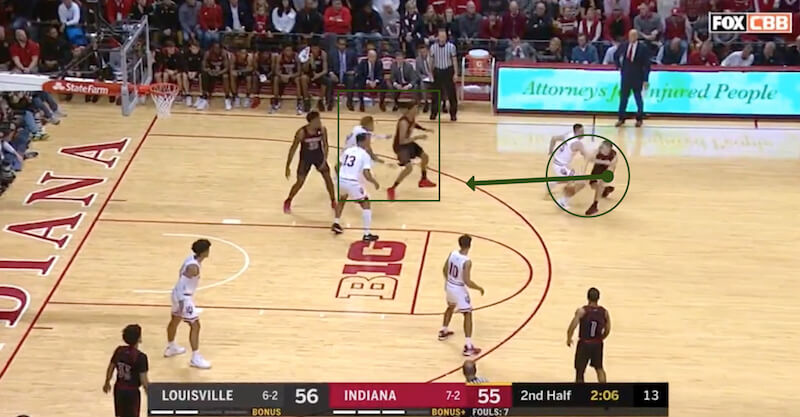 He’s off balance and it allows Langford to swipe the ball for the steal: 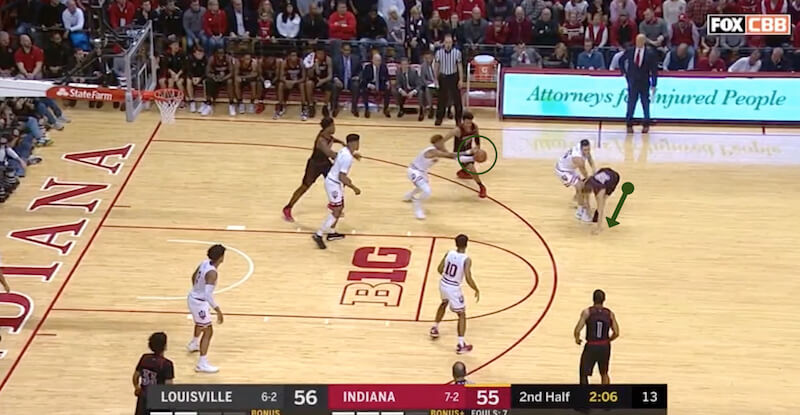 Langford gets ahead of the pack in transition and has two Cardinals on the chase: 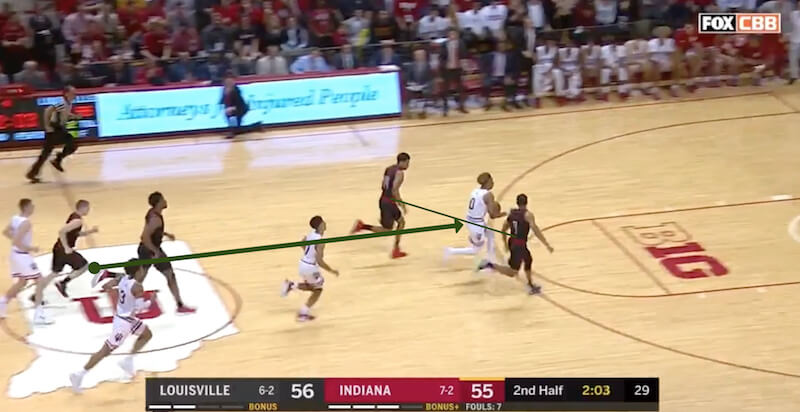 He lays it in for two points as the Hoosiers take the 57-56 lead: 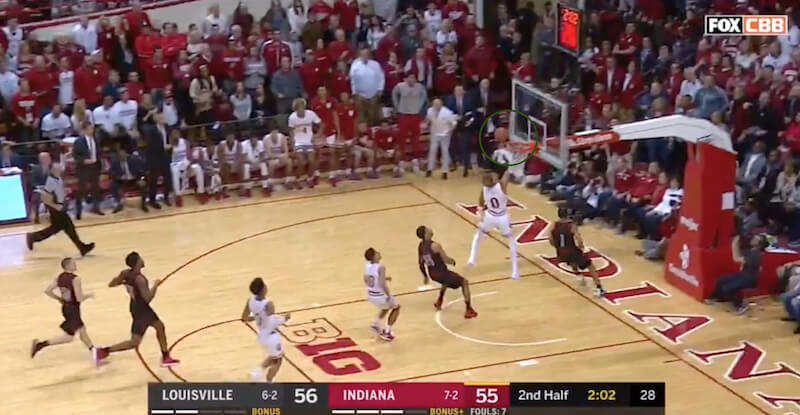 This steal came right after Langford missed two straight free throws, showing the freshman didn’t lose focus on the other end despite the 0-2 trip to the line.