Out of a timeout, Penn State inbounds the ball to Bolton: 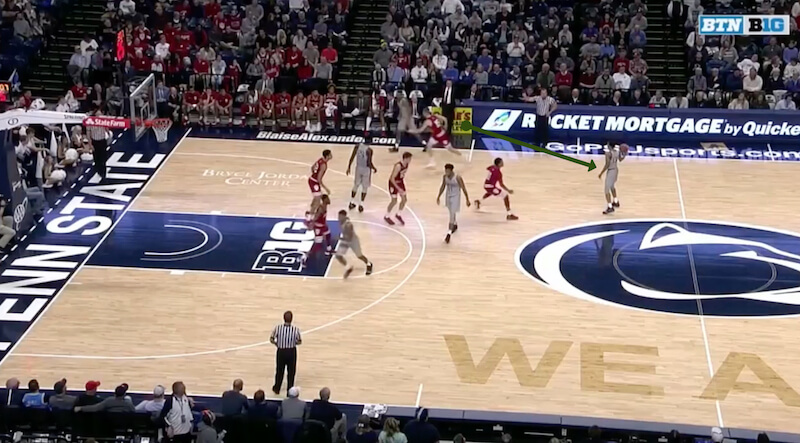 Josh Reaves, the inbounder, cuts through the lane and gets a screen on the left low block as Bolton waits for him to get open: 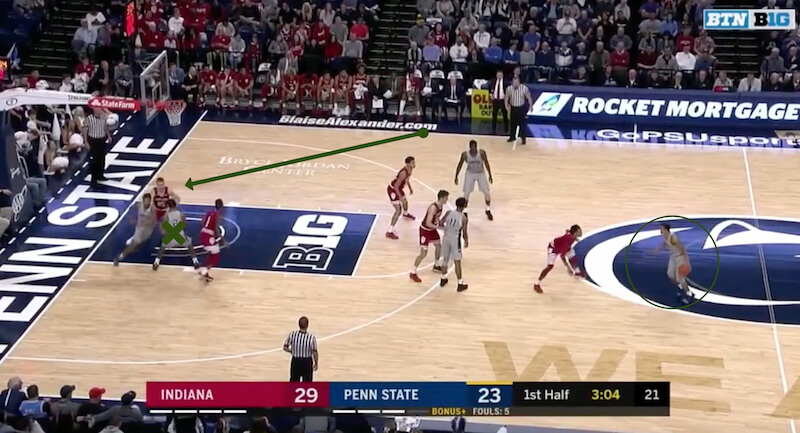 The pass comes to Reaves on the left wing. Myles Dread starts to creep up on Moore: 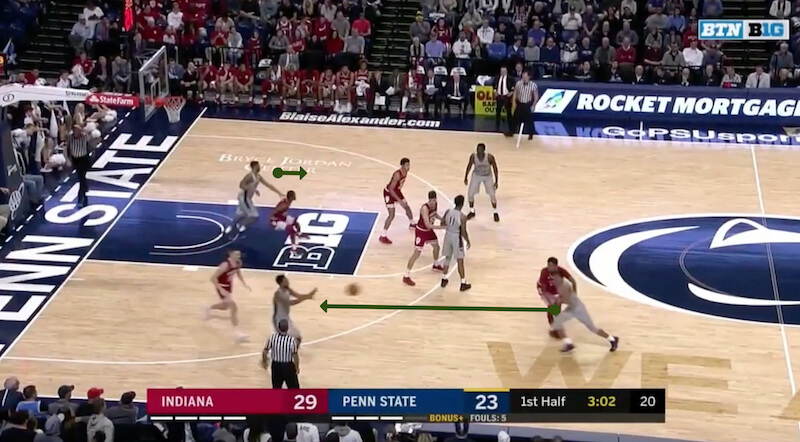 Dread sets the pick on Moore as Mike Watkins cuts to the basket. Reaves waits for him: 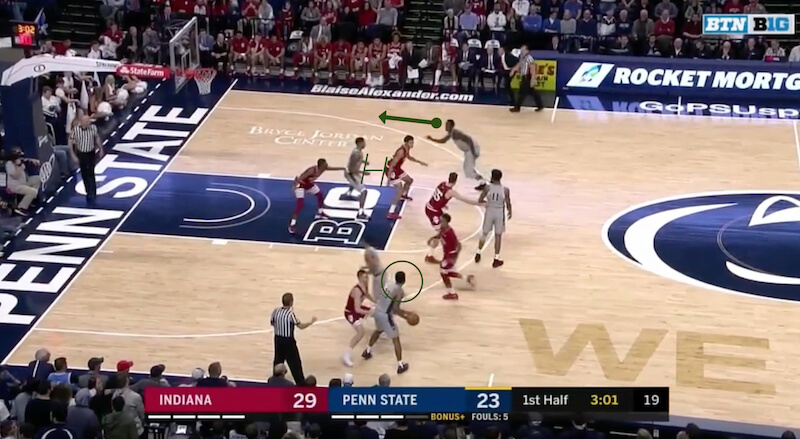 The pass comes as Dread has a body on Moore: 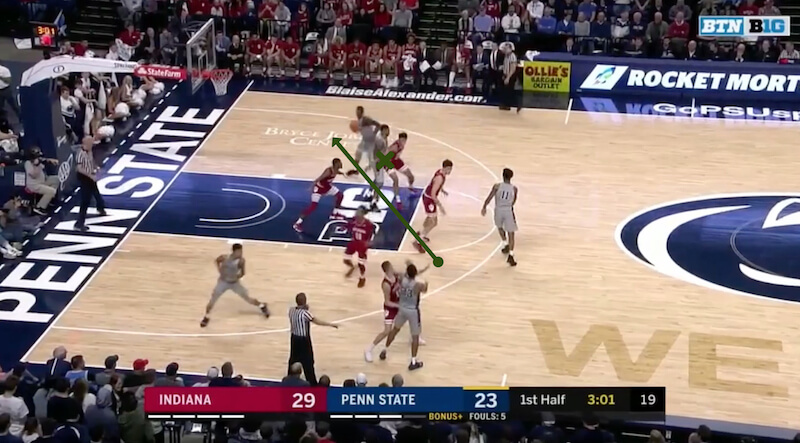 Moore doesn’t have space to move until Watkins has already caught the ball in the air: 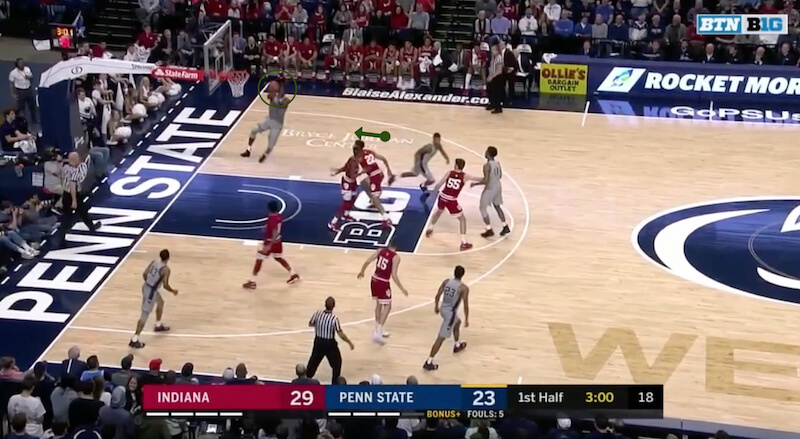 He slams it home for two: 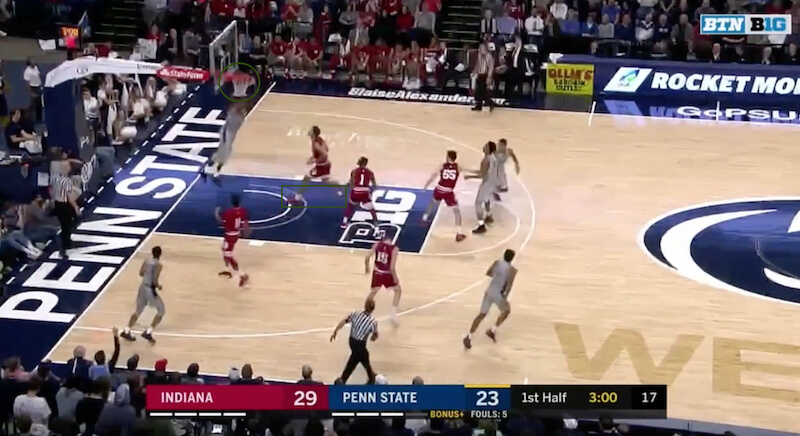 This was a set play from the Nittany Lions, one that perhaps targeted Moore in its last sequence. Neither Al Durham Jr. or Moore were ready for it.