In Indiana’s narrow victory over the Nittany Lions on Tuesday night, sophomore Clifton Moore got his first extended run of the season.

Moore entered the contest at the 6:40 mark in the first half and played the remainder of the half.

“At the end of the day, Clif deserved a trial,” Archie Miller said after the game. ” … I thought when Clifton got in there he gave us a spark.”

While Moore had an and-1, a block, a steal and four rebounds, he also had two turnovers, set an illegal screen and was beat on defense a couple of times.

We’ll take a look some plays on both sides of the ball from Moore’s performance in the latest edition of Film Session: 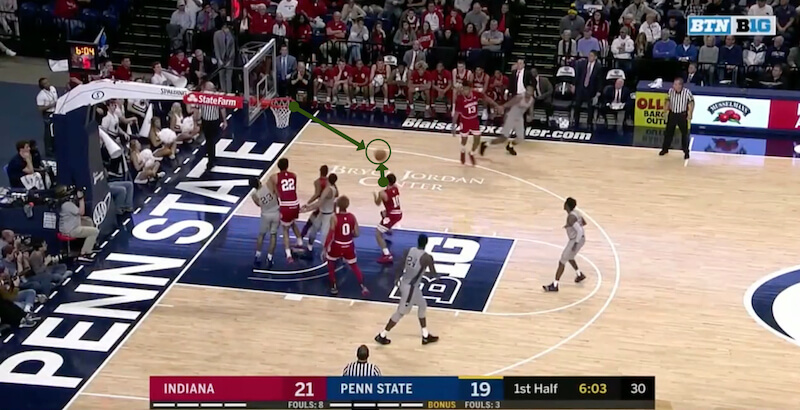 Phinisee brings it over the timeline and he’s got an open Romeo Langford on the opposite side of the court in transition: 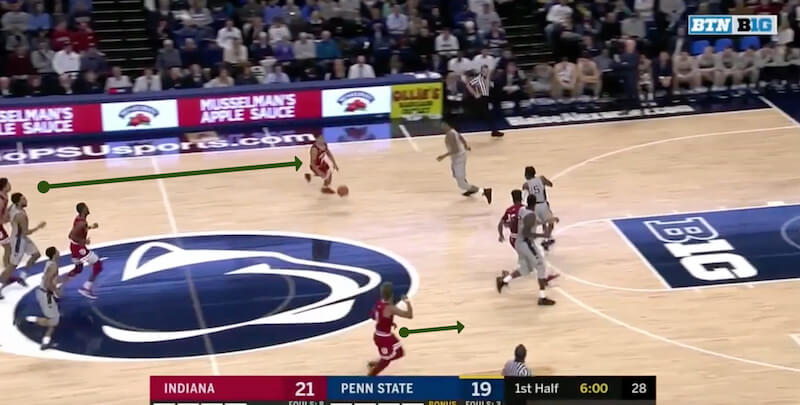 He makes the pass: 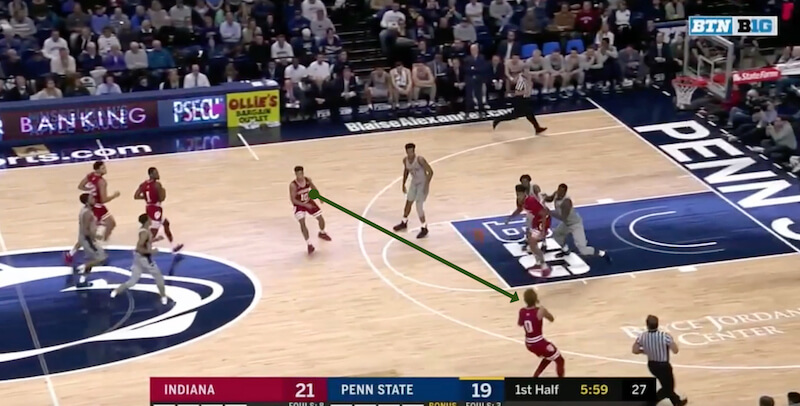 Langford steps into the 3-pointer and takes it. Moore is at the top of the key and has Lamar Stevens ahead of him in the lane: 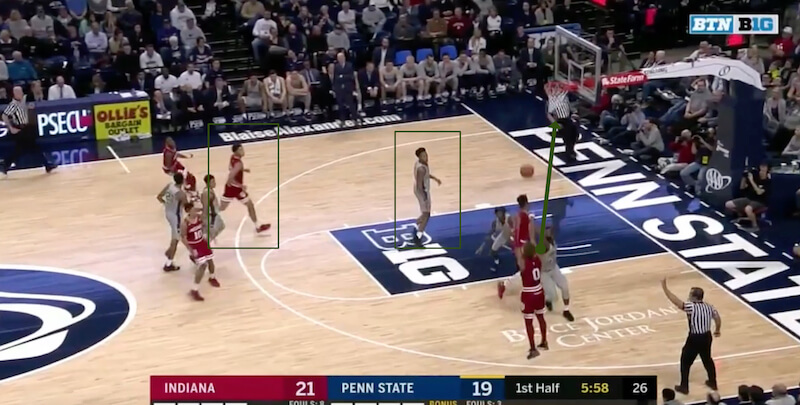 As the shot hits the rim, Moore is ready to pounce in an athletic position for the rebound. Stevens isn’t. He’s more up and down: 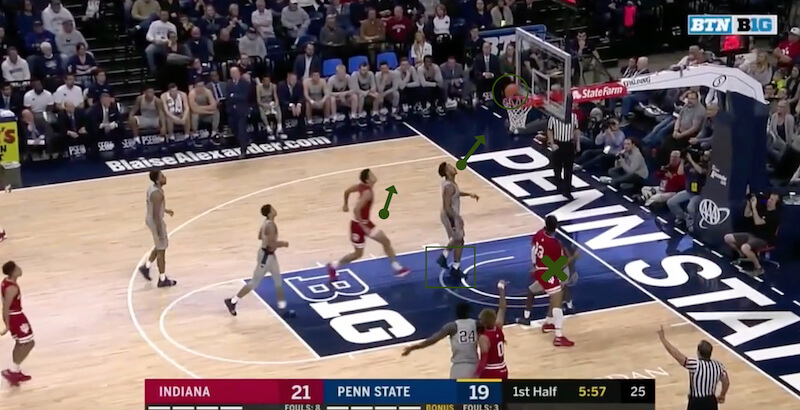 Moore comes to the ball and scores on a one-handed putback as he’s fouled. He converted at the line for the 3-point play: 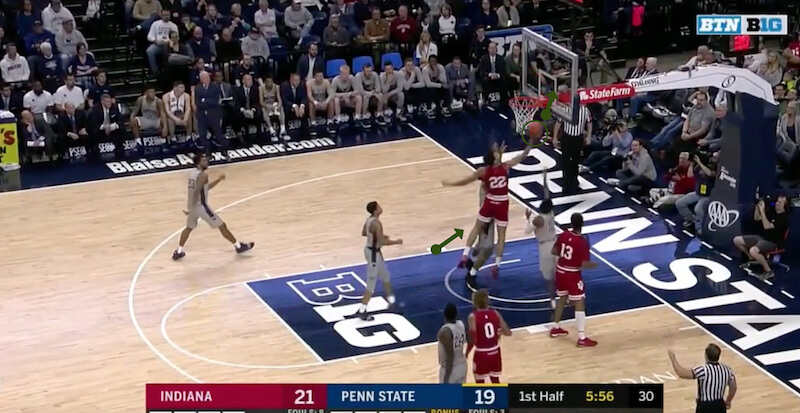 Nice instincts from Moore around the rim here.

Continue to page 2 to see Moore in the pick-and-roll: