Indiana needed Max Bielfeldt to step up in its win against Rutgers and the senior graduate transfer delivered on Wednesday afternoon.

As freshman Thomas Bryant sat on the bench with foul trouble on his way to fouling out in only six minutes of action, Bielfledt put on a show. He had career highs in both points (18) and rebounds (14).

Six of Bielfeldt’s rebounds came on the offensive end and he scored nine second-chance points off four of those boards. The Hoosiers won the game by seven.

We’ll take a look at Bielfeldt’s rebounding for putbacks in the latest edition of Film Session:

Yogi Ferrell has space on Corey Sanders to pop a trey early in the shot clock. He takes the space and fires. Bielfeldt is down on the right block: 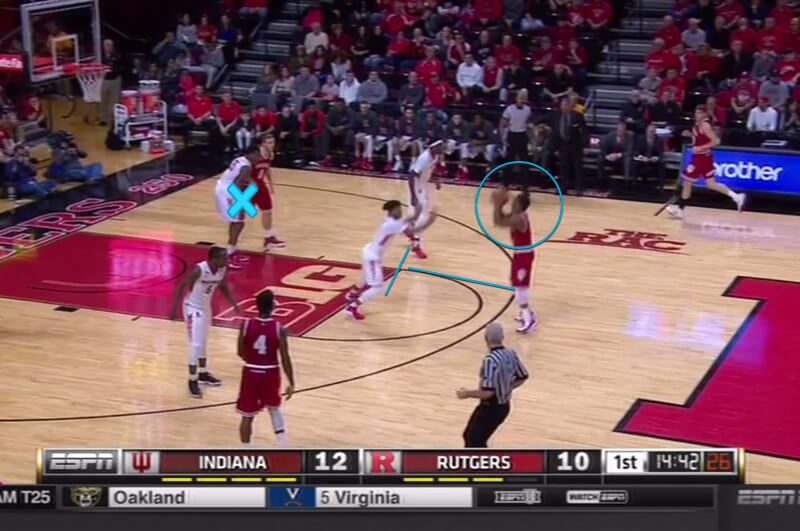 Bielfeldt sets up to try and get position to his right: 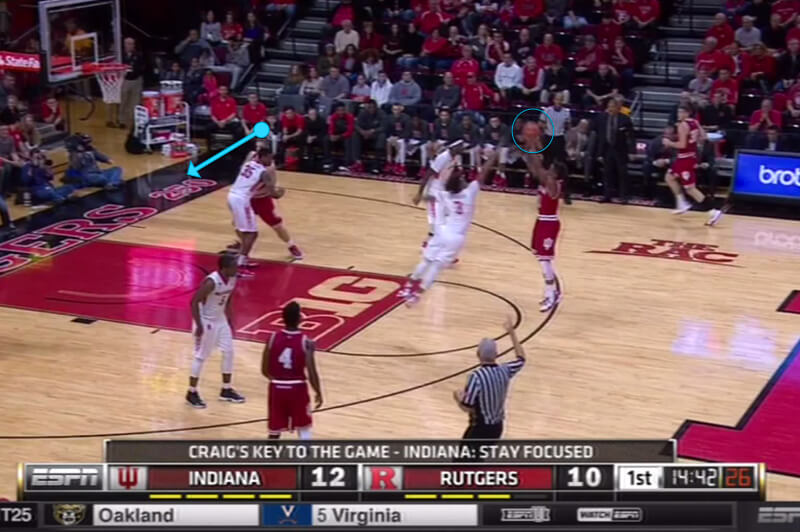 But he spins back around towards the paint and it puts Greg Lewis on the floor: 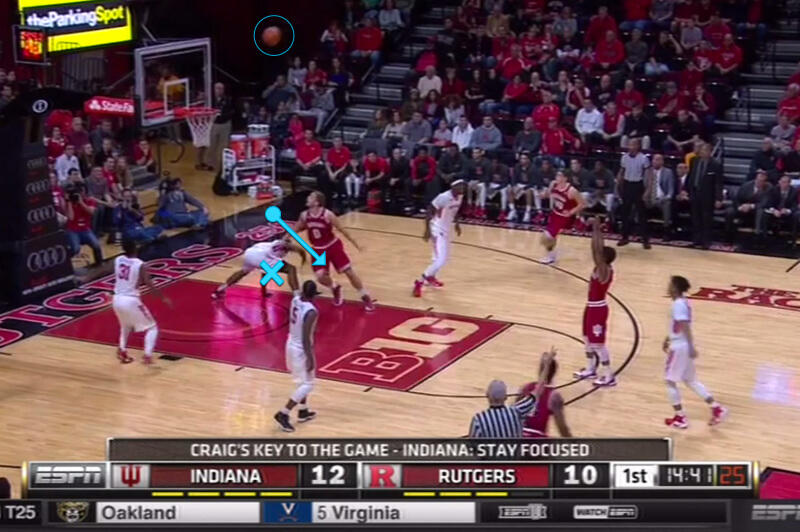 This allows Bielfeldt an uncontested rebound: 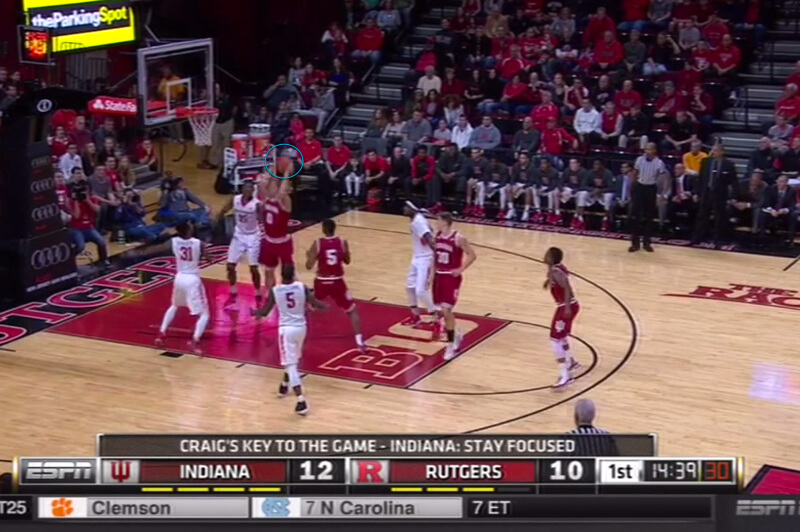 Lewis does a nice job of recovering and has two hands up as Bielfeldt gets the shot up. But it goes in for two anyway: 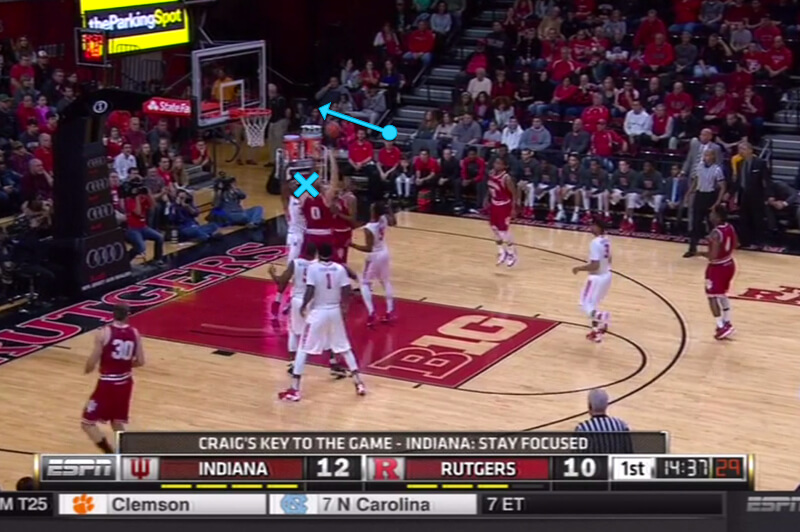