Later in the first half, Bielfeldt sets a ball screen at the top of the key for Robert Johnson. D.J. Foreman lingers near the charity stripe: 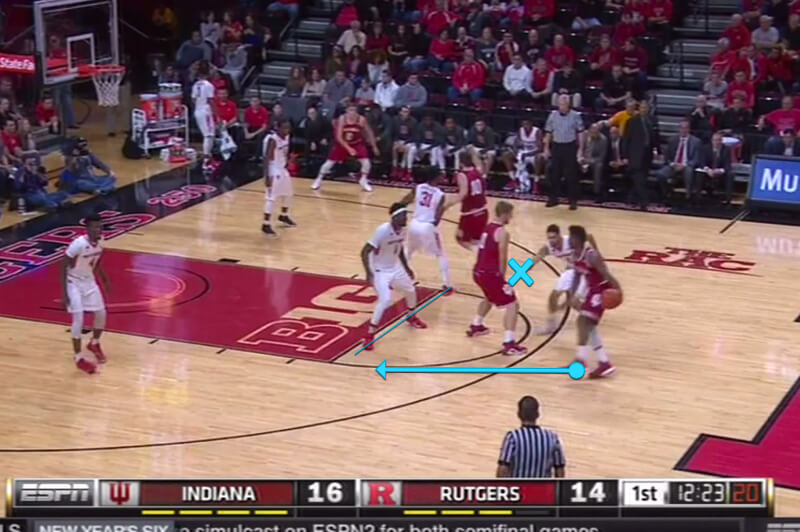 Johnson takes the ball down the left side of the lane and Foreman shades over to him. Bielfeldt calls for the ball: 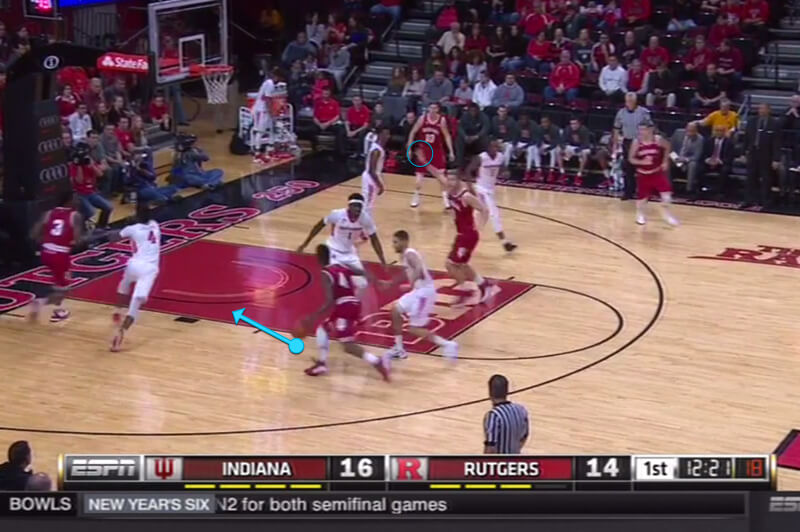 Foreman shades back towards Bielfeldt for a split second, but as Johnson goes up for the shot, he comes over for a shot block attempt. This allows Bielfeldt position for a rebound: 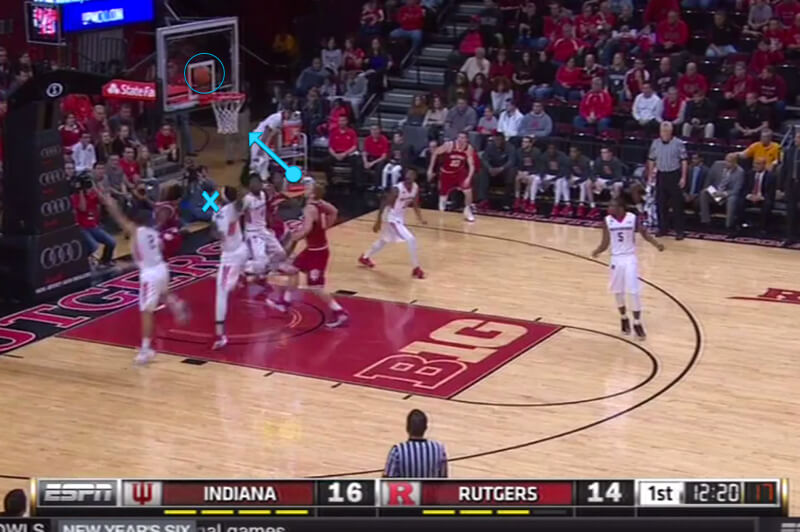 After the ball hits the rim once, Bielfeldt times his jump perfectly on the tip-in for two points: 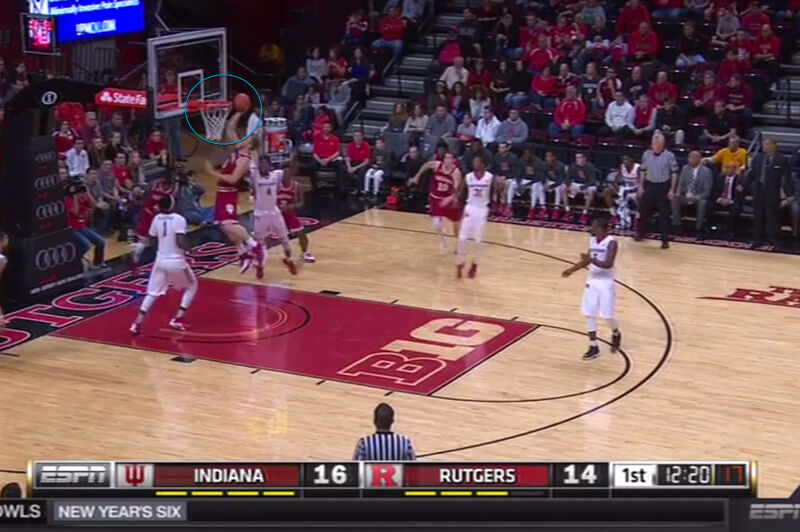