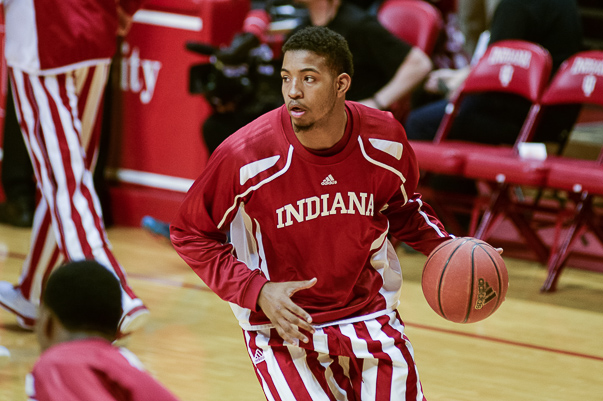 Devin Davis and Hanner Mosquera-Perea have been dismissed from the Indiana men’s basketball program for “not living up to their responsibilities to the program,” IU announced late Thursday afternoon.

“Indiana men’s basketball announces that sophomore Devin Davis and senior Hanner Mosquera-Perea have been dismissed from the program effective immediately for not living up to their responsibilities to the program,” a release stated.

Davis was cited on Monday evening for possession of marijuana when officers arrived at a dormitory room on IU’s campus after receiving a complaint about the smell of burnt marijuana. Mosquera-Perea, who was not cited, was with Davis in that room.

Indiana announced an indefinite suspension for Davis on Tuesday and also said that it was reviewing Mosquera-Perea’s involvement in the incident.

Davis, a Warren Central product, missed the entire 2014-2015 season following his involvement in a car accident in the early hours of Nov. 1, 2014, after which he has battled a traumatic brain injury.

Mosquera-Perea, meanwhile, was suspended during part of the 2013-2014 season for a DWI arrest. He started 22 games for the Hoosiers this past season, averaging 6.5 points, 4.3 rebounds and 1.3 blocks per game.