After re-entering the game after a brief breather with 6:56 to go, Yogi Ferrell was heavily involved in Indiana’s offense down the stretch in its narrow loss to Maryland on Wednesday evening. He scored eight points and dished out an assist doing work both on and off the ball.

A look at his contributions in the latest edition of Film Session:

Ferrell has the ball out near the left hashmark as Collin Hartman and Troy Williams line up near the top of the key. The crowd chants “AIRBALL” at him: 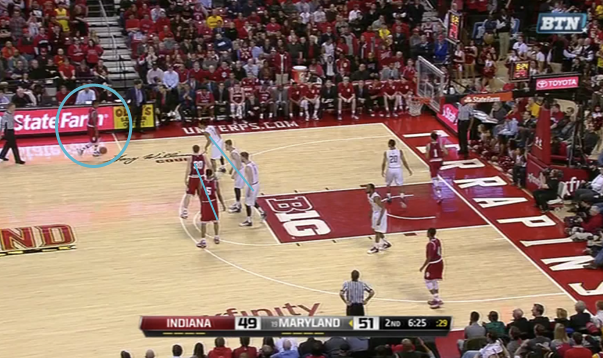 Hartman has Williams move up to set a ball screen: 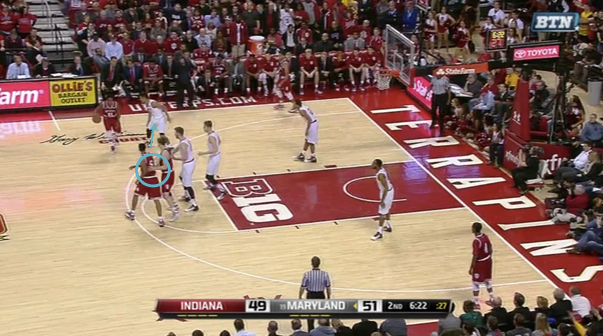 He goes and Ferrell comes right with it: 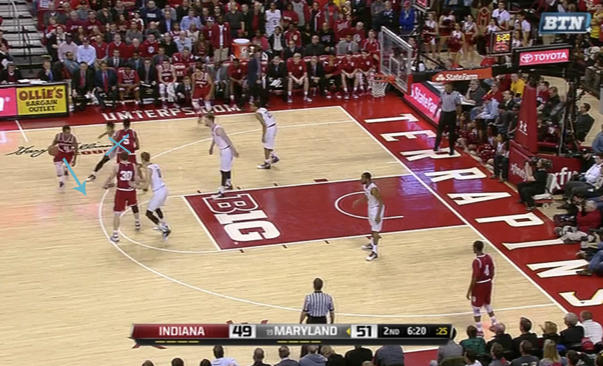 Jake Layman comes up hard to ward off a paint drive from Ferrell and then slides over to the right wing with him. Melo Trimble switches onto Hartman as Hartman heads to the left corner: 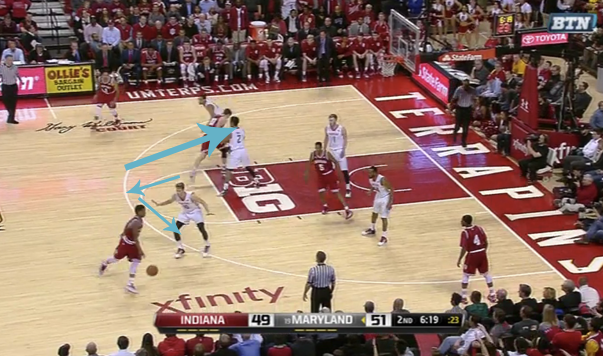 Seeing the mistmatch, Ferrell uses his speed to go by Layman on the left: 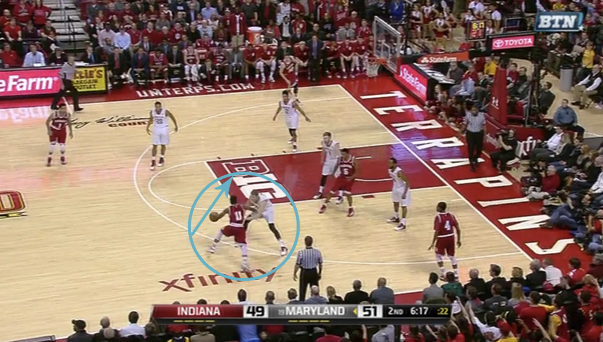 Once in the lane he’s by Layman and gets Evan Smotrycz on his back heel to give him room to score on the left block. Dez Wells makes sure Ferrell doesn’t have the option of pitching to Troy Williams out of the short corner: 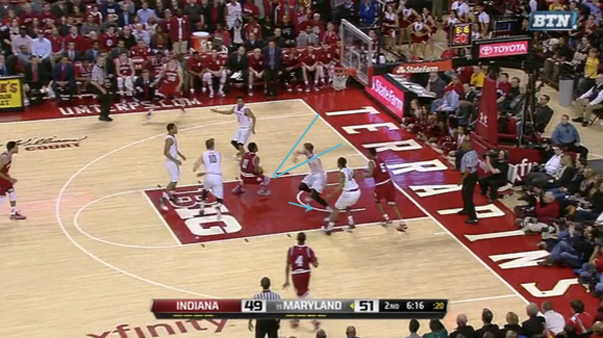 Smotrycz is able to give a strong pursuit of the ball, but Ferrell’s able to get it up and over him for a tough score to tie the contest: 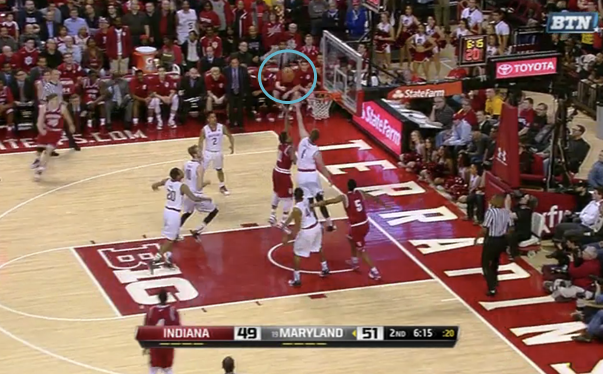