James Blackmon Jr. gets a ball screen from Hanner Mosquera-Perea as Ferrell sets up in the right corner: 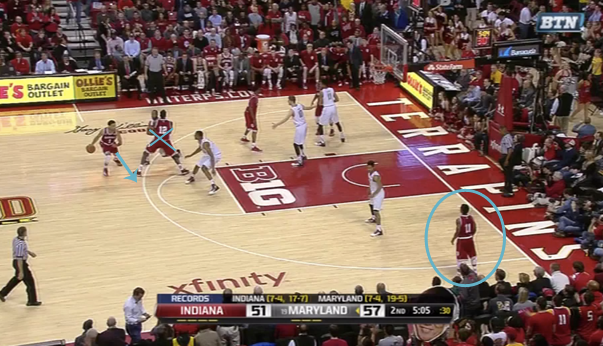 As Robert Johnson comes up from the left baseline, Blackmon Jr. makes the pass. Ferrell then begins to rotate around the floor: 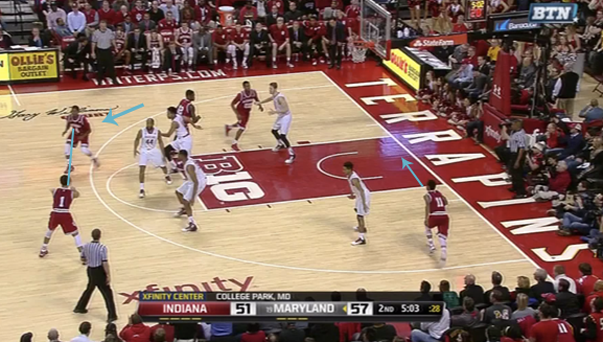 Ferrell looks for a pick from Robinson, but Trimble is able to get by it with no body contact: 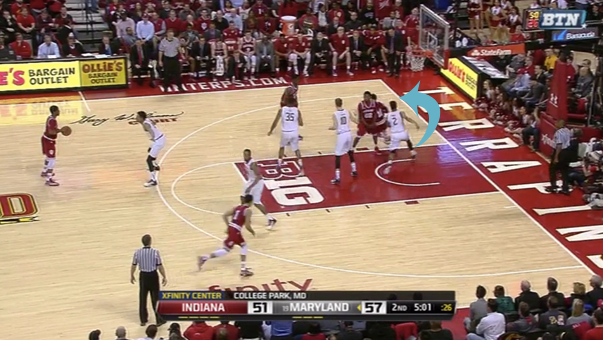 He’s also able to get by Mosquera-Perea with no contact, but Ferrell still has steps on him as he receives the ball from Johnson: 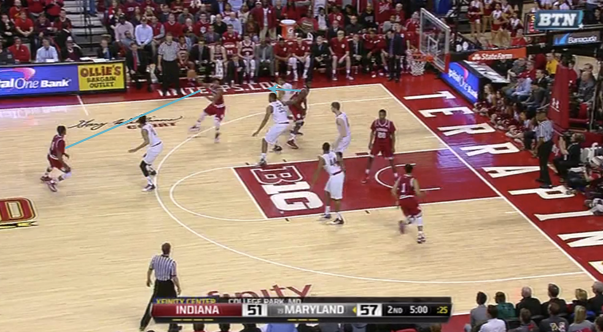 Ferrell busts a move into the lane and Jared Nickens decides to leave Johnson and bring help. This leaves Johnson room to slide over to the right wing: 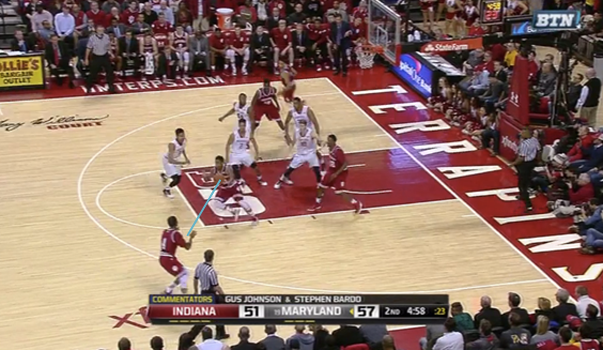 He then looks for Nickens and rubs him off a bit as he tries to close out. This gives Johnson extra time to square up: 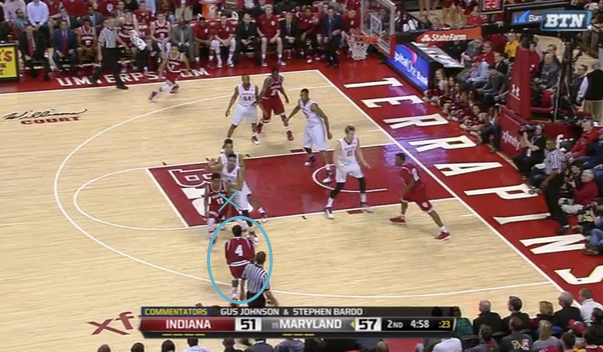 And knock down the shot: 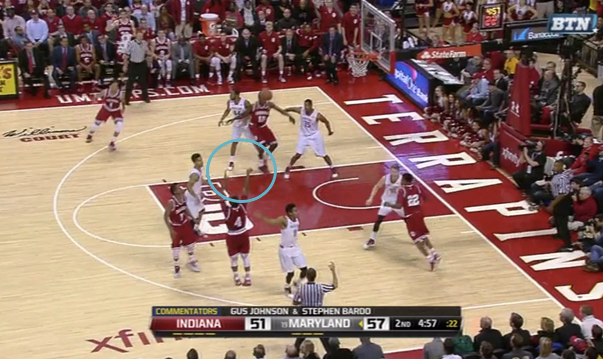