With just under 20 second to play, Hartman inbounds to Ferrell with him on the move. Trimble tracks him to his left: 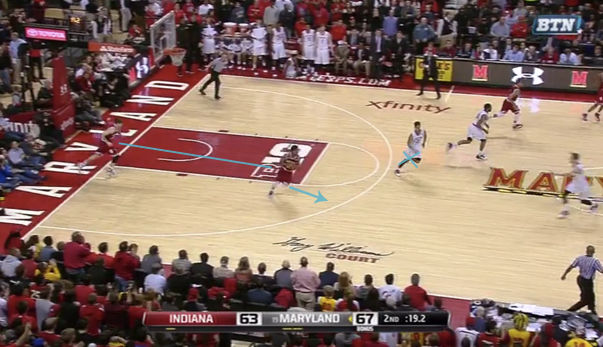 Layman decides to come up and disrupt Ferrell’s flow, but he simply hesitates and crosses over right to get by him with Trimble still on his left side: 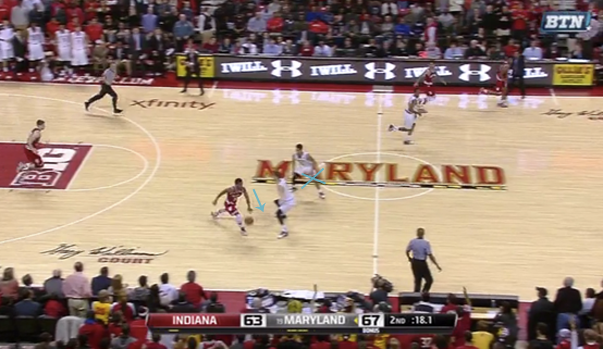 Ferrell’s speed allows him a step on Trimble as Nickens is ahead on the right wing: 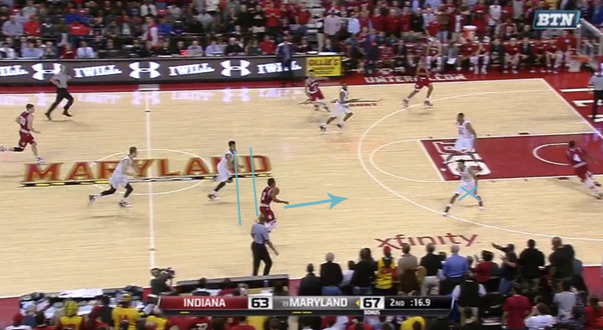 But Nickens, weary of a pass to someone behind him, never really fully commits up to Ferrell and he rises up to bang down the triple to pull Indiana within one: 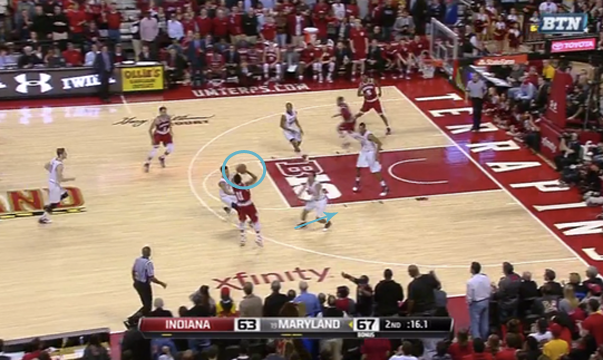 Just pure speed and shooting ability from Ferrell on this crucial score.