We’ll take a look at what the Badgers did to the Hoosiers in the latest edition of Film Session:

After winning the tip, the Badgers go right to work to exploit their height advantage. Frank Kaminsky sets a pick for Nigel Hayes under the basket: 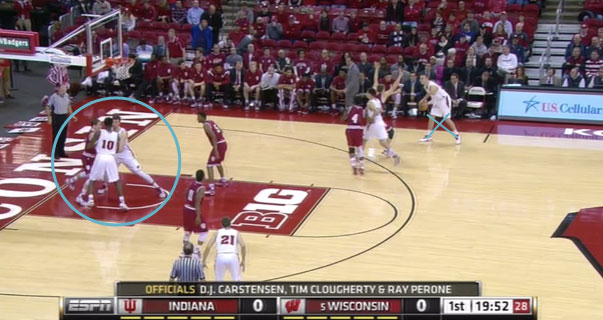 As Hayes looks to establish position on the right block, Nick Zeisloft fronts him. Kaminsky heads to the top of the key: 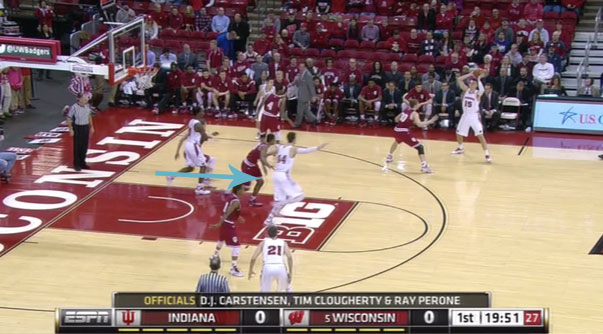 Kaminsky receives the ball. There’s now a different angle to try and dump the pass into Hayes: 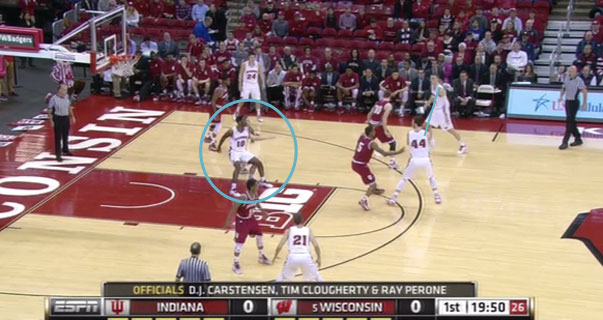 So Kaminsky leads him away from Zeisloft on the entry pass: 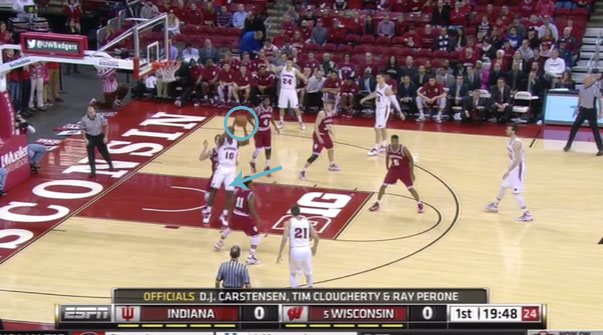 From there it’s just a turn over the shoulder and shot over Zeisloft for the score. Simple stuff: 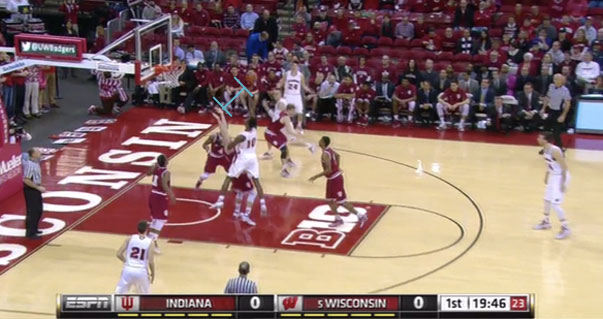 While Zeisloft has provided great 3-point shooting and leadership to this Indiana squad, he’s simply no match for the bigger Hayes in the paint. This isn’t the first time Zeisloft has had to deal with superior size and strength in the paint on the road, as Jae’Sean Tate had his way with him in the second half of Indiana’s loss to Ohio State in Columbus.