The Hoosiers emerged victorious against UNC Greensboro, but the defensive issues remained.

We’ll take a look at two Hanner Mosquera-Perea scores — where he did a Troy Williams impersonation — and some defensive lapses against the 3-ball in the latest edition of Film Session:

Williams passes to Yogi Ferrell with Ferrell’s man cheating to his right: 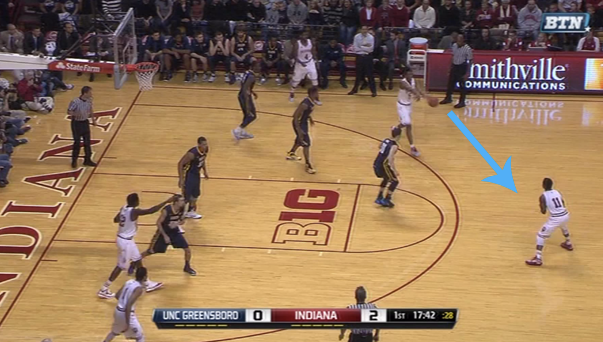 This allows Ferrell some space left and he takes it. Mosquera-Perea is lingering on the left baseline: 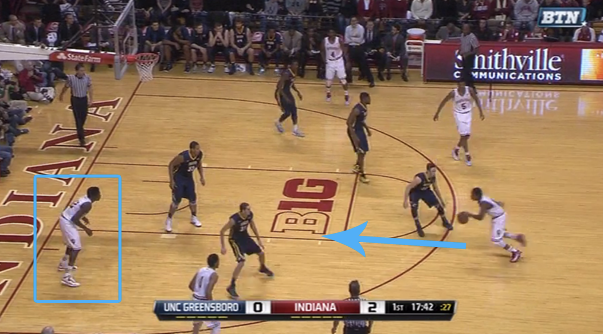 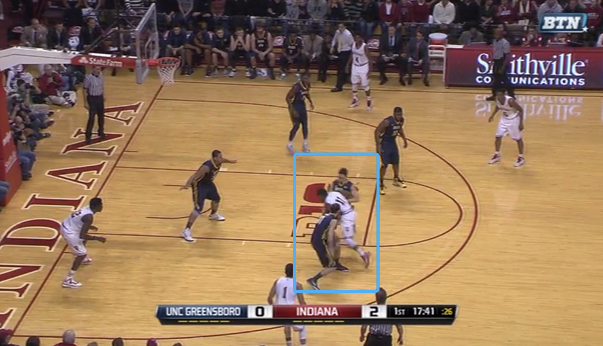 Ferrell threads the pass around as he attracts Mosquera-Perea’s man: 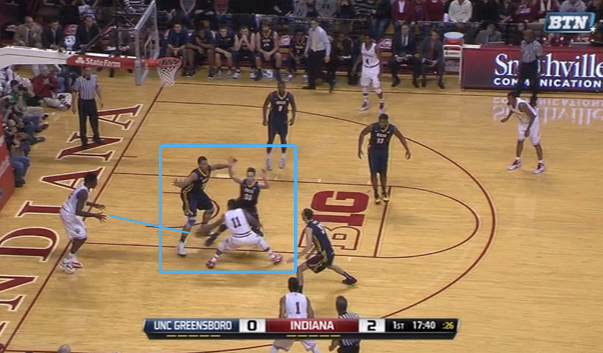 The junior takes it around and in front of the basket. He’s fouled and hits two free throws: 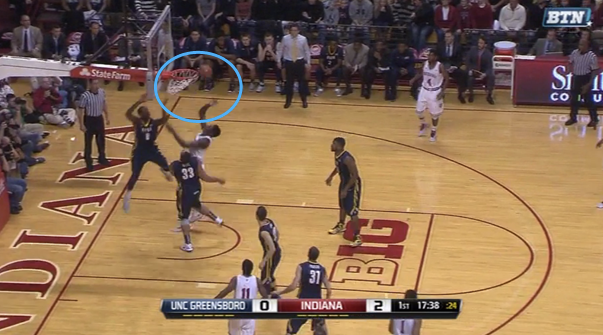