Nicholas Paulos screens Williams in the middle of the paint: 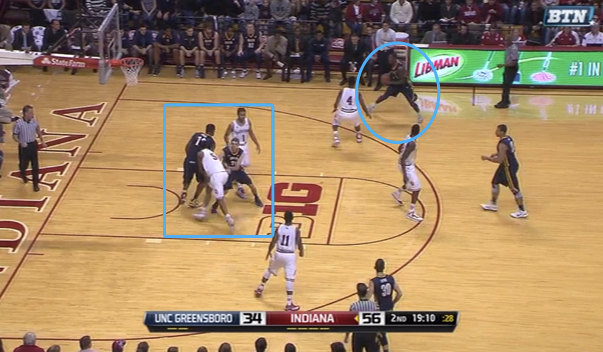 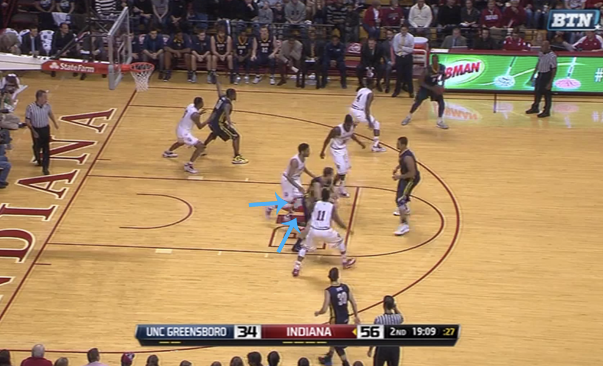 Ferrell continues picking up Paulos as Blackmon Jr. has fought around a screen. They’re both near the top of the key and Byrd remains wide open after Paulos receives the pass: 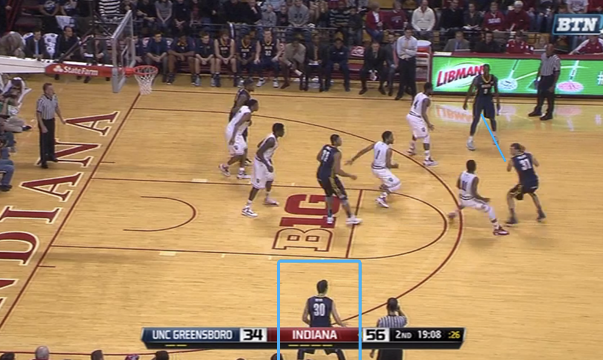 He passes the ball to Byrd as Blackmon Jr. tries to close out: 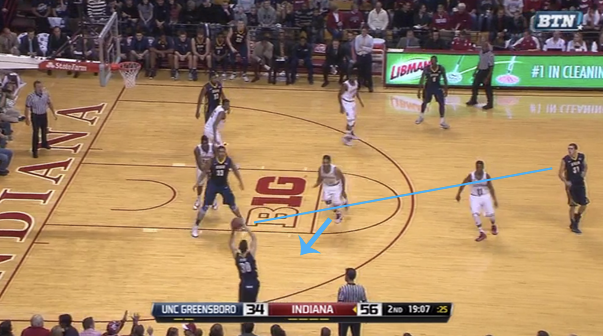 He’s able to get a hand up, but Byrd hits the 3-pointer: 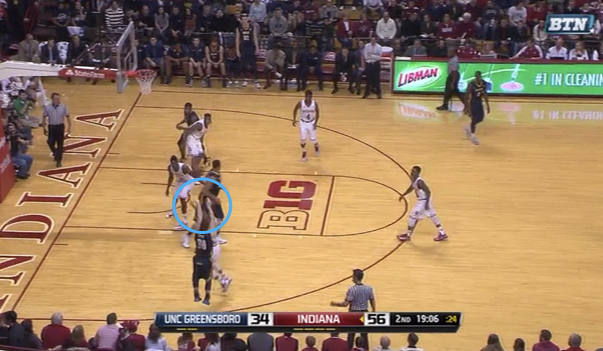 Paulos killed the Hoosiers from distance in the first half, but the Hoosiers lack of communication and over attention to him when he released from the initial screen doomed them here.