After a strong Wisconsin start to the second half, Indiana found itself down eight with 11 minutes and change remaining in the ballgame. Yogi Ferrell and Noah Vonleh hadn’t seen the court in a few minutes.

But while the Hoosiers usually struggles to score with them out, they were able to pump in some quick baskets against Wisconsin’s lacking D and get some stops of their own during a crucial stretch of the game. When Ferrell and Vonleh re-entered at the 10:24 mark, Indiana trailed by four — 52-48.

Just a minute and half of game time later, the Hoosiers were up 54-52 and would go back and forth with Wisconsin before securing victory.

A look at four scores from this period of Indiana’s win in the latest edition of Film Session: 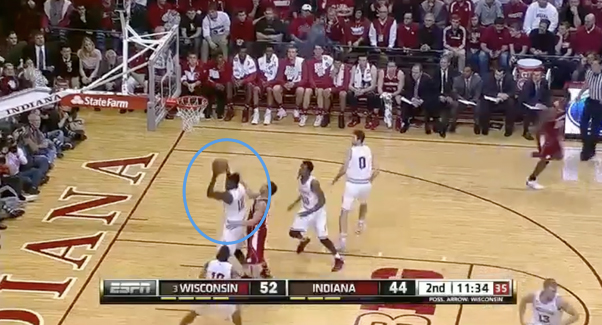 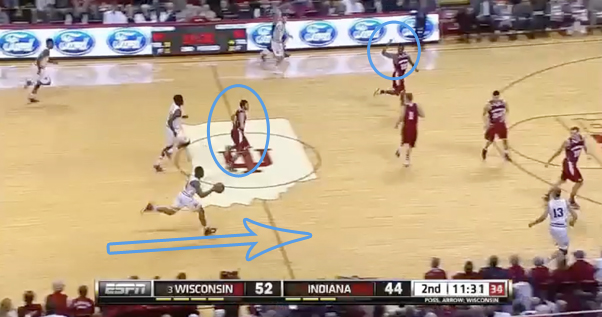 As Hayes still has a hand up for someone to snag Sheehey, no one does. He sneaks behind the D and Gordon sees it: 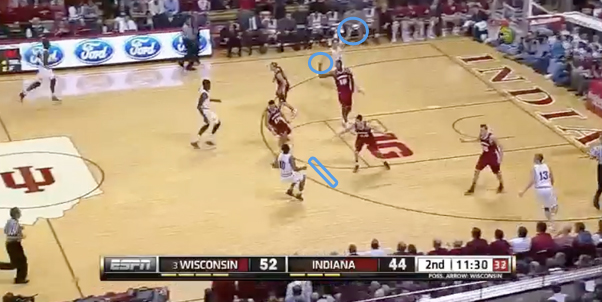 As Gordon makes the pass, Sheehey has position at the hoop. Jackson notices it and begins a pursuit: 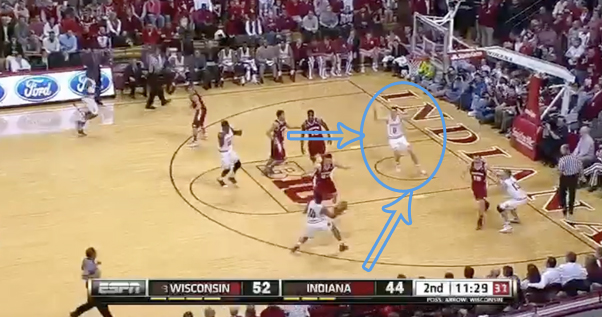 Sheehey gets Jackson up in the air: 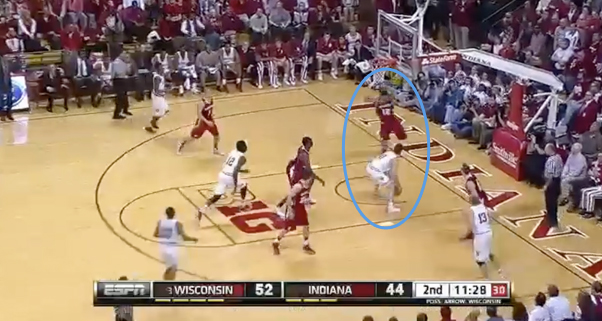 And scores to pull the Hoosiers within six: 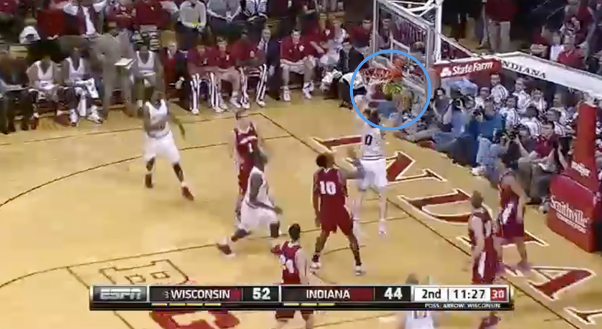