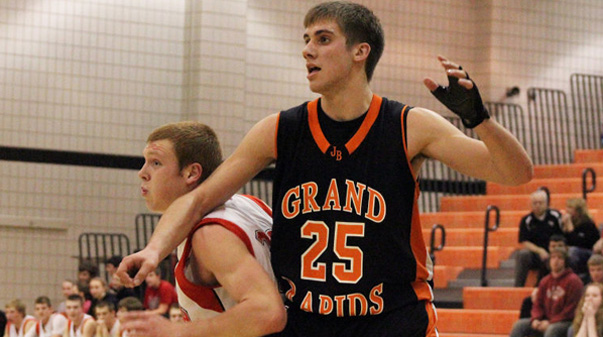 Alex Illikainen, a class of 2015 forward from Grand Rapids (Minn.), will be in Bloomington this weekend for an unofficial visit. He confirmed his plans to visit to Inside the Hall in a text message on Thursday morning.

Illikainen, a 6-foot-9, 215-pound power forward, is the No. 56 player nationally according to the 247Composite and has scholarship offers from IU, California, Creighton, Iowa State, Minnesota, Nebraska and a few others.

Indiana extended an offer to Illikainen after watching him in July and he spoke to Inside the Hall in August about his interest in the program.

“It’s a great place to go to school,” he said. “I want to go down and visit and just see what it’s like down there. Great tradition. And then it’s a great school academically. They also play in the Big Ten.”

This weekend’s visit will be his first to Bloomington.

In August, Illikainen said the primary strength of his game is around the basket, but in college, he hopes to be able to play either forward spot.

“I’ve been working on a lot on my perimeter jump shot and my 3-point shot, dribbling, ball handling, that kind of stuff,” he said. “My goal is to be able to play both (the three and the four).”