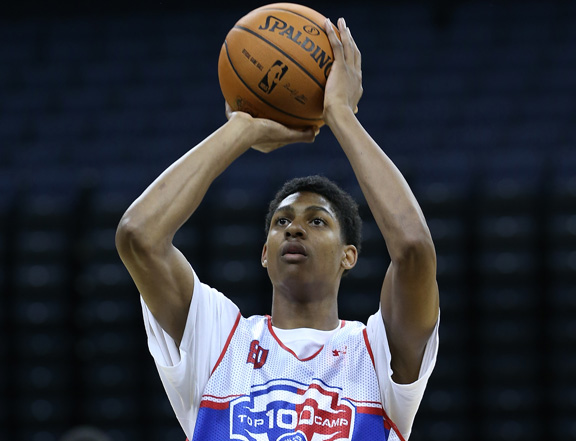 One of Indiana’s top recruiting targets in the class of 2014 will soon make an announcement on where he’ll play next season.

According to Evan Daniels of Scout.com, Christchurch (Va.) forward Devin Robinson will announce his decision on Wednesday, Oct. 30 at 3:30 p.m. Robinson’s AAU coach, Tony Squire, confirmed the announcement plans in a text message to Inside the Hall.

Robinson, the No. 21 recruit nationally in the 247Composite, is considering four schools: Florida, Indiana, Notre Dame and Oklahoma State.

Each of his his finalists received an official visit.