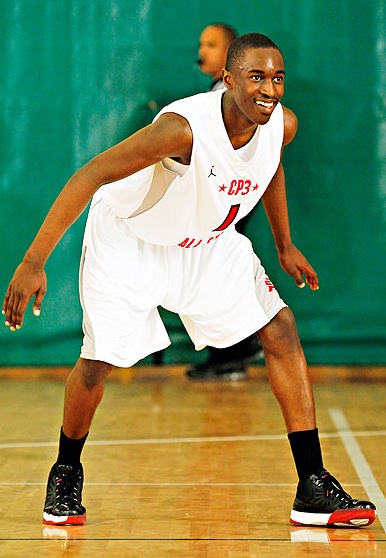 One of Indiana’s top recruiting targets in the class of 2014 is ready to announce where he’ll attend college.

As first reported by Dave Telep of ESPN.com, Theo Pinson, a consensus five-star small forward from Wesleyan Christian Academy (N.C.) will make a verbal commitment on Wednesday afternoon at 12:15 p.m. at his school.

Indiana has pursued Pinson diligently in recent months, making several stops to see him lead Wesleyan Christian to a state championship in March. The Hoosiers staff also maintained a presence for many of Pinson’s games with the CP3 All-Stars in the two April evaluation periods.

Last weekend at EYBL Dallas, Pinson told Inside the Hall that he wasn’t ready to name a leader in his recruitment, but that IU was “looking good right now.”

Through 13 Nike Elite Youth Basketball League (EYBL) games this spring, Pinson is averaging 13.6 points, 5.5 rebounds, 2.2 assists and 2.2 steals per game. He’s shooting 45.4 percent from the field and 78.1 percent from the foul line.

Indiana has one commitment in the 2014 class — James Blackmon Jr.