Indiana took a 25-21 lead on the Buckeyes after a Christian Watford left wing 3-pointer at the 4:49 mark in the first half on Tuesday night. But from there, the Hoosiers failed to register a point the rest of the half, and entered the break down 28-25. It was a drought in which the seeds of Ohio State’s second half defense were sown; the Hoosiers were without Cody Zeller and Victor Oladipo as both were saddled with two fouls on the bench, and Ohio State recorded steals and blocks on an Indiana offense that had no answers.

A look at four empty trips for the Hoosiers during this stretch in the latest edition of Film Session:

I. With the shot clock at 22 seconds, Jordan Hulls cuts into the lane and Will Sheehey thinks about throwing him a pass: 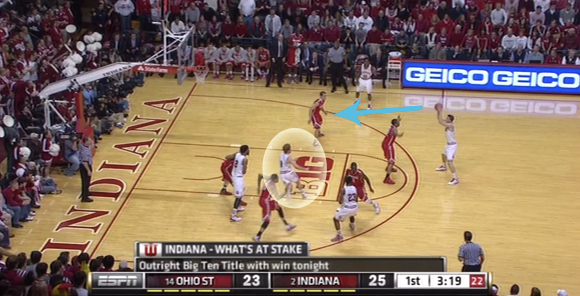 With Ohio State’s length lurking, Sheehey opts to swing it to Remy Abell on the left wing and he’s looking for Christian Watford on left high block. But DeShaun Thomas is fronting: 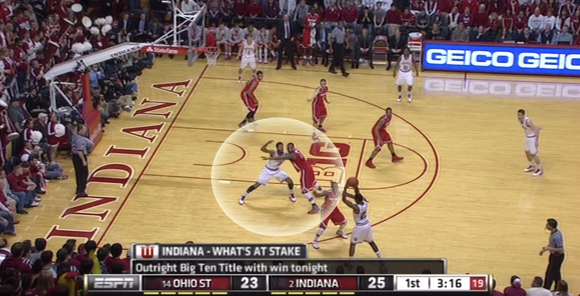 As the ball swings back around right, Watford again is looking for the ball, and Sheehey decides against it with Thomas again doing great work on denying him the ball: 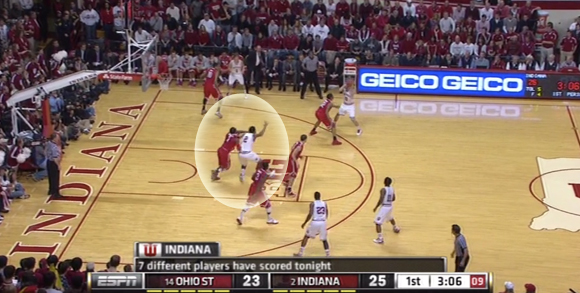 With the shot clock winding down and Indiana not able to get a strong look, Yogi Ferrell makes something out of nothing by driving to the hoop on Aaron Craft off the perimeter: 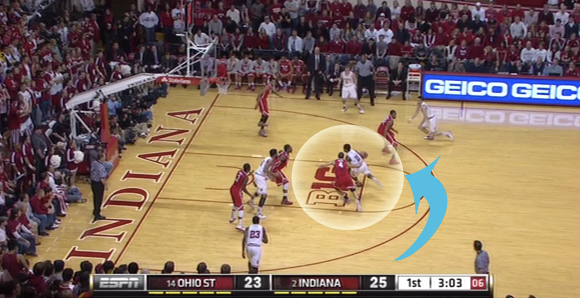 But Thomas brings help and block Ferrell’s attempt at the rim: 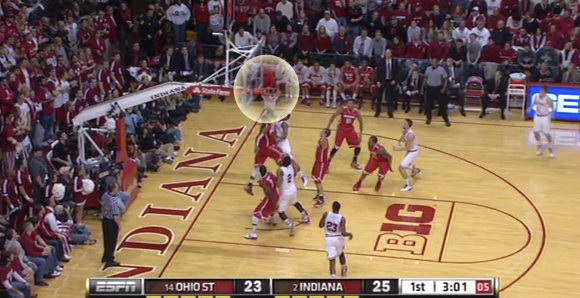 With three seconds left on the shot clock on the inbounds, Craft and Shannon Scott follow Jordan Hulls and leave Ferrell wide open — one of the few defensive mistakes during this stretch: 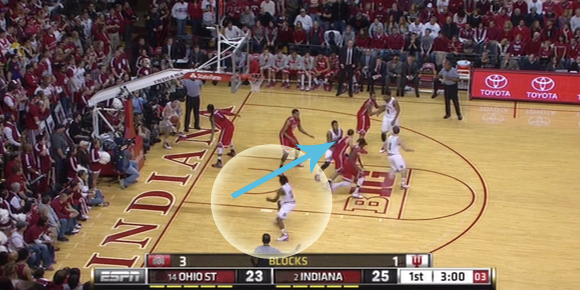 But Sheehey sees him too late and by the time he gets the ball under the basket, he’s being heavily contested by the much larger and longer Lenzelle Smith Jr. Ferrell has difficulty getting off a good look on him in such a short time, and Thomas is there to pick up the rebound on Ferrell to end IU’s possession: 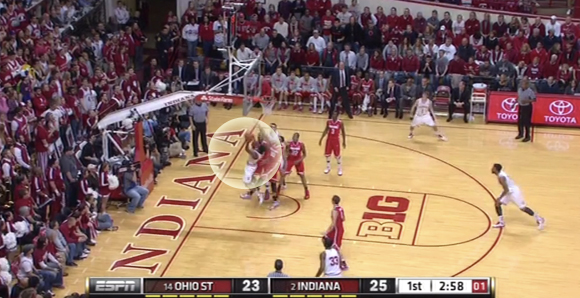