II. Here Hulls gets a ball screen from Watford: 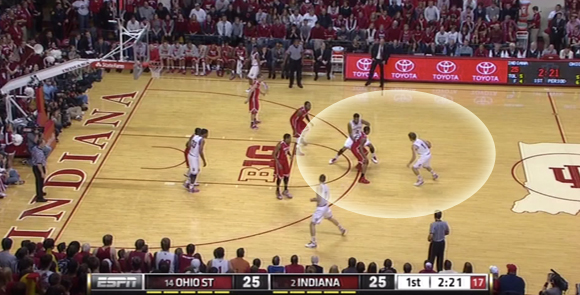 But Hulls has nowhere to go as Smith Jr. and Thomas cut him off. So he swings the ball to Jeremy Hollowell: 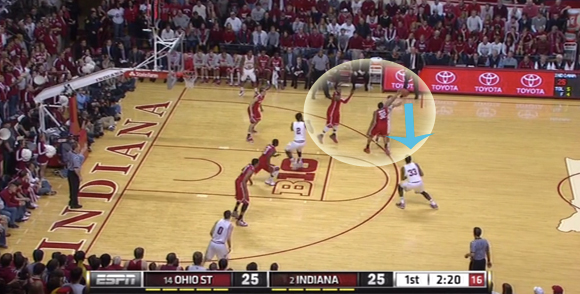 Hollowell tries sending an entry pass into Watford, but here’s Thomas again outworking him and knocking away the ball. As Thad Matta said after the game, the Buckeyes knew IU was trying to get Watford the ball in this game, and they were ready for it: 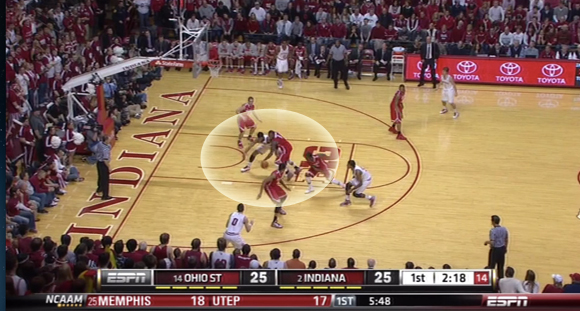 It heads over into the left corner and as Sheehey picks the ball up, we do see Ohio State’s defense imbalanced after a chase of the ball as he passes to an open Hollowell. But Sheehey is fouled on the play and missed the front end of a one-and-one. So it’s another empty trip: 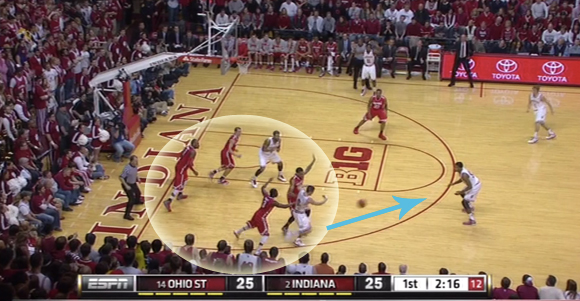