III.  Hulls makes a skip pass to an open Watford on the left wing, as Thomas starts to close out: 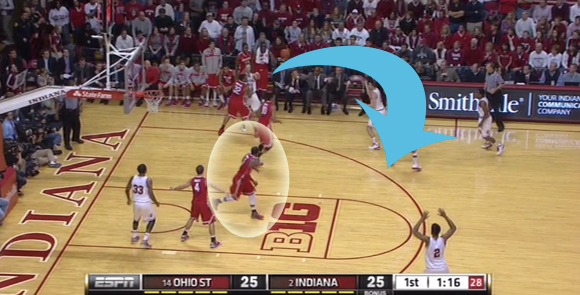 Watford doesn’t shoot the 3-ball and fakes left on Thomas as he tries driving right on him: 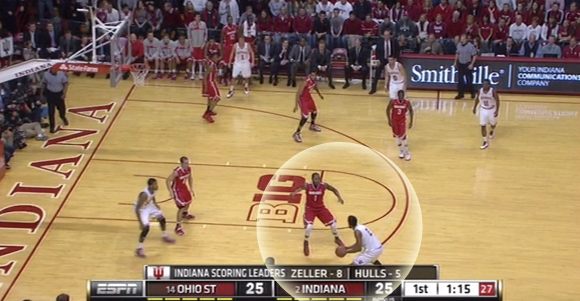 But Shannon Scott sees it all coming — Watford is scouted as a player who likes to drive right off that left wing if he doesn’t shoot the 3-pointer — and gets into the action and strips the ball from Watford: 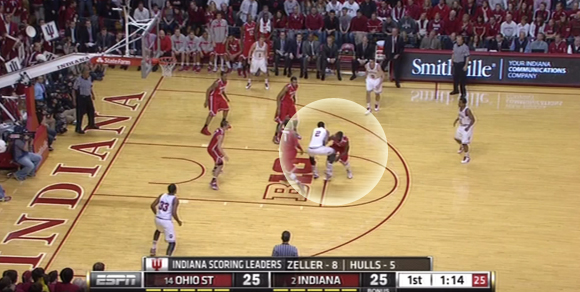 Craft ends up picking up the loose ball and he’s off to the races: 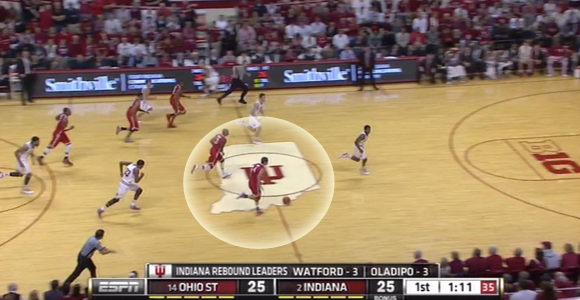 He would score, get fouled and make the and-1: