IV. With the shot clock just a few ticks under the game clock, Ferrell is pushing the ball before half: 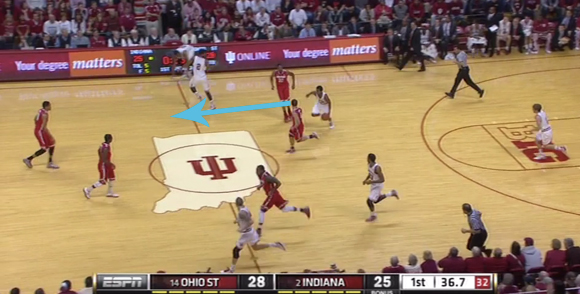 He ends up getting stopped by LaQution Ross, but Ferrell turns back from the baseline and makes a move to the paint: 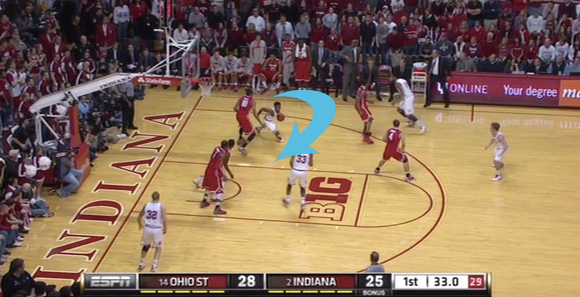 He picks up his dribble: 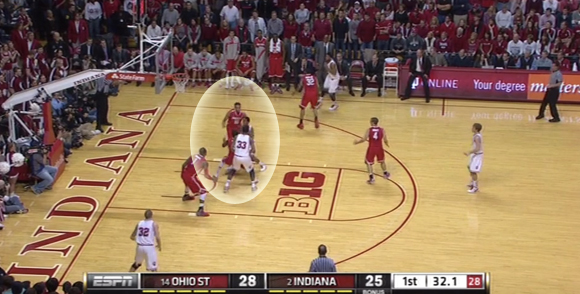 And as he goes up, he gets blocked at the rim once more and Ohio State recovers for the final possession of the half, one it didn’t score on: 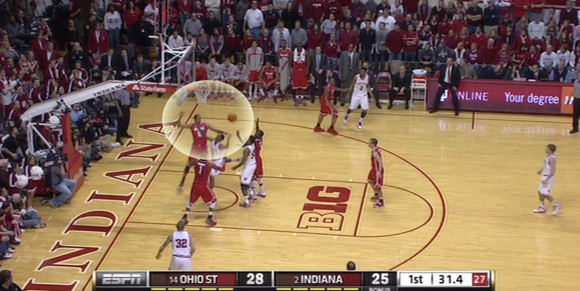