Around the Hall: Vitale, Plumlee, Poole and more 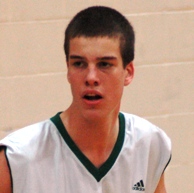 Around the Hall is recommended reading from the Inside the Hall crew.

+ Indianapolis Star columnist Bob Kravitz talks to Dick Vitale, a long-time advocate of a Bob Knight return to IU, about whether he thinks the former coach will show up in Bloomington. Former H-T sports editor Bob Hammel also gives his take. {Indianapolis Star}

+ Stacey Poole Sr. says that his son, Stacey Jr., now has Kentucky as the No. 1 school on his list. {Louisville Courier-Journal}

+ 2010 forward Brandon Mobley, an AAU teammate of 2010 commitment David Williams, will visit Bloomington in November and has the Hoosiers in his final three schools. {Indiana Daily Student}

+ Florida International threatens to withdraw from the Coaches vs. Cancer Tournament if the Panthers have to open the event against North Carolina rather than Ohio State. Either way, they’re still losing by 20+. {ESPN.com}